In the best match led by national coach Paul van Ass, the Dutch national team booked a wonderful victory over Great Britain on the night from Friday to Saturday. Some attacks that scored in hot Santiago del Estero were a feast for the eyes: 6-0.

With a smile on his face, Van Ass walked into the field after the horn sounded to shake hands with his players, after the Orange defeated the British for the second time this week. Large parts of the match, perhaps with the exception of the third quarter, will have pleased the national coach. The highlight of the evening was the beautiful 4-0, a tip-in at the far post by Marente Barentsen, after Great Britain had been completely lost after brilliant tiki-taka hockey. The ball also went smoothly from stick to stick on a number of other goals.

Also with young players Rosa Fernig (22 years old, second international match) and Luna Fokke (21 years old, third international match) within the lines, for the first time this Pro League season, the Netherlands therefore recorded a victory for the third time this week. The difference in level with the British was huge, although they clearly had tired legs. For them it was their second game in 24 hours, after the clear defeat against Argentina (0-3). 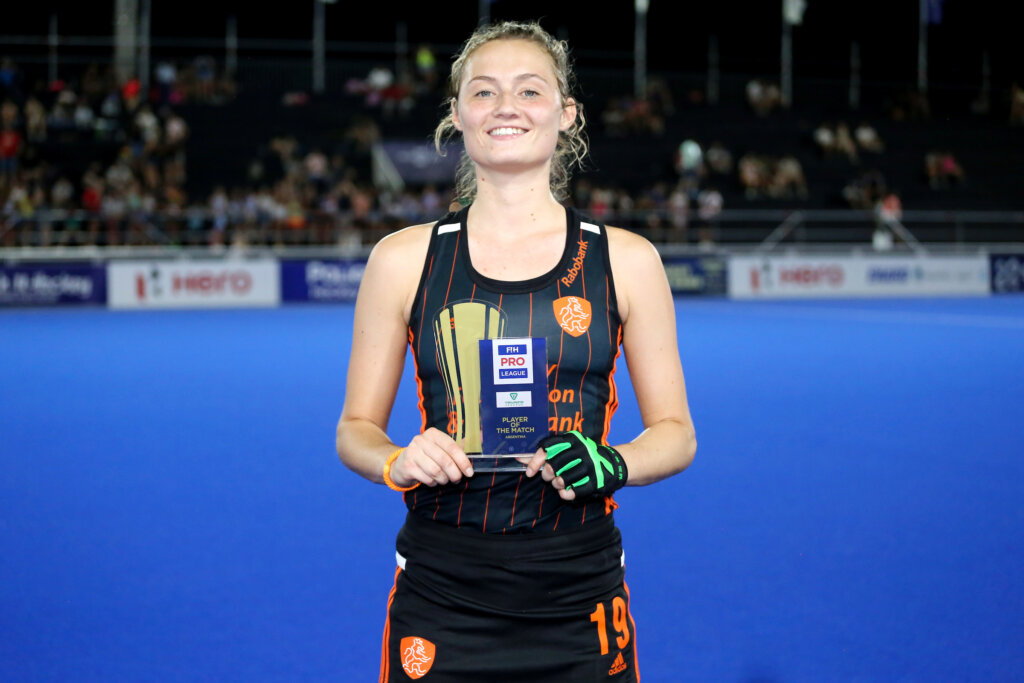 The Netherlands was much better

And that while the Orange was still frightened early in the game. Under pressure from the British, keeper Josine Koning, who again stood under the crossbar for the entire match due to knee complaints from Anne Veenendaal, shot the ball with her left foot into Fiona Burnet’s stick. But the completion of the Great Britain attacker was particularly mediocre. Burnet opted for the short corner, but hit the ball meters wide under pressure from defender Rosa Fernig.

That moment could have resulted in an early goal against, but in the end it turned out to be the only serious chance the 2016 Olympic champion created. The Netherlands was much better than the opponent. What was striking: every time as soon as the Dutch lost the ball, Van Ass’s team put pressure on with all their might, the opponent was chased off and often won the ball back within seconds. With the Netherlands in possession, the pace was many times higher than when the British had the ball.

It quickly resulted in the first goal of the game, after nine minutes of hockey. A pass from Yibbi Jansen was accepted in the circle by Marijn Veen. With some luck, the striker of Amsterdam got the ball out of the turn, after which it landed perfectly in front of her backhand and she shot it hard against the board, through the legs of keeper Sabbie Heesh: 1-0. 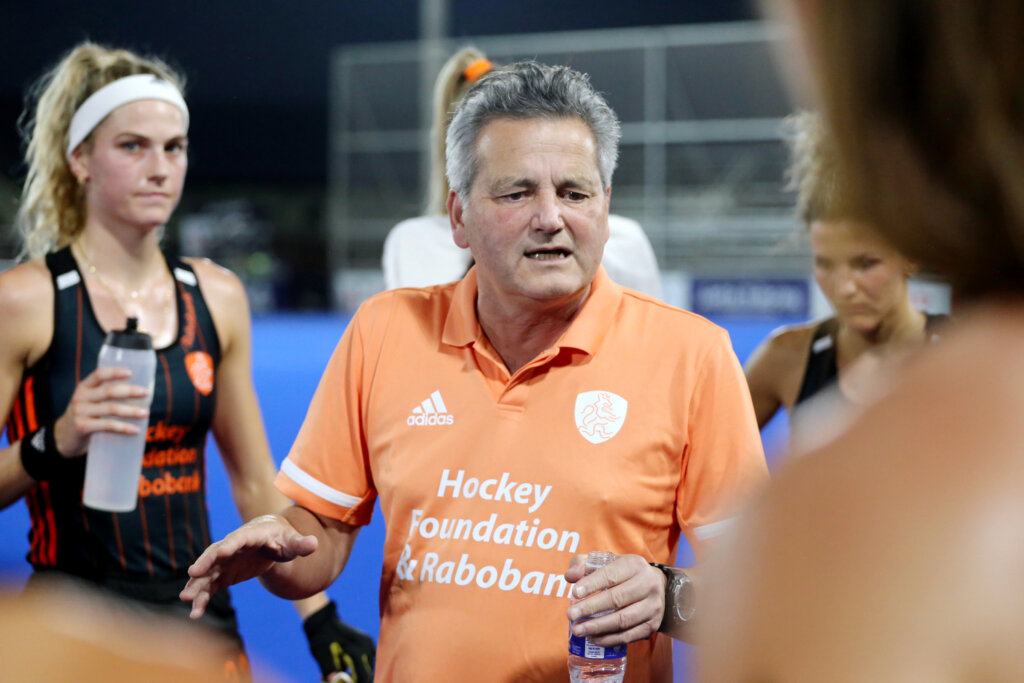 The 6-0 win against the British was the best game led by Paul van Ass. Photo: WorldSportPics/Rodrigo Jaramillo

The Orange quickly ran out to 3-0

Certainly the 2-0 was a goal that Van Ass probably likes to see. With a remarkable number of players lined up high on the field, the Netherlands put pressure on Great Britain. At the height of the 23-meter line, it was defender Sanne Koolen – far ahead – who captured the ball. Pien Dicke then passed the ball to Felice Albers with a wonderful one-two. Without hesitation, the World Player of the Year shot the ball into the long corner: 2-0.

The fact that it did not become a complete massacre for the British early in the game was mainly due to their goalkeeper Heesh, who prevented a number of goals against with a few saves. Nevertheless, the 3-0 fell quickly, from the fifth penalty corner of the game. After the ball was incorrectly indicated, it came in front of Marijn Veen’s stick, who fired a shot at goal. Declarer Pien Sanders quickly approached the post and tipped the ball into the goal in front of Heesh’s stick: 3-0. 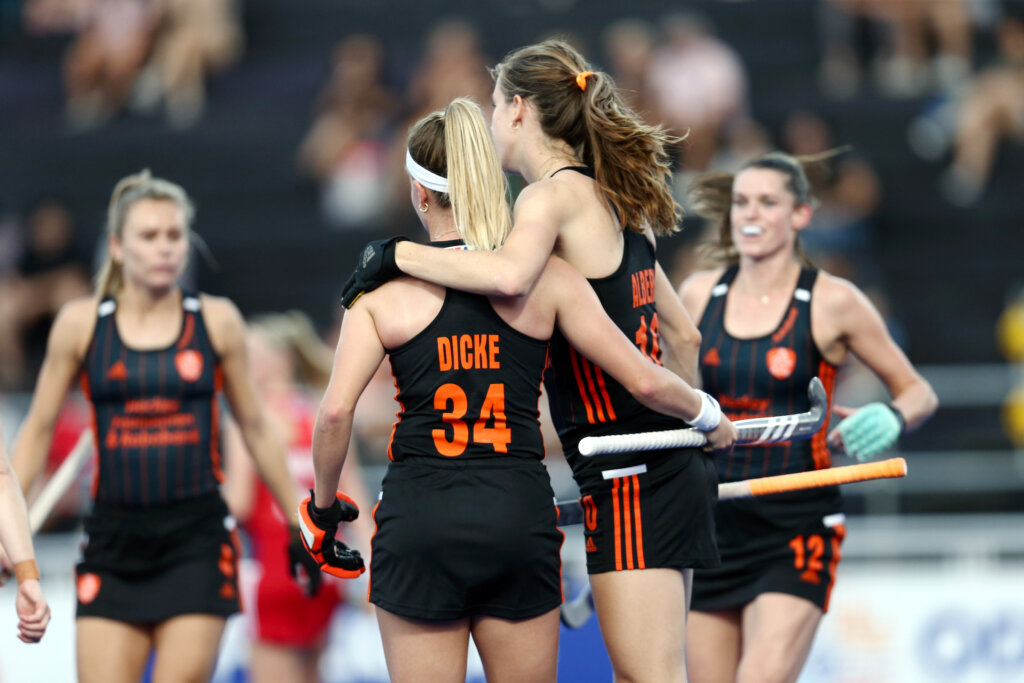 Felice Albers and Pien Dicke were at the basis of the 2-0. Photo: WorldSportPics/Rodrigo Jaramillo

In the third quarter, the level of the Netherlands dropped. The Orange tried to further destroy the opponent at a high pace, but just like with the exhausted British, the energy in the Netherlands slowly but surely drained away. The third quarter passed slowly at one point, without serious chances being created or penalty corners being decorated.

But the highlight of the game was yet to come, the 4-0 at the start of the fourth quarter. A gem of an attack across multiple disks. In the corner of the field, Albers combined through a wonderful one-two with Veen towards the ashes. From the back line, the tall player put the ball back to Nunnink. Instead of shooting, she kept the overview and smoothly passed the ball towards the far post. Barentsen was lined up there, who put her stick on the ground and tipped in her first international goal. It was a brilliant attack, in which the British were completely played to shreds.

The 5-0 was also brilliant, a wonderful combination between Albers and Fokke, rounded off by Veen. Lidewij Welten then shot in with her backhand to make it 6-0. Then it stopped there. It remains to be seen whether the Orange can also play the wonderful combination game against Argentina on Saturday evening (11.10 p.m.), in the last game of this Pro League four-part series.