The Oranje Dames Zaal will face Germany in the European Championship final on Saturday afternoon. The team of national coach Kristiaan Timman qualified for the final battle on Friday evening by beating Ukraine in the last group match with big numbers: 12-1.

The Dutch women now have less than twenty hours to prepare for their fifth consecutive European Championship final. It is scheduled for Saturday at 3.35 p.m. in an undoubtedly ram-packed and hostile Sporthalle Hamburg.

The Orange had a dream start against Ukraine: within thirty seconds the team had taken its desired 1-0 lead. It was Laura van Heugten who was able to storm into the circle on the right after a fast free ball. Her shot was smothered by Ukrainian keeper Alina Fadieieva, but still rolled over the goal line.

In the minutes that followed, the Netherlands kept the Ukrainian women under pressure. Noor de Baat was cleared twice, but her shots lacked power. Just before the break, the versatile midfielder from Amsterdam did better: served by a nice diagonal pass from Lieke van Wijk, she finished skillfully: 2-0. 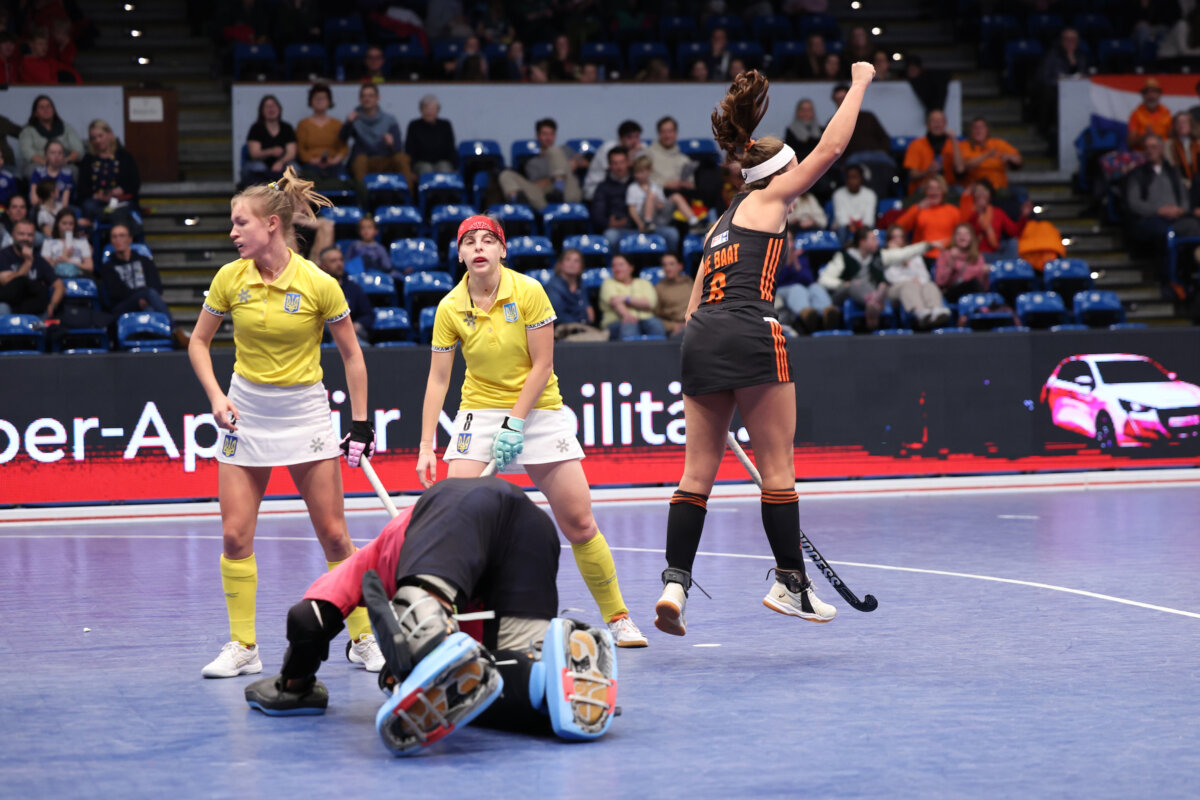 Noor de Baat cheers after her goal against Ukraine during the European Championship Hall in Hamburg. Photo; William Vernes

Even before the break, a very strong Orange walked further away from the opponent. Anna de Geus outwitted Fadieieva from the right corner (3-0) and Elin van Erk simply tapped in the 4-0 after a beautiful combination via Van Wijk and De Baat, who turned freely like a ballerina before serving Van Erk with her backhand .

After the break, the Orange may have been even more eager than after the first whistle. Where Donja Zwinkels couldn’t crown her good game earlier in the day against Germany (2-4 loss) with a goal, it now hit twice within two minutes: first after a one-on-one with the keeper (leep ball with her backhand) and then via a tip-in on a  trademark  rock-hard pass from Van Wijk.

Barely two minutes later, the same Van Wijk had a major share in the 7-0 with a next pass, which was credited to Pam Imhof. Kampong’s attacker only had to put down her stick to score her third goal of the tournament. For Van Wijk it was assist number three of the game.

Even before the end of the third quarter, Van Wijk herself also scored as a goal scorer: she used a penalty shot after a penalty corner attempt was turned on the goal line by a Ukrainian foot. 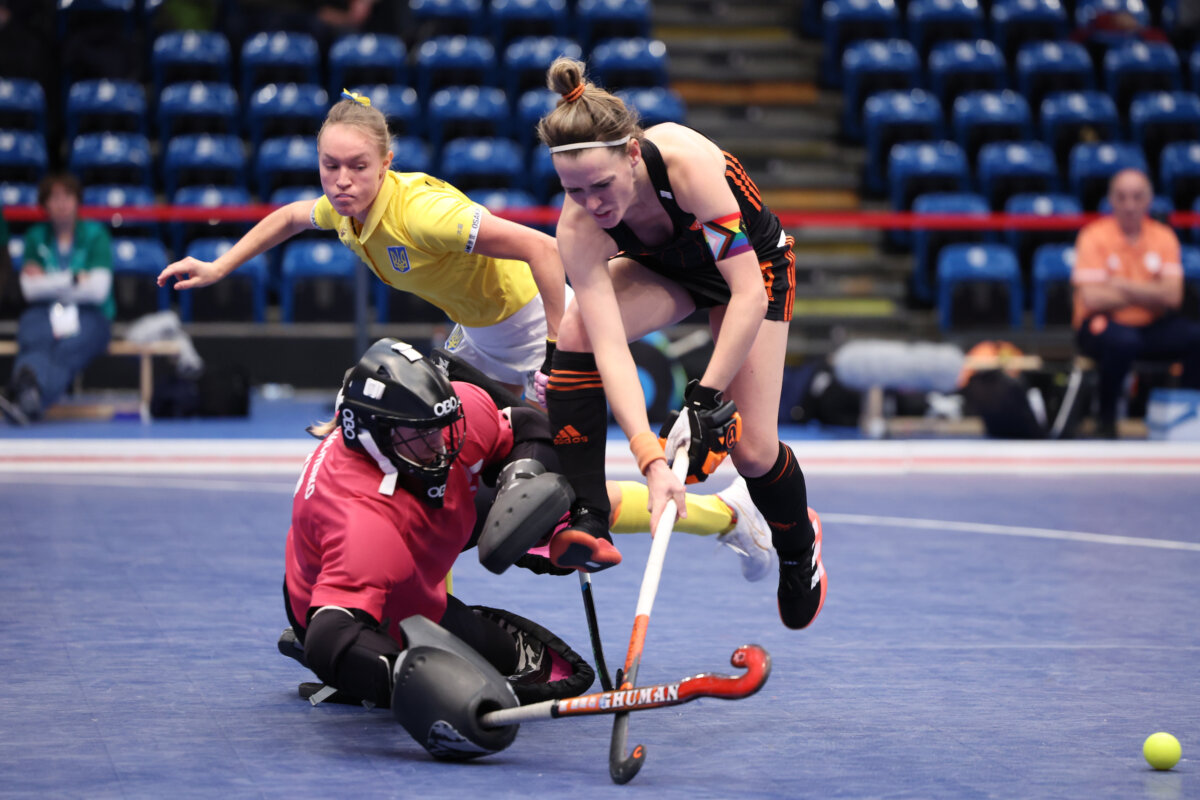 In the last quarter, the Orange did not slow down and tried to split Ukraine with quick passing. That no longer resulted in many great scoring opportunities, although Mabel Brands reacted alertly to Tessa Clasener’s instructions and the 9-0 was a fact.

After a thrifty penalty corner from Ukraine – used via the rebound by Kateryna Kasianova – the Orange team made one last attempt against the battle-weary opponent. Van Wijk (penalty corner), Zwinkels (her third of the evening) and De Baat brought the final score to 12-1. It will go down in the books as the second largest European Championship victory ever for the Orange Ladies. Only at the 1975 European Championship did the Orange ever win with an even bigger margin: 14-2 against Switzerland.