In an exciting and at times crazy third group match, the Oranje Heren won 10-7 against Belgium. Just like against Germany, Robert Tigges’ team had to work hard to make up for a deficit. This time, the comeback – after a 1-5 and 3-6 score – also paid off in the form of three points.

The Dutch started the European Championship on Thursday with an 8-2 victory over the Czech Republic, followed by the dramatic defeat against Germany (6-5). The question was whether men had coped with that disappointing loss. The team of national coach Robert Tigges showed character against Germany and fought back well after 5-5 after a 5-2 deficit. But two seconds later the Germans still struck mercilessly and thus took the full spoils.

Earlier on that Thursday, opponent Belgium had one point left over from the duel with Germany (4-4). Whether they were at peace with that in the Belgian camp was still the question. The team lost a 4-1 lead. Later in the day, the Belgians lost no chance against world champion Austria (6-2).

The Netherlands and Belgium met each other last weekend in Brussels for an exhibition match. That duel had no winner. It became 5-5. Two years ago at the European Championships, the Derby of the Low Countries was also played in the group stage. In Berlin, the Orange was too strong 7-4.

This time the men of national coach Robert Tigges were again on the right side of the score. But it wasn’t easy. Philippe Simar initially seemed to turn out to be the executioner of Orange. The 27-year-old Belgian, who showed his calling card against Germany earlier this tournament with three hits, scored five of six Belgian goals. 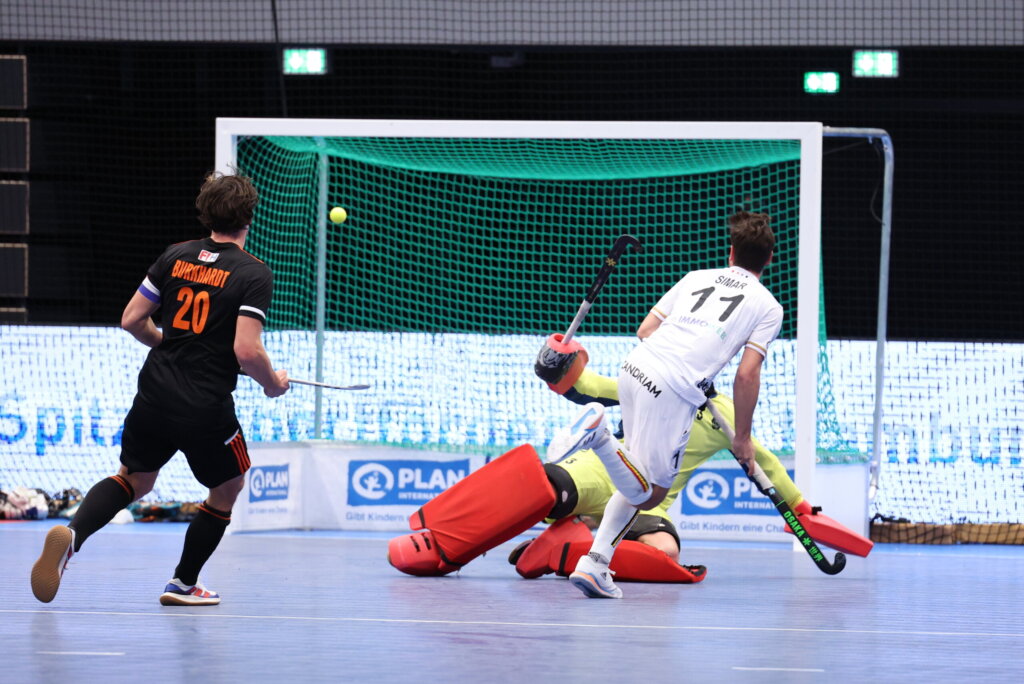 The Belgian Philippe Simar makes 0-2 in the European Championship match with the Orange. Photo: William Vernes

It turned out not to be enough for a Belgian victory, as the Dutch team crossed the line after the break, especially in the fourth quarter. And that victory seemed very far away given the game before the break.

After only four minutes, the Dutch team was behind when Simar outplayed keeper Hidde Brink and pushed the ball against the ropes. Moments before, both were also eye-to-eye with each other and then Brink emerged as the winner. He also hit the post twice in the first quarter.

Did Orange offer nothing against that? Yes certainly. After a fine pass through the crossbar from Nicki Leijs, Max Sweering bumped into keeper Romain Henet, who then also deflected a shot from Boris Burkhardt. Just before the end of the first quarter, the captain of the Dutch team pushed against the crossbar from a penalty corner.

The team was therefore close to the equalizer, but the second quarter had barely started when Belgium came 2-0 via Simar, followed two minutes later by a striking shot from a difficult angle by Gaetan Dykmans.

Max Sweering quickly reduced the deficit through a used penalty ball, but the Orange couldn’t get any closer. Two goals from Simar increased the Belgian lead to 5-1.

At that moment, Joey Fontaine had taken over the place under the crossbar from Brink in the Orange squad. Brink was substituted at halftime. Despite the big backlog, the Orange did not hang its head. Bram van Battum and Sweering scored from a penalty corner variant. But again there was Simar who put Belgium on 3-6. Burkhardt then narrowed the deficit to 4-6.

Orange draws duel to itself

With that score, the teams started the last quarter. The Orange managed to turn the deficit into a lead in a spectacular way via hits from Jeroen Hertzberger, Jasper Tukkers and again Sweering.

Sweering then received a yellow card. Orange had to continue in numbers. The Belgian national coach decided to take his keeper aside for an extra field player. The Netherlands survived that situation unscathed. After a foul on the returning Sweering, the Orange team was awarded a penalty corner. Without a keeper on target, Bakker easily pushed in the corner for 8-6.

Dykmans increased the tension one more time by scoring to narrow the deficit to 8-7. The Belgians risked everything in the hunt for the equalizer. The Orange gratefully benefited from this and through hits from Bakker and Burkhardt, the result became 10-7. A victory with shine after a wonderful comeback. 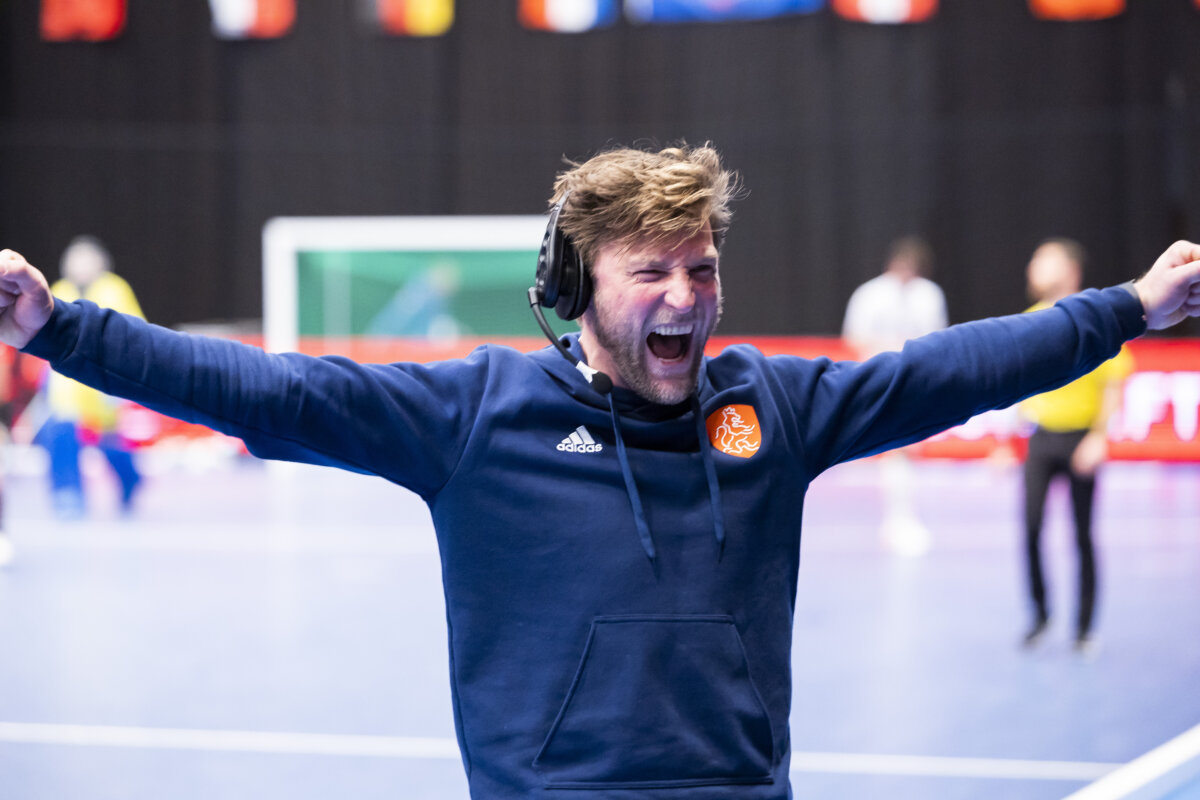