Australia has won a medal from a women’s hockey World Cup for the third time in five editions. Katrina Powell’s team defeated Germany thanks to two goals from Stephanie Kershaw, who scored twice in the final phase: 1-2.

It was a short night for Germany, who worked overtime against Argentina on Saturday. In that wonderful match, Die Danas lost after taking shoot-outs, after sixty minutes it was 2-2. Australia – which had lost to the Netherlands in their semi-final – got a few hours more rest time, but that was barely visible in the first half.

Both teams made a tame display of it together, as a result of which the audience in the Olympic stadium of Terrassa regularly dozed off in the lovely early evening sun. There had been almost no chances yet when Lena Michele drove the ball hard from the circle edge into the Australian goal. The German midfielder, who has barely played this season due to injuries, also made the important 1-0 – the only goal of the game – against New Zealand in the quarterfinals. 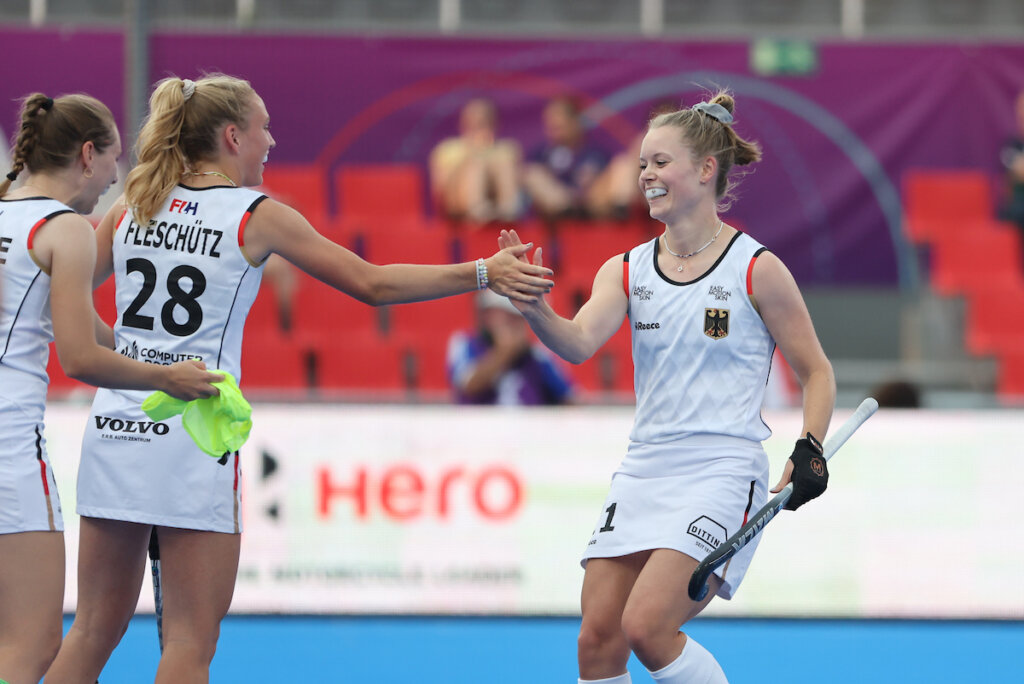 Add to that a failed German corner and the story of the first half is told. After the break there were a few more opportunities, especially for Pia Maertens. The Germany striker killed two opportunities, the latter of which she absolutely should have made. She had the ball for the tap, but didn’t shoot fast enough to beat keeper Jocelyn Bartram. On the other side, Australia finally had a chance, but Penny Squibb’s first corner was turned over by the German defense.

Eleven minutes before the end, the equalizer came after a dry shot by Stephanie Kershaw. The attacker plowed through a number of German sticks and finished well. That turned out to be the push Australia needed. The Hockeyroos suddenly got the hang of it in the last quarter and pushed through. Four minutes from time it was Kershaw again who struck from close range and gave Australia the seventh World Cup medal.

National coach Powell labeled the third place as a reward for the hard work in recent years, when Australia had it far from easy. It changed from the old, heavily criticized top sports culture and the lack of international competitions due to the strict corona rules put a heavy burden on her team. “In recent years we have been virtually excluded from international hockey and we had little choice but to train,” Powell said.

‘The hardest thing about the past period was to make the girls believe in themselves again. That they realized how good they really are. They’ve been having more fun on the field lately.’