Dublin; November 15, 2021 – Hockey Ireland is delighted to announce Uniphar plc has come on board as a central sponsor of the Irish women’s Under-21 and Development programme – known as the Junior Green Army – and just ahead of next month’s Junior World Cup.

Uniphar is a trusted global partner to pharma and medtech manufacturers, working to improve patient access to medicines in Europe and around the world. With its headquarters in Dublin’s Citywest and employing over 3,000 people globally, Uniphar has been transformed over the past decade through acquisitions and organic growth to become a high-growth diversified international healthcare services company

Uniphar’s support for the Junior Green Army will encompass December’s upcoming showpiece World Cup event in South Africa and will extend into 2022, taking in a high quality Six Nations tournament to take place here on home turf in Ireland.

Announcing the new sponsorship, Uniphar CEO Ger Rabbette said: “We are thrilled to support the Irish Women Under-21’s and Development Programme as they prepare for the upcoming World Cup in December.

“Women’s hockey has enjoyed a surge in popularity in recent years and this young squad is playing an important role in helping bring it from minority status into the Irish sporting mainstream.

“The under-21 team truly embodies the meaning of ‘high-performance’ – competing and winning at the very highest level internationally. The Junior Green Army are our next generation of hockey greats, and not only do they excel in their sport but they are also important exemplars of successful high-achievingyoung women in sport. Uniphar is delighted to support them on the exciting journey ahead.”

The Junior Green Army is one of the key development pathways to the senior women’s international team which continues to break new ground for the sport, winning World Cup silver in 2018 and qualifying for a maiden Olympic Games appearance in Tokyo.

Eight of the panel that travelled to the Olympics followed this route in the past four years while a dozen of the Irish team that qualified for the 2022 World Cup through a qualifier in Pisa in October did likewise.

Welcoming the new agreement, Irish Under-21 head David Passmore said: “With the late announcement of our World Cup qualification we were delighted that Uniphar chose to come on board, and I think their decision to support the players and form a partnership is an ideal relationship.

“This sponsorship allows us to professionalise the programme and has made many programme aspects so much easier for the players and we are hopeful that there will be no parental contribution required for the trip to South Africa.

“Furthermore, to have Uniphar in addition to both SoftCo and Park Developments moving into next year’s Europeans, which is also a World Cup Qualifier, it allows us to plan along with our philanthropic donor to develop a programme to maximise player development and team performance.” 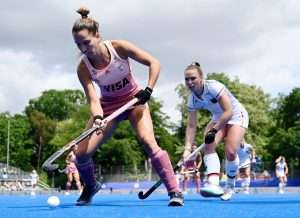 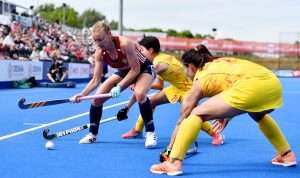 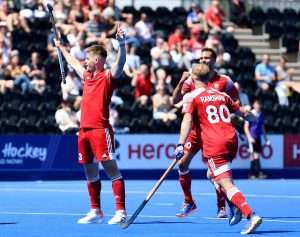