‘These things gel you, going through tougher times’ – Hollie Pearne-Webb

Great Britain’s hockey captain, who played a key part in the Rio gold, believes the postponement of the Olympics will give extra time to develop her young squad 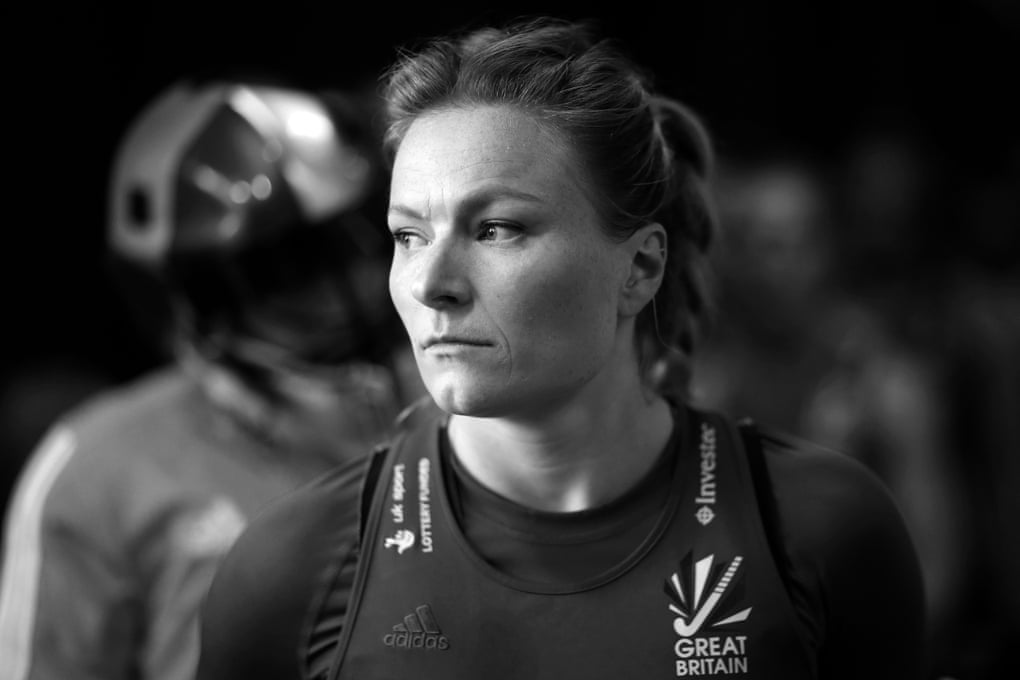 Hollie Pearne-Webb has plenty on her mind as she prepares for next year’s Olympics. Photograph: Naomi Baker/Getty Images

When Hollie Pearne-Webb was growing up, she had an indoor pastime that drove her mum potty. She had fallen hard for hockey from her very first session, as an eight-year-old, at the club near her Derbyshire home. Now she hated to be without a stick in her hand. “I was always knocking around a ball inside the house, hitting things,” says Pearne-Webb with a laugh.

The schoolgirl Hollie never imagined herself playing for the British women’s hockey team, much less scoring the winning penalty in an Olympic final. But she would, at least, recognise the game Pearne-Webb has been playing on her living room carpet recently. Team GB have been training in isolation for the past fortnight – and not all of them have gardens.

Great Britain’s captain has, so far, avoided breaking any furnishings. Most of her training is being done in her garage, converted into a makeshift gym, complete with stationary bike, bar weights and kettlebells borrowed from the neighbours. She had just finished a conditioning session when the news broke that this year’s Olympic Games were to be postponed. She was expecting it – everyone in her team was. That didn’t make the disappointment any less acute. “Every part of our life is geared towards going to the Olympic Games,” says Pearne-Webb, “so having that moved changes so much.”

For athletes who have been mentally and physically readying themselves for peak performance in August, a 12-month delay can be a career-ender. “There are probably a few girls in the team wondering: ‘Can I do this for another year?’” 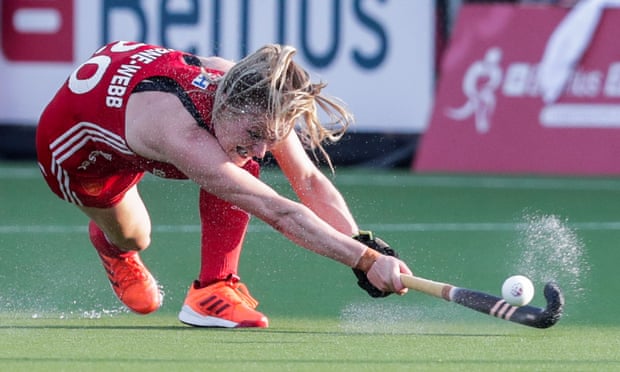 Hollie Pearne-Webb in action for England in the EuroHockey World Championships in Antwerp. Photograph: Stéphanie Lecocq/EPA-EFE

Andthen there’s the prospect of no hockey for months. The longest an international player usually goes between games is two or three weeks: the current hiatus is likely to be “much, much longer”. Happily, the team remains fully funded until next March, but Pearne-Webb still has to find a way to captain a 25-strong squad who can’t be near each other. Even her long-time mentor, Kate Richardson-Walsh, who led the team to their gold medal at the last Olympics, hasn’t any experience in remote captaincy.

Like any good leader, Pearne-Webb has already identified some positives. The delayed Games gives her and the coach, Mark Hager, another year to develop a young squad of players who have stuttered since Rio. After the retirements of the power couple Kate and Helen Richardson-Walsh, Pearne-Webb’s England team were knocked out in the quarter-finals of their home World Cup in 2018.

Last year, their coach in Rio, Danny Kerry, moved to oversee the men’s side and under Hager England were routed 8-0 by Holland in a record defeat in their EuroHockey semi. Back-to-back wins against Chile last autumn, to qualify finally for Tokyo, came as a considerable relief.

So Pearne-Webb knows the bonding power of adversity. “These sort of things do gel you, going through tougher times. I know we’ve felt that on the pitch throughout the last four years, which have been a bit of a rollercoaster. So although we’re not together, team dynamics are pretty good and we’re pulling each other along.” 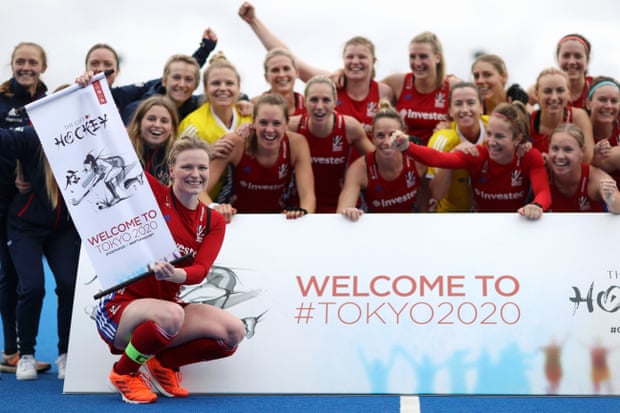 Pearne-Webb holds a scroll reading ‘Welcome to Tokyo 2020” after their victory over Chile Women in November 2019 meant they qualifued for the Tokyo 2020 Olympic games. Photograph: Naomi Baker/Getty Images

The 29-year-old has always seen herself as a temporary captain, caretaking the team until the return of her good friend Alex Danson. On a holiday in Kenya two years ago, a freak accident left Danson with mild brain trauma. That life-changing injury, combined with her sister, Claire, being paralysed after a cycling accident, finally caused Danson to retire from the sport in February. “It was only then it sunk in that I would be captaining the team to the Olympics,” says Pearne-Webb. “Then I started worrying: ‘Am I doing what I should be? Am I doing a good job?’”

Her self-doubts have been helped, she says, by listening to interviews given by Richardson-Walsh (“I heard her saying she only felt she got the captaincy right within the last year”) but those around her have no difficulty identifying her inspirational qualities. Pearne-Webb’s never-say-die attitude was key to her side’s Rio triumph, not least in their final match, where Great Britain spent most of the time against the Netherlands defending their hearts out. It was her ice-cool composure, taking the final penalty shuffle, that gave them victory.

So Pearne-Webb knows a bit about staying calm in a crisis. She’s also an economics graduate and a part-time management accountant, working two days a week for the Department for Environment, Food & Rural Affairs, where her role includes risk assessment and financial planning. “As someone who likes to know what’s going on, the current situation is a challenge,” she says. “But I’m breaking it down on a daily and weekly basis, what can I do right now. I like structure and routine, so I’ve been filling my calendar every night – work, study, training, lunch and a fresh-air slot where I go out for a ride on my road bike.”

While she finds the economic implications of the pandemic “really quite scary”, she has taken some comfort in the way it has inspired people to think about their physical activity. “Going outside once a day you see more people running than ever. I’m hoping one of the things to come out of this is people finding a little bit more time for themselves.”

Gender equality is another of Pearne-Webb’s concerns – hockey is a rare team sport in which male and female internationals are paid the same. In January she joined the Women’s Sport Trust’s Unlock campaign, aimed at breaking down the barriers that still remain for women’s sport. She foresees a real danger that recent improvements in its funding and profile could suffer in an economic downturn. “It is a worry that all the hard work and the years it’s taken to get to this point could be lost.”

Before then, however, there are some more immediate priorities. These include redecorating her hallway (she finds DIY therapeutic) and gym sessions with her ready-made training partner – her husband, Tom, who secretly wishes he was a professional athlete himself. And if the BBC does respond to requests to replay past Olympic triumphs to boost the nation’s spirits, there’s a good chance we’ll get to see Pearne-Webb in action again. “It would be great if they replayed the Rio final,” she says with a smile. “Because I don’t think I’ve actually seen it.”

PrevPreviousI think age is funny… the only thing is if players want to give it a go – Max Caldas
NextBelgium formally end season with European places confirmed But is all fair?Next