Belgium hockey golden revolution on top of the world

After the shoot-outs, there was a lot of joy in the Belgian camp. A few minutes earlier, the Red Lions had also stormed their goalie Vincent van Vanasch, but then there was the video referral that Jacob Whetton had requested. It lasted and lasted, but in the end Vanasch turned out to have hit the Australian’s foot. Take it again, the video referee ruled.

Whetton pushed for the ball but lacked the conviction to outwit shootout king Vanasch. Belgium wins gold! The Belgians danced and sang to the tunes of the We are the champions. On the bench, coach Shane McLeod was in trouble. He covered his eyes and let his tears flow. 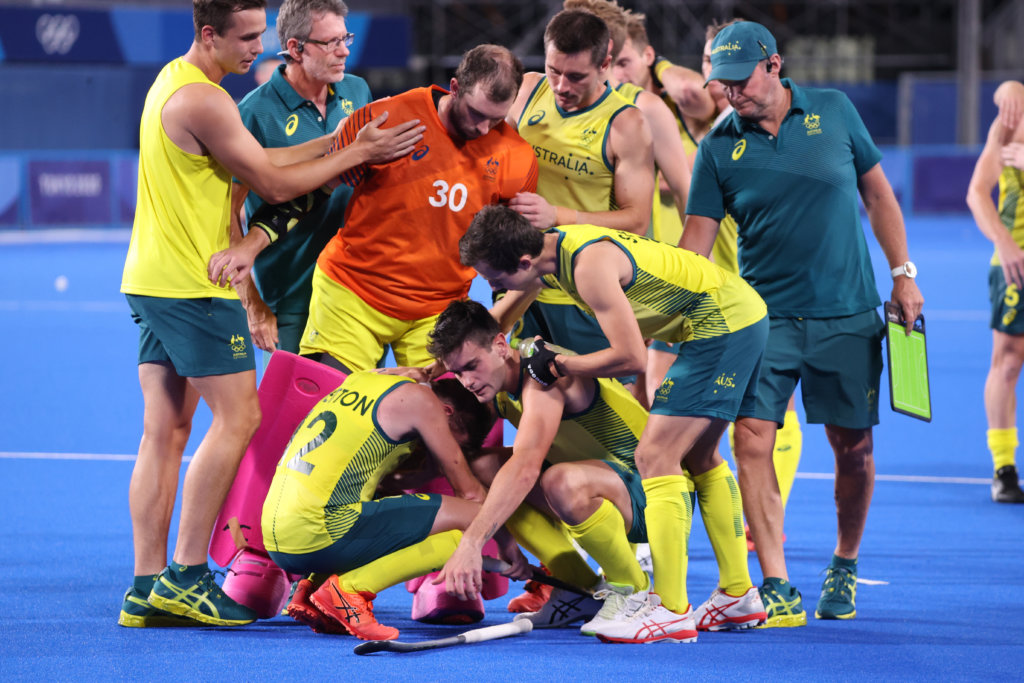 As probably in many Belgian living rooms, emotions are running high. An Olympic gold medal has been what the nation has been dreaming of since Belgian president Marc Coudron unleashed a hockey revolution at the offices of the federal bureau in Brussels in 2005. After years of defeats and a supporting role in global hockey, the former international felt that something had to change. His plan forms the basis of the current success of the Belgian men’s teams.

Step by step, a smartly devised and financed plan was worked on towards the world top. In 2016, that process was almost awarded with an Olympic gold medal. But according to New Zealand coach McLeod, the Belgians celebrated the win in the semi-finals a little too exuberantly, allowing the cunning Argentines to take advantage in the final battle.

The Belgians didn’t let that put them off. The training program was intensified. Everything, even the Belgian league, had to make way for the national team. With success, because in 2018 Belgium became world champion in Bhubaneswar at the expense of the Netherlands.

That did not satisfy the hunger. Olympic gold, that was the mission with which the Belgians came to Tokyo. They had to leave the European Championship title to the Netherlands, but nobody cared about that in the camp of the Red Lions.

The group stage went smoothly for the Belgians, who also had little trouble with Spain and India in the knockout phase. So in the final, it had to happen against Australia, the yellow-green muscle army that had been prepared in Perth by Colin Batch.

Belgium started the final, which was led by, among others, the Netherlands Coen van Bunge, again with Thomas Briels in the lineup. The attacker came to Tokyo as a reserve but has played all matches except for a group match. The victim of Briels’ urge to act was Tom Boon, who arrived in Japan not completely fit but has now fully recovered. Shane McLeod nevertheless preferred Briels.

The Oranje-Rood attacker played an inconspicuous first quarter, in which opportunities were scarce. It was clear that the two best hockey teams in the world were in awe and respect for each other. Not giving away any chances and corners was the predominant theme in the game view of both teams.

Sebastien Dockier and Antoine Kina both fired once, but didn’t really get keeper Charter into trouble. On the other hand, Tim Brand and Lachlan Sharp were both close to a tip, but goalie Vincent Vanasch didn’t have to take any significant action either. The 0-0 score after 15 minutes was only logical.

In the second quarter, the Belgians got rid of some trepidation. Cedric Charlier got the first serious chance, which Charter saved. The goalkeeper showed all his class a few minutes later by tapping the backhand of the stick smoothly out of the intersection with a high hard backhand from Kina. A brilliant move.

That same Charter had to start again in the tenth minute when Alexander Hendrickx appeared at the head of the circle: the penalty corner phenomenon of these Games, who has already scored fourteen times. His first two attempts were stranded on an Australian foot and off the target of the Kookaburras. 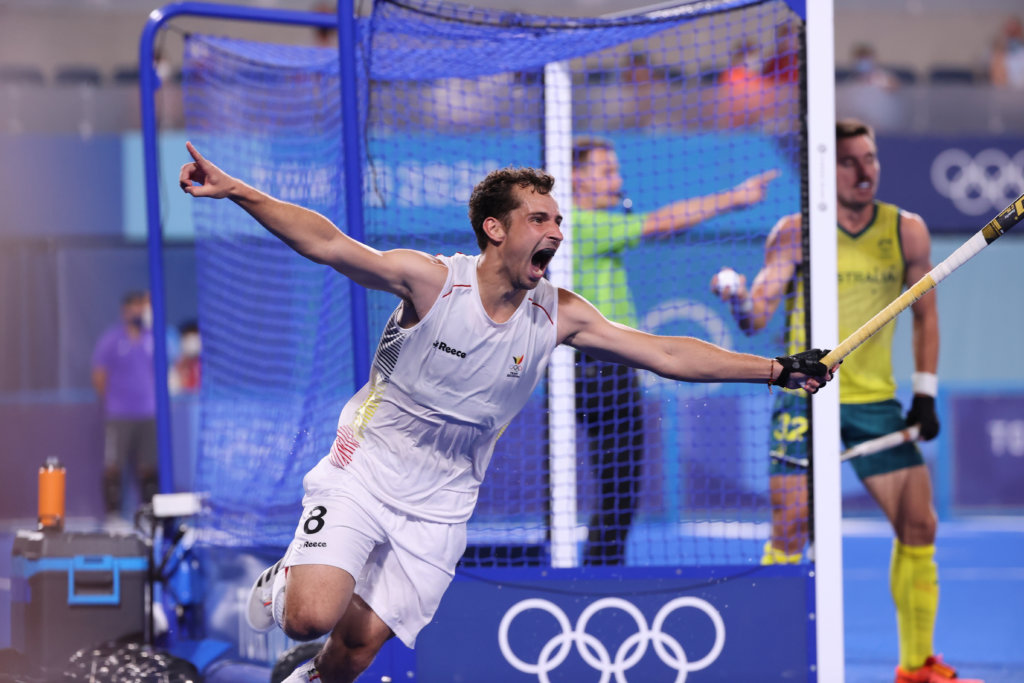 The match continued to be rock solid. That changed within two minutes after the break when Florent van Aubel reacted attentively in the circle and promoted a rebound given away by Charter to goal: 1-0.

Now the Australians had to leave their defensive positions. They did so cautiously, but decisively. The Aussies also had chances. Flynn Ogilvie was close to equalizing at first, but his tip was thwarted by Vanasch. The great Belgian goalkeeper then reacted with a brilliant reflex to a penalty corner attempt by Jeremy Hayward.

Australia smelled blood and tightened the thumbscrews. Belgium had to go back. That did not result in a goal in the third quarter, but a goal was almost inevitable. At the beginning of the fourth quarter, it was hit. After a scrimmage in the circle, Aran Zalewski pushed the ball towards Vanasch, who pushed the ball upwards allowing Tom Wickham to strike: 1-1. So again Wickham, the right-back who already took both goals against the Netherlands in the won quarterfinal. 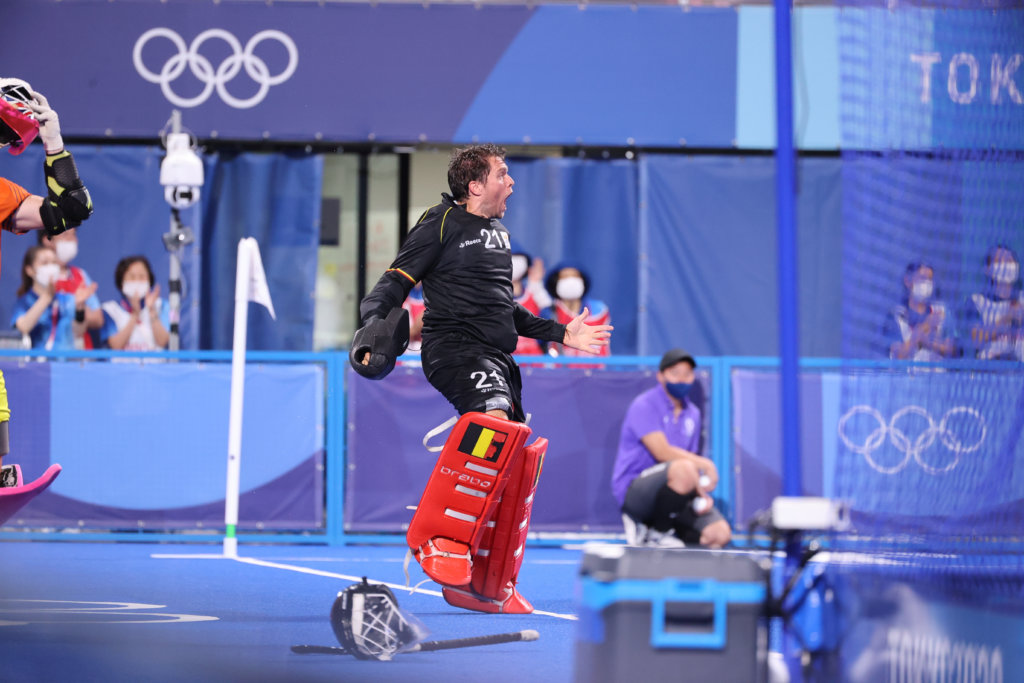 In the last minutes a wonderful final developed, where Australia had more possession, but the Belgians came out dangerously. That resulted in a penalty corner, but ‘Jimi’ Hendrickx opted for a variant with a well-built yellow-green wall in front of him. He went into the mist.

Shoot-outs were necessary to make a decision between the two best men’s teams in the world. Vanasch grew into the great hero in it. In two stages, but nobody cares about that in Belgium: the hockey revolution has been completed with a gold Olympic medal.

Belgium: Faultless for Leopold and Racing