The Dutch national team convincingly qualified for the final of the Olympic Games in Tokyo on Wednesday. Opponent and reigning Olympic champion Great Britain was dethroned and humiliated 5-1. Orange played a great game. Never before has a women’s team won a semifinal at the Olympics by such a large margin. Two goals came from the stick of Felice Albers, for whom this tournament is a fairy tale.

National coach Alyson Annan’s squad has one more hurdle to overcome to complete its sacred mission: to win the gold Olympic medal. On Friday, the Netherlands will play against the winner of Argentina-India, the semi-final to be played later on Wednesday.

Great Britain fueled confidence last Monday by winning a shoot-out series against Spain in the quarter-finals. Again Maddie Hinch claimed the lead role. It was an act for the British to cling to after performance had been particularly meager for several years. But the Orange Ladies kept their cool and the traumatic defeat of five years ago did not stand in their way. 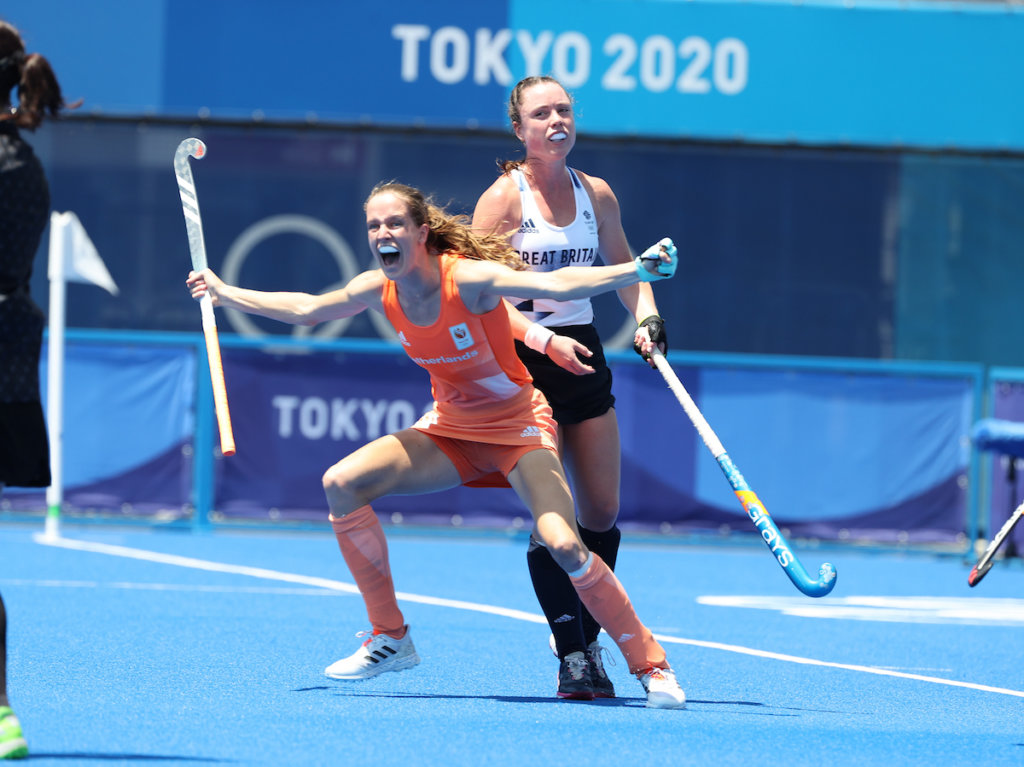 Felice Albers was important for the Netherlands with two goals. Photo: Koen Suyko

In the first quarter, the British offered good resistance

At first, Great Britain seemed to be a formidable opponent in the semi-finals, just like in the group stage (1-0 win). In the first quarter it seemed as if Mark Hager’s team did not just let them walk all over them. There had been three minutes of hockey, when the Netherlands did win the first penalty corner of the match via Maria Verschoor. Due to a stop error, the Orange was unable to push on goal and Great Britain quickly countered to the other side of the field. There they jumped carelessly with the chance, but the Netherlands had been warned.

The biggest chance in the first quarter was for Verschoor, who had the 1-0 on her stick after Giselle Ansley’s poor defense, but Hinch saved. The British then took a penalty corner for the first time, but that was not stopped well either. In the aftermath, keeper Josine Koning could simply kick the ball away.

The chance was great for captain Eva de Goede, who got the ball for her stick just in front of the goal after a failed penalty corner, but ran into a British foot. Because Hinch could have made a save on the goal line, the video referee reversed the decision from a penalty shot to a penalty corner. For the second time it was Frédérique Matla who pushed, but the ball went over the back line via a stick. 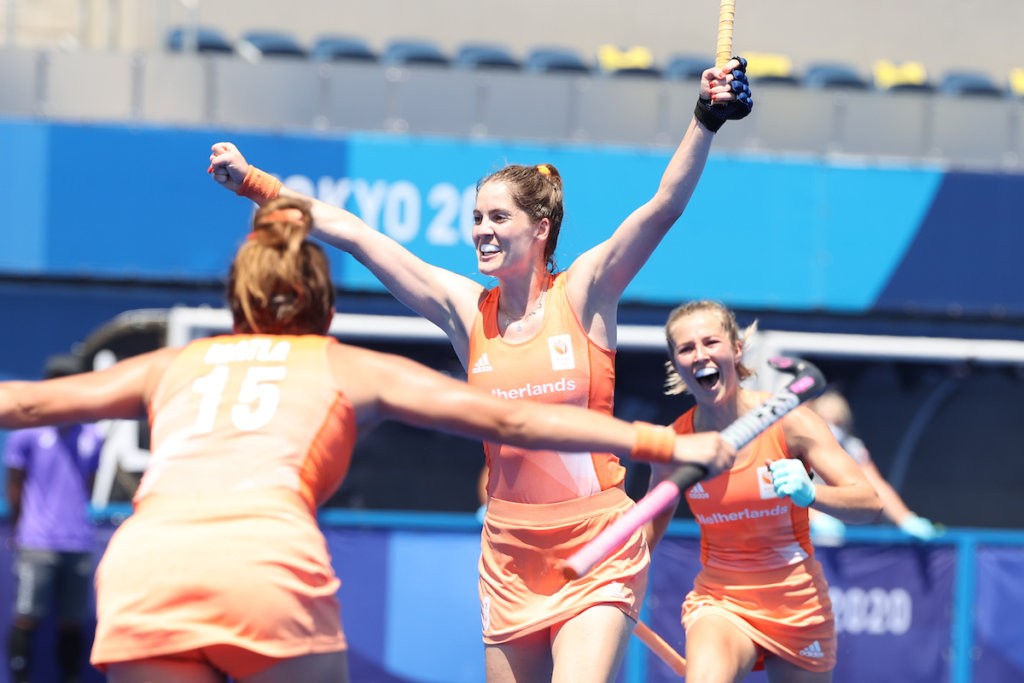 A wonderful phase of Orange: two goals in two minutes

For a moment it really seemed to be a game, but at the start of the second quarter everything changed, when the Orange let the ball go from stick to stick. In the eighteenth minute it was still 0-0, after twenty minutes of hockey the Netherlands had a lead of no less than 2-0. It were two golden minutes for the team of national coach Alyson Annan, a blow that the British could no longer overcome. Orange played beautiful hockey in that phase.

First it was Albers who, after a combination between Marloes Keetels and Laurien Leurink, completed a nice attack by the Netherlands with a shot through Hinch’s legs. Then the wonderfully playing Xan de Waard found midfielder Keetels, who was completely free on the edge of the circle and made the 2-0 with a nice shot.

It was beautiful to see how the Netherlands then thundered through in the third quarter and waltzed over the British without awe. When the Netherlands reached a penalty corner, a variant was surprisingly chosen. A ball from Van Maasakker was tipped in by Verschoor (3-0). It was a liberating goal for the Orange, which was celebrated exuberantly. Six minutes later, Lidewij Welten passed the ball from the left wing and it was (again) Albers who beautifully tipped in the 4-0. For the reigning Olympic champion, the humiliation got bigger and bigger. Orange hockey played fantastic. 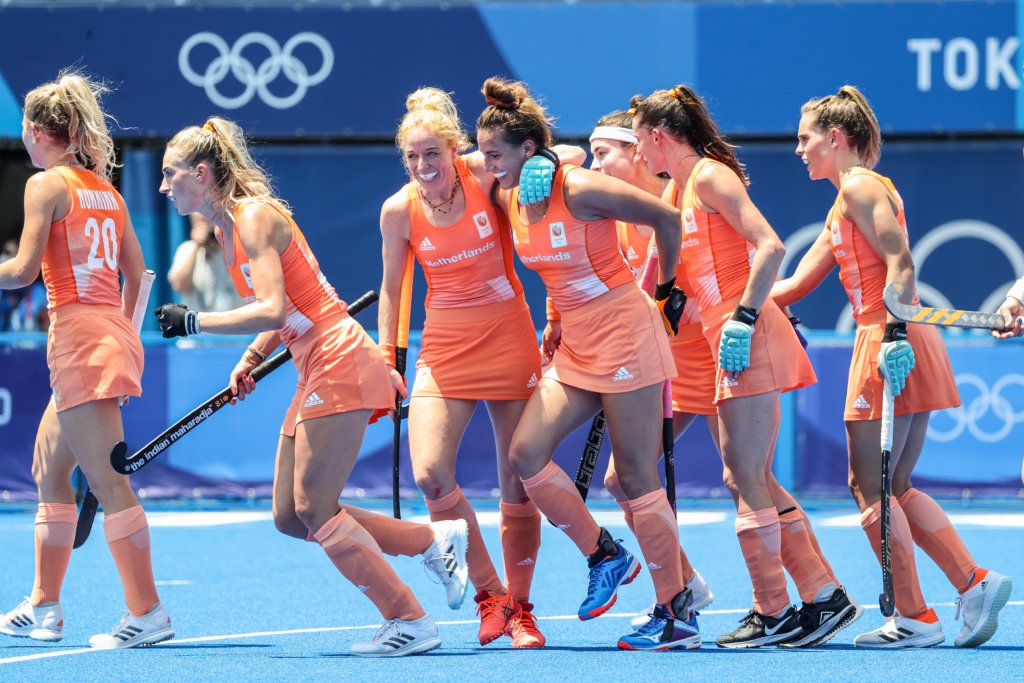 Frédérique Matla made it 5-1 and it broke Lisanne Lejeune’s record. Matla has now scored thirteen international matches in a row. Photo: Koen Suyko

Another goal from Matla

Great Britain did manage to make it 4-1 from a penalty corner. From the head circle it was Ansley who pushed the ball through the legs of Josine Koning via Welten’s stick, who could do little about it. For a moment it looked like Great Britain was allowed to take a penalty corner shortly afterwards, but the video referee reversed the decision.

After that, it was up to the Netherlands again. Fréderique Matla took the 5-1 in, after another error by Hinch. The loud cheers of the Orange Ladies echoed through the empty Oi Hockey Stadium. Matla has now scored thirteen international matches in a row and has broken Lisanne Lejeune’s record.

The lead was so big that the Netherlands could afford to give away two penalty corners, but neither of them went in. On Friday, the Netherlands will play the Olympic final against Argentina or India. When the Orange reaches today’s level, the gold is up for grabs.

PrevPreviousWorlds No.1&2 head to the Olympic final
NextOrange wanted to make something clear to ‘arrogant’ GBNext