Halfway through the last quarter, SCHC–Amsterdam seemed to be heading for a draw after the 2-2 of World Player of the Year Felice Albers. But within a minute after the equalizer of Amsterdam, goal thief Ginella Zerbo tapped in the 3-2. As a result, SCHC won the wonderful top match, also thanks to two goals from Yibbi Jansen, and no longer has to share the lead with Amsterdam after eight rounds.

Sometimes high expectations come true. The confrontation between SCHC and Amsterdam, the two best teams of the moment in the Dutch big league, was a joy to watch. Let this be a harbinger of the fireworks that hockey fans can expect in the play-offs in more than six months. Right from the opening, SCHC-Amsterdam was a great match. The very first penalty corner, which was flattened by Amsterdam defender Sabine Plönissen, almost immediately resulted in a goal. Line stop Renée van Laarhoven took the ball off the line beautifully. Halfway through the first half, SCHC striker Mette Winter shot the ball against the post.

After thirteen minutes of hockey, the first goal was scored. Jansen’s loss of the ball led to Amsterdam’s goal. In a dangerous place in the midfield, the player of the Dutch national team had the ball stolen after pressure from Freeke Moes and Maria Verschoor.

With their fast players at the forefront, Amsterdam is deadly in the transition. The swift Verschoor quickly played the ball back to Moes. At speed, the attacker dribbled past defender Van Laarhoven. After goalkeeper Alexandra Heerbaart lay down a little too quickly, Moes smelled blood. Deftly she flattened the ball over Heerbaart: 0-1. 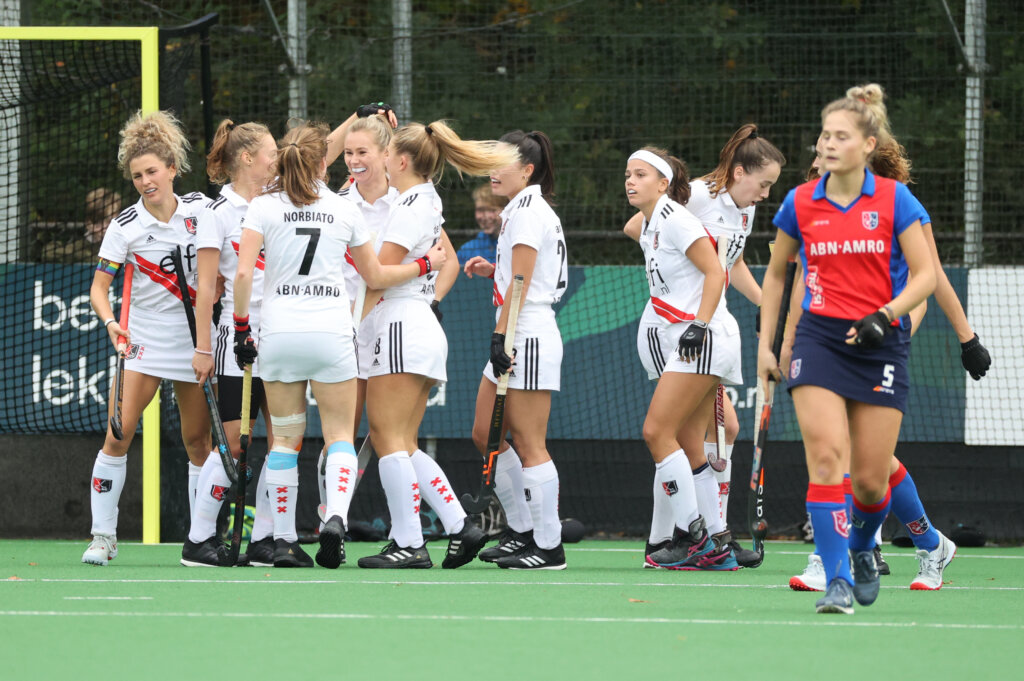 Freeke Moes made the 0-1 on behalf of Amsterdam. Photo: Koen Suyko

After Amsterdam’s goal, SCHC started pushing more and more. In the 24th minute, the home team took a penalty corner for the second time in this match. From the leading circle it was specialist Jansen who was allowed to show how hard she can push. She beautifully dragged the ball from the head of the circle into the intersection: 1-1. He was pushed in perfectly.

Compared to the first half, the third quarter was a bit disappointing. As if the two quarters had drained all their energy from the players. With attempts for Zerbo and Fiona Morgenstern, the chances were in balance, but both strikers were not cool enough. But from the fourth quarter, the spectacle erupted again.

It was the fast wing defender Famke Richardson who started the goal of SCHC after a few minutes in the fourth quarter. Cunningly she enticed Verschoor into a trap when she entered the circle with the ball on her stick and provoked a foul. With a hard push, Verschoor gave away a penalty corner.

Jansen’s drag push was overrun twice in a row. But on her third attempt, the specialist’s sights were sharp again. With a push over the ground, she dragged the ball on the stick side of goalkeeper Anne Veenendaal against the plank: 2-1. 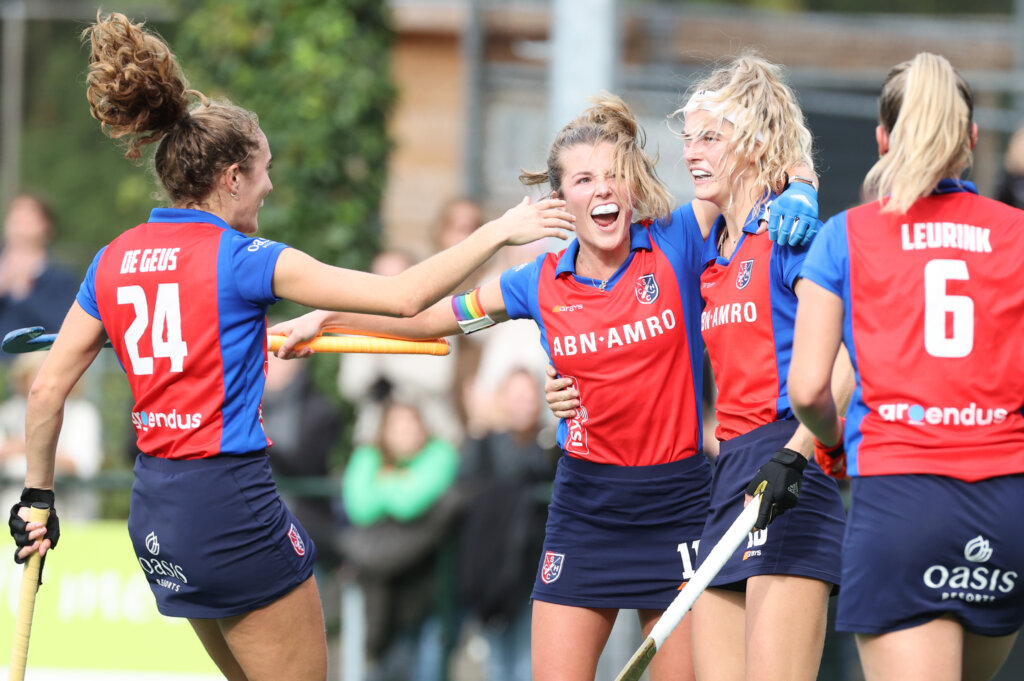 Then it was Amsterdam’s turn. Albers, recently named World Player of the Year, reacted sharply to a great action by Stella van Gils. After Van Gils put the ball back on her from the back line, Albers swept the ball in. Suddenly it was 2-2 again.

Then it was Xan de Waard who deserved the biggest compliment. With a delicious ball in the circle, she was looking for striker Pien Dicke. Through her the ball came to Zerbo. Zerbo cleverly tapped the ball behind goalkeeper Veenendaal from close range. A minute after Albers’ 2-2, it was 3-2 for SCHC.

SCHC had to survive the last minutes of the game. At the end, the home team got a penalty corner, which was missed. When the horn sounded, the audience in Bilthoven started cheering very loudly. If there were still doubts prior to the top match, it was clear after sixty minutes of hockey. Not Amsterdam, but Stichtsche is currently the best team in the Dutch big league.