The topper in the Dutch big league was won by SCHC. In Bilthoven, the leader was 3-2 too strong for the number two in the ranking, Amsterdam. At the bottom of the Dutch big league, HDM took three important points by beating Kampong 2-1 in Utrecht. Bloemendaal lost 2-1 to Pinoké and last-placed Klein Zwitserland went down to visit Hurley (4-0).

SCHC keeps on winning in the Dutch big league. The Bilthoven formation booked its nineteenth win in a row and has been unbeaten for 32 matches. Thanks to her two goals, Yibbi Jansen is only one goal away from her hundredth goal in the Dutch big league. This season, her total is already at ten. With her ninth goal of the season, Ginella Zerbo gave Amsterdam the first league defeat. 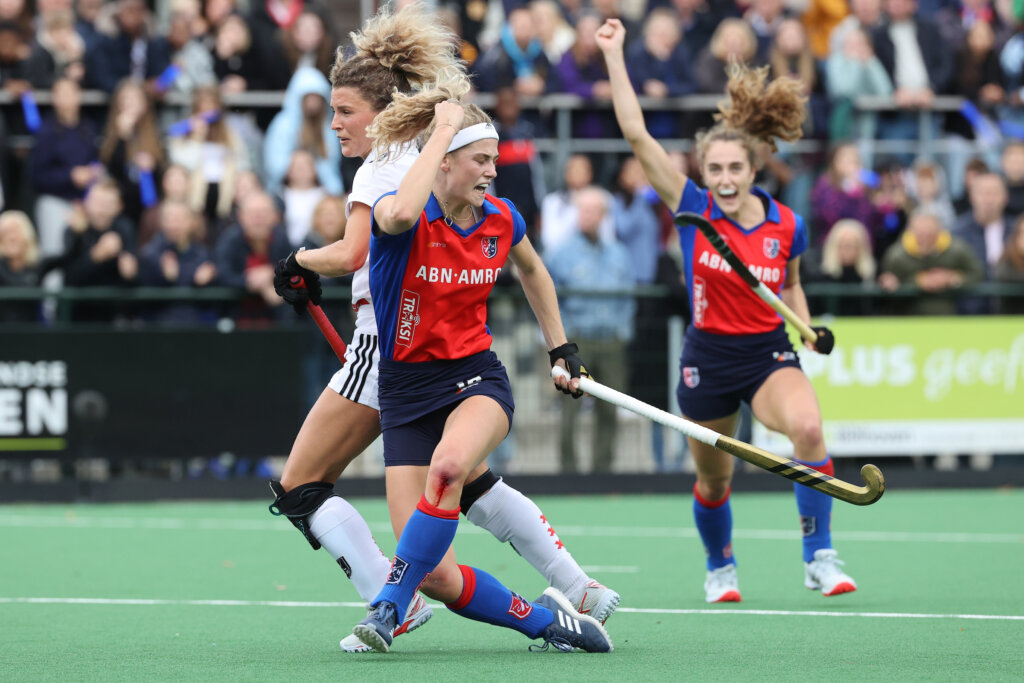 Read the report of the duel between SCHC and Amsterdam

After five competition matches without a win, HDM finally stepped off the field again with the three points. At the Klapperboom, a deficit was converted into a 2-1 win against Kampong, which took office without the injured Lidewij Welten. In mutual duels, the team from The Hague has already been unbeaten for seven league matches (W5 G2). The loss was already the third loss in a row for Kampong and in the four home games so far, the Utrecht team has only managed one point. Kampong remains tenth and HDM climbs from ninth to seventh place. 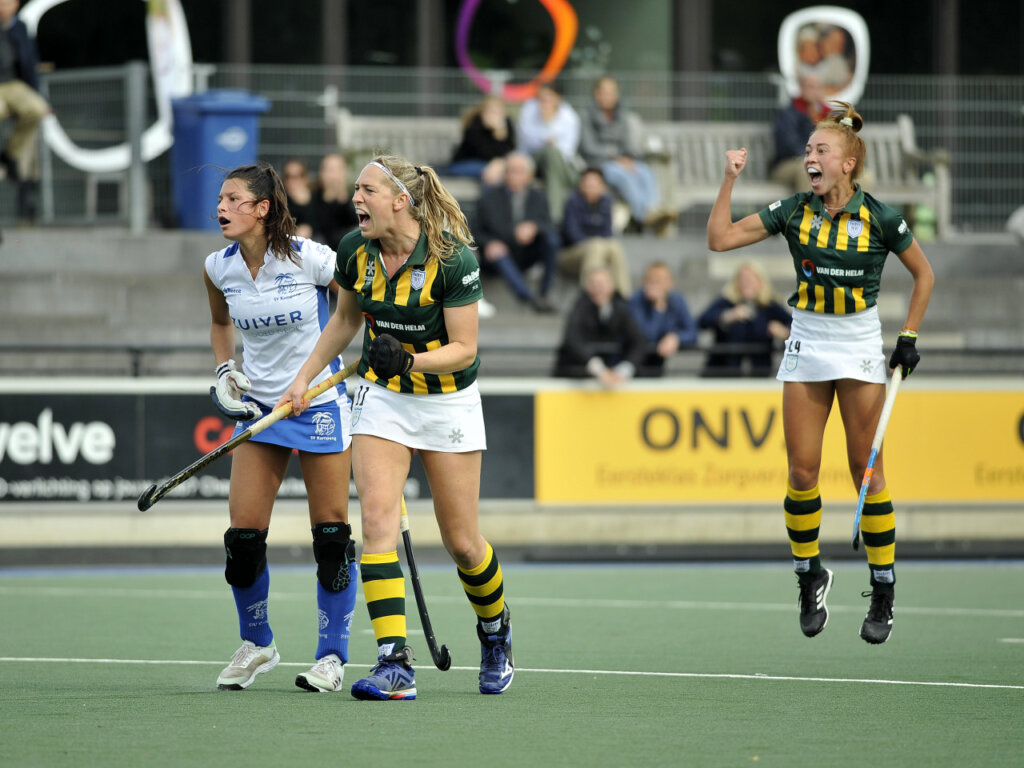 Joy at Pien van Nes and Pien van der Heide after a goal by HDM against Kampong (1-2). Photo: Sportsinpixels/Cliff Baaij

For the ninth time in a row, Pinoké remained unbeaten against Bloemendaal (W6 G3). In the Amsterdamse Bos, the Stingneuzen recorded a 2-1 victory. A boost after two league games without a win. After the 9-1 last week against Den Bosch, Bloemendaal had to swallow another defeat, the fifth in eight matches. As a result, the team of coach Dave Smolenaars dropped one place to position nine. Pinoké won one position and is now in fourth place.

Little Switzerland remains scoreless in the Dutch big league after the eighth day of play. The last player lost 4-0 to Hurley in the Amsterdamse Bos. Two of the Bosuilen’s goals were credited to Gitte Michels. She brought her season total to seven goals. It was Hurley’s sixth win in the thirteenth mutual encounter with Klein Zwitserland. Thanks to the three-pointer, coach Robbert van de Peppel’s team climbed to fifth place.