How important he was to Bloemendaal on Sunday afternoon, Thierry Brinkman. The 27-year-old striker made three in the 1-4 win over Amsterdam . He pulled, dragged and took his team in tow in the Wagener Stadium. With success: it yielded three necessary points and a hat trick.

It took forty seconds for the agile Brinkman to leave his mark on the match. An attack that he set up himself eventually ended up in the Amsterdam goal via his stick. A brilliant start for Bloemendaal, which the team has been craving so much all along.  Because only in the draw against Den Bosch (2-2) – the season opening – did the national champion take the lead. In the three duels that followed, Bloemendaal always faced a deficit, which was not brushed away every time.

‘Just count forty…’, Thierry Brinkman responds, with disbelief in his voice. The striker knew it was fast, but that fast? ‘We wanted to open well today. That didn’t work in the other games. This hockey is much better’, he says on the field in Amsterdam, immediately after the won classic.

Final score could have been higher

His second goal – a hard forehand into the long corner – was his best. His third goal – a close-up striker – fell five seconds before time. “They were neat goals,” he responds modestly. “It’s always nice to make three as a striker.” But he is also critical: ‘We won 1-4, but we should have closed the game long ago. The victory is deserved, but looking at the number of penalty corners and the number of open chances, the result could have been much higher.’ 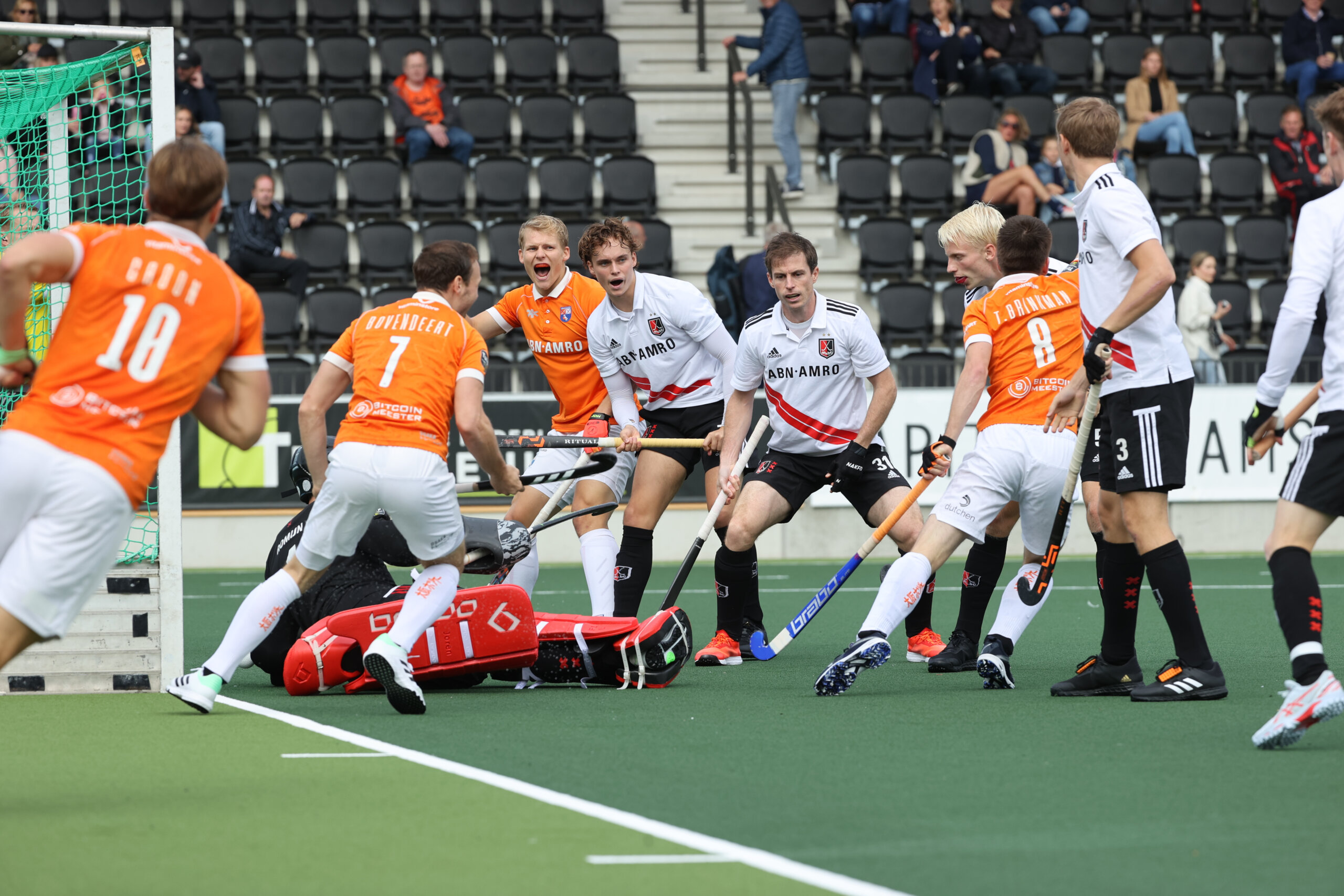 And that is exactly the remaining blemish on the new season of Bloemendaal. The national champion looks – certainly due to the loss of points so far – a bit less sharp than a season earlier. Brinkman cannot completely deny that. ‘It is stiffer than what everyone of us is used to’, he confesses. ‘It took us a few weeks to get there. To bring out the optimum sharpness in each other. And that it takes a while is of course not a good thing.’

“But we are doing well now,” the attacker continues. A justified conclusion, especially after the showdown with Amsterdam.  ‘Our task is to maintain this level.’ The search for the right shape has been preceded by a lot of work. “There have been some sharp, good training sessions and some good conversations. They were supposed to provide a better overall picture. It’s about intensity, our physique, the basic techniques, achieving returns and striking at the right moments. Those things. That was lacking in previous matches. And yes, that can make a difference every week. So that you can now tap into something else.’

Back to the conversations mentioned by Brinkman. What did they look like? ‘We always have meetings. Analyzes of previous and upcoming duels. That will be no different than at other clubs,” said the striker. “But the conversations were stronger than usual,” he says honestly. 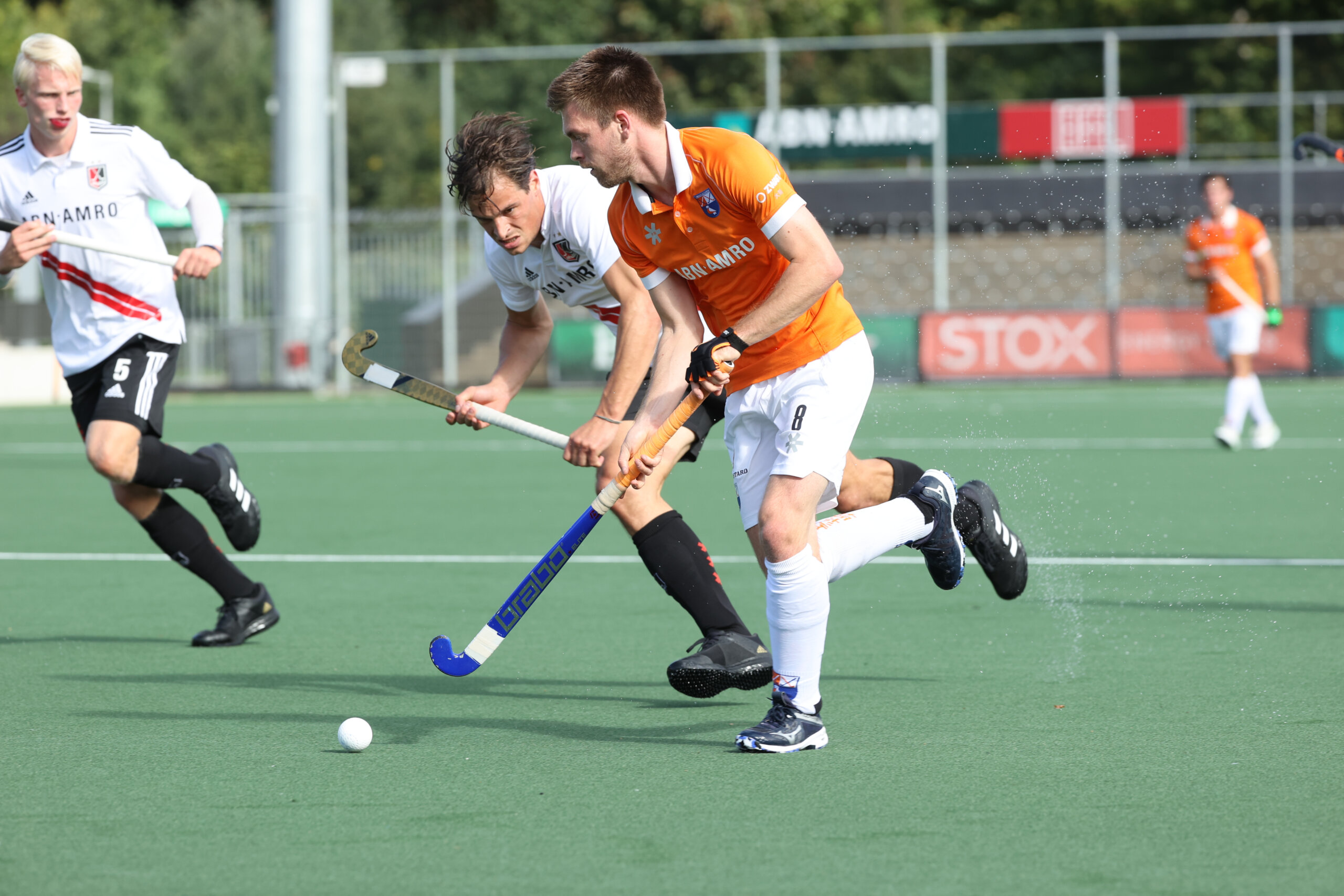 ‘It is right that expectations are high’

Bloemendaal is now back in a play-off spot. After the 4-1 win over Amsterdam, the title holder is the number four of the Tulip big league. The route could have been easier for the national champion, but Brinkman is not worried about that. ‘It is not a problem. It is right that the expectations of the outside world are high, that’s how it should be. But we also just start from zero. And have to stay sharp or maybe be sharper than ever.’

He was absolutely sharp in the classic, scoring three times. Can he still remember his last hat-trick? There is silence for a moment. And then: ‘Yes, that was here too, wasn’t it?’ Indeed. During the last Amsterdam – Bloemendaal, early May. He laughs and concludes with a wink: ‘It’s a nice field, isn’t it?’