It is just over a year since Great Britain and England’s most- capped hockey player retired from the international game.

His contribution to the sport on these shores during a 16-year international career cannot be understated, but Middleton is not finished yet.

Although he is still playing club hockey for English top-flight outfit Holcombe, the 36-year-old has already dipped his toes into the world of coaching. 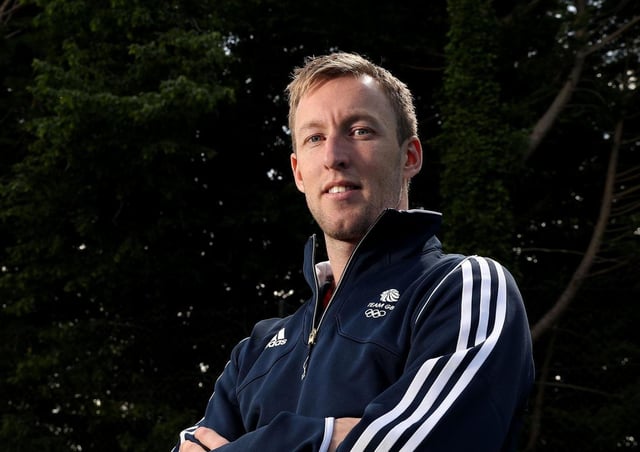 The next step, he hopes, is helping develop the next generation of English and British talent and going one better than he did as a player.

“I think that the teams I played in kind of put England back on the hockey map, but we never managed to consistently stay in the [world] top three,” Middleton says.

“I feel that, as a group, we left the sport in a better place than it was when I started out, but our national team is currently in a bit of a rebuilding phase.

“I believe that there’s still enough talent coming through for us to be able to break into that top three and stay there, but it takes time and also a lot of hard work.

“You need to be consistently producing good players and to do that you have to get them from a younger age and develop them.

“You also have to get the system right to allow the young players to flourish and I’d love to be part of the process.

“If I can’t play then the idea is to stay involved and help England and Great Britain in any way that I can.”

Having captained both England and Great Britain and played at the highest level for so long, there will, on paper, be few better qualified to help nurture the current crop.

And, modest though he is, even Middleton acknowledges that he has a fair amount of knowledge and experience that might be worth sharing.

“Playing the game has given me a way into coaching and my aim at the moment is just to get as much experience as I can and see where I want to go,” he says.

“There are lots of different avenues in front of me. This is just the start. I’m not the person to ask about whether I’m a good coach or not, but I feel I can offer a lot of advice and experience from the perspective of someone who has played a lot of international hockey.

“Currently I’m working with the Great Britain development team as assistant coach and also doing a bit locally with a school where a couple of my friends are working. At the moment, it’s a really good fit for me in terms of my skill-set and what I have to offer.

“I haven’t been a head coach or anything like that yet, we’ll have to see if I’m any good at it, if I like doing it and it fits in with life, however I’m enjoying it at the moment and get a lot out of seeing people improve and get better.

“It’s not the same buzz as playing. I don’t think anything ever will be. It’s very different, but I don’t think that’s necessarily a bad thing.”

Of those experiences which made Middleton “buzz”, the obvious highlight is England’s 2009 Men’s EuroHockey Nations Championship success, the first and only time the country managed to win the biennial tournament.

“That’s the big one, the one that really stands out,” he adds.

“To have the memory of that moment is special. To win with that group of players and for it to be the first time England had won the tournament was obviously great.

“The London Olympics was also an incredible experience. I think if you asked any British athlete who competed there, they would say the same thing.

“Another highlight was the [2014] World Cup in The Hague, a place where I’d played a lot of club hockey. That was special for me.”

There were other big moments in Middleton’s career, including captaining England to a bronze medal at the 2014 Commonwealth Games, however at a succession of major tournaments – including the 2012 Olympics – fourth place was as good as it got.

Thus, there are a few regrets, but not too many.

“I think there are always bits that you look back on and think ‘what if?’,” Middleton says.

“We came close so many times, there were a lot of results where the margins were very fine.

“We came fourth on a number of occasions and I wonder if we’d just cracked it once and gone on and won one of those big titles, would that have made a big difference?

“But when I look back, am I happy with what we achieved? Yeah. You look at yourself and think did I do enough? Nobody is perfect.

“You can always strive for more, but personally, I don’t feel that I wasted any of the talent that I had.

“I was very proud to captain my country for so long.”

The satisfaction that Middleton is able to take from what he achieved during his time on the international stage is one of a number of reasons why he was able to adapt to retirement without too many problems.

“It was quite different when I first retired, but it didn’t take much getting used to and it’s been nice just playing club hockey and enjoying it,” he adds.

“I was away from home and my wife a lot and I wanted to get away from that, so I was ready for the change.”

Doncaster born and bred, Middleton is now settled in Kent, and doesn’t get back to Yorkshire too often.

He has spent big chunks of his career playing abroad, both at club and international level, but hasn’t forgotten his roots or where he learned the game during his formative years.

“I was at Doncaster the whole time when I was a youngster. I learned a lot,” Middleton says.

“I played senior hockey from the age of about 13 or 14, starting in the Donny 3rd team and working my way up to the 1sts. I progressed every year and it was brilliant for me having that exposure to the men’s game from such an early age.

“Being able to play in those teams, you learn, you grow up quickly and it toughens you up.

“I probably weighed about 30 kilos and a lot of the older guys we were playing against didn’t seem to enjoy having this little kid running around with them, but if anyone whacked me then I always knew I’d be looked after by my team-mates. It was a great experience.”

Middleton was involved with England age-group teams all the way through his teenage years, and while he says that representing his country became the norm, he never envisaged that he would go on to enjoy such a long and distinguished career.

“It was just normal playing for England through the Under-16s, Under-18s and Under-21s. It was what I was used to, and so I guess I expected I would go on and play for the senior team. I wouldn’t say I knew it was going to happen, but I felt like I had a chance.

“Ending up as the most-capped player? I never imagined that. There was never a moment where I suddenly thought ‘I’ve made it’, but around the age of 21, 22 part of me was that I just want to keep playing [for England and GB] for as long as I can.

“I just wanted to play sport, to play hockey. I’d always been fit, so that helped, and I just thought that doing what I was doing was a good way of staying out of a real job. I’ve always said that I’ve enjoyed it. I love hockey and I’d say that to have spent 16 years of my life in a career like this is a pretty good thing.

“I wouldn’t change the experience that I’ve had for anything.”