Two senior Hockeyroos players, Rachel Lynch and Georgi Morgan, have won an appeal against their withdrawal from the squad in late 2020. However, at this time their involvement in the Tokyo Olympics remains unclear, with new coach Triny Powell still to announce her final squad and needing the agreement of a new selection panel.

Rachael Lynch, the current FIH world goalkeeper of the year, and former Hockeyroos captain Georgie Morgan were dropped from the squad last year as player discontent with non-playing leadership reached a boiling point.

A long wait for Lynch & Morgan

While every member of the selection panel who wanted to fire Lynch and Morgan had left their posts by mid-March, the pair had to wait more than 130 days for the outcome of their appeal. Former coach Paul Gaudoin was the last to go, resigning just hours before a damning independent report found several issues with Hockey Australia and the Hockeyroos climate.

According to sources familiar with the appeal, the players were informed on Thursday that they were victorious and that the appeal was won on the grounds that there was “no material on which the selection decision could reasonably be based.”

Unfair to be fired

With the appeal ruling that it was unfair for Lynch and Morgan to be fired, Hockey Australia has explained that new coach Katrina Powell cannot pick them for Tokyo on her own, and that a new selection panel must be created to consider such matters.

“After reviewing information submitted by both parties, an independent appeals tribunal found sufficient reason to challenge the duo’s non-selection,” Hockey Australia said.
“Hockey Australia respects the tribunal’s decision and will now move to give all players the opportunity to be considered by a new selection panel.

“While this appeal decision does not guarantee the pair immediate re-entry into the national squad, both players will be qualified for selection once again. The timing of any future team selections will be decided by the selection panel.”

Following the appeal ruling, Lynch shared an Instagram photo of herself and Morgan dressed in Hockeyroos gear with a green heart as a caption.

Hockey World News announced last year that Hockey Australia was made aware of player and staff complaints about the Hockeyroos set up as early as 2017.

Despite their departures, Lynch and Morgan were both forced to wait weeks for a decision. HA also barred them from joining the squad to remain in match condition in case they were selected to compete in the Olympics.

The Hockeyroos were scheduled to be back in action against close rivals New Zealand in a matter of days. However, due to the restrictions in travel and Covid quarantine regulations these matches have been postponed, along with the Pro-League fixtures against China and teams across Europe.

With both Lynch and Morgan having their appeal decision go in their favour, Triny Powell and Hockey Australia now have two world-class athletes to call upon, in their next squad selections,  who could bring a wealth of experience to the women’s high-performance camp, that will only bolster Australia’s Olympic hopes, with just a few months out from taking to the field on the first day of the Tokyo Olympics. 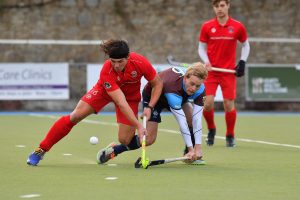 Glenns Back on Top as Rovers Go 2nd