India has not been able to crown the fairytale at the women’s tournament of the Olympic Games with a medal. The team of national coach Sjoerd Marijne fought back against Great Britain from a 2-0 deficit to a 2-3 lead, but still it was the British who won 4-3 and took the bronze.

Tears rolled down the cheeks of Gurjit Kaur, the penalty corner woman from India who had caused the stunt of the tournament with a drag push in the quarterfinals against Australia (1-0 win). Comfortingly, Marijne put his arm around her. With two goals, Kaur once again played a key role in this game, but this time it wasn’t enough to give India the win.

For outgoing champion Great Britain, the bronze felt like a top prize. Goalkeeper Maddie Hinch, queen of the shoot-outs in the quarterfinals against Spain, was especially emotional. By winning the bronze medal, the British put a line under the poor performance of recent times. 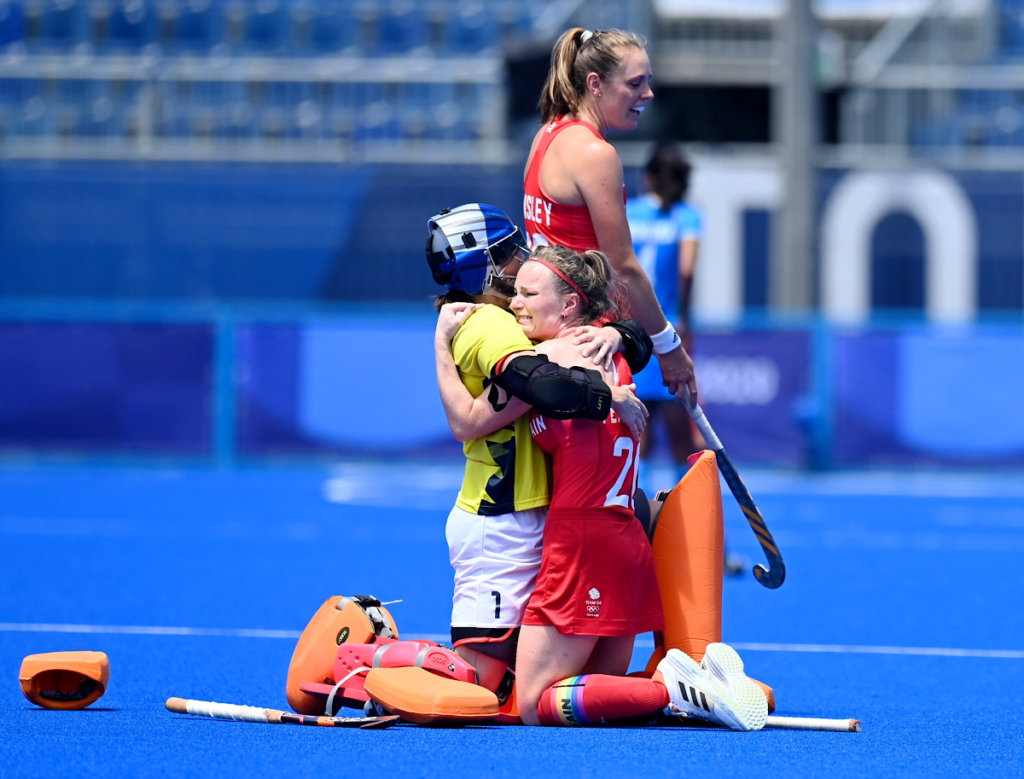 Maddie Hinch and Hollie Pearne-Webb hug each other. Photo: FIH/WorldSportPics

The consolation final grew into one of the most spectacular duels of the women’s tournament. Great Britain took a 2-0 lead in the second quarter thanks to goals from Ellie Rayer and Sarah Robertson. Then India started a comeback. Within two minutes, specialist Kaur cleverly hit two penalty corners. Three minutes later, Vandana Katariya also pushed in the 2-3 from close range. Great Britain’s lead had evaporated before the end of the second quarter.

A backhand shot from Hollie Pearne-Webb in the third quarter gave the 2016 Olympic champion the 3-3. In the last quarter Udita took yellow, forcing India to continue with ten men for five minutes. Great Britain took advantage of this via Grace Balsdon, who won the 4-3 from a penalty corner. In the final minutes, India failed to make a comeback for the second time. What remains after the loss for the number four of these Olympics is the pride of eliminating Australia.