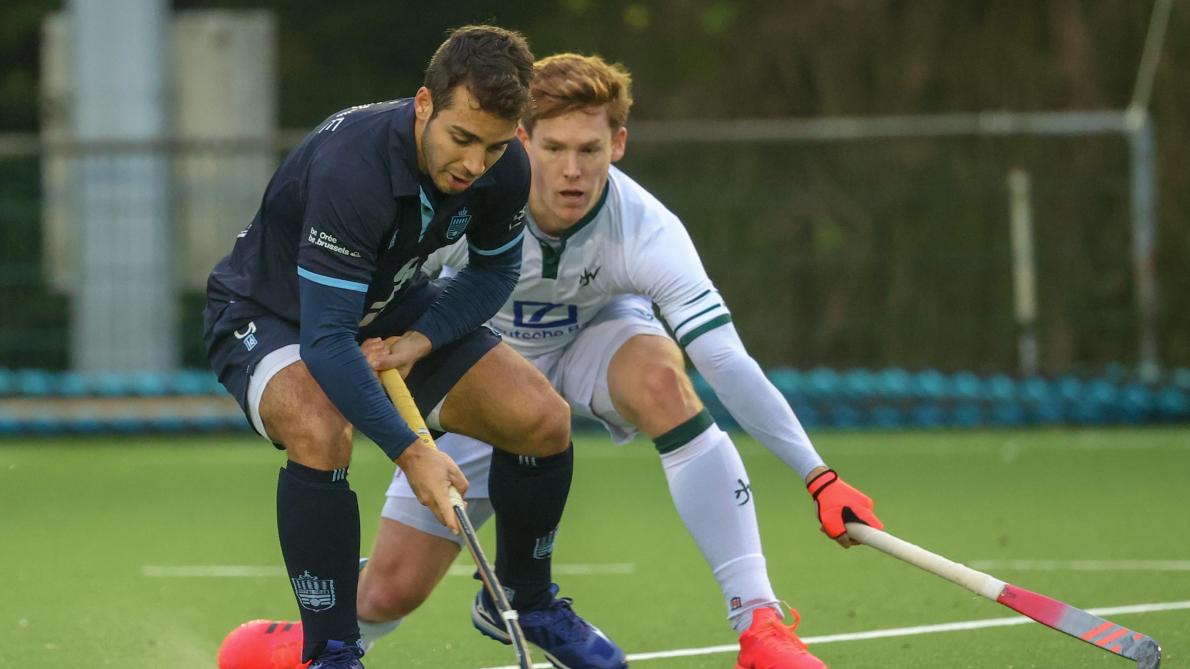 For the return to competition, the Brabançons had to avoid the trap of the Orée which wanted to resume its forward march after being defeated at Leopold just before the interruption of the championship. A special match for Xavier de Greve and John-John Dohmen who welcomed their former club to the duel at the top of this 9th day. And from the start, it was the visitors who were the most enterprising with an attempt by Tommy Willems. And from the 8th minute of play, Watducks took the lead at the scorer on a penalty phase well concluded by Elliot Van Strydonck.

Under the eyes of the national coach, Shane McLeod, the proteges of Jean Willems controlled the exchanges and obtained a new possibility but the shot of Jérémy Wilbers was not powerful enough. Shortly after the quarter of an hour, the Brussels residents finally reacted but Facundo Callioni could not regain the cross from Manu Stockbroekx. The game was more open and William Ghislain was close to doubling his team’s lead but his backhand shot missed the goal. Tomi Domene obtained a first penalty, but without success. The Argentinian was no more lucky later when he placed next to the Brabant cage.

In the 37th minute, Watducks scored number 2 on a penalty phase concluded, this time, by Nicolas Dumont. L’Orée played well and controlled the game but could not materialize this at the scorer despite 2 new penalties, one of which hit the post to the dismay of Tomi Domene. The visitors were formidable against. And after another backhand shot from William Ghislain, it was Louis Capelle who left the final score at 0-3. A 6th important success which allows Waterloo to return to a small point behind its opponent of the day in the standings.

The Flandriens have won a 7th success in 8 games (they still have to face Namur in a lineup match) and they remain the only undefeated team in the decision of Honor after having drastically beaten the Anvers in a one-sided duel. After 6 minutes, Pascal Kina’s players were already leading 2-0 after goals from François Goyet and Juan Saladino. Hamish Imrie made the visitors smile, but Leandro Tolini breathed new life into the locals from the penalty spot. In the second half, it was Alex de Paeuw who offered himself a hat-trick and who definitely established the victory of the new DH leaders. Milan Van Baal’s goal counted only for statistics. L’Orée, which will welcome the inhabitants of Ghent next Saturday, as part of the double weekend (28-29 / 11) has already been notified.

The situation becomes more complicated for the people of Brussels, who recorded a 5th setback in 7 games during their visit to Boom. The local team played fair and secured their victory in the first period with goals from Loïck Luypaert (25th) and Nelson Onana (26th). Racing will have to correct the situation next weekend and try to pocket the 6 points at stake even if it will receive Watducks on Sunday in a duel that it absolutely cannot lose!

The Universities can seriously bite their fingers after this division against an Antwerp team, to say the least, weakened with 5 absent. The visitors even had to call on… Xavier Reckinger, current coach of the German women’s national team, but who is still playing in team 6, in Lier, to complete their team. However, it had started well for the Brabançons who took control of operations from the 16th minute thanks to Lucas Vila. But at the very end of the game, it was finally Simon Van Diest who offered a miracle point to the Herakles who thus remains in contact with the top 8 with one game less.

The 2 Walloon clubs naturally pointed to this particular meeting since it is the very first time in their history that they have met in the honor division. A crucial match for the 2 teams who had still not managed to snatch a single point since the start of the season. And it is ultimately the people of Namur who managed to emerge and who reap these 3 very important points. However, it only took 6 minutes for Leopold Langen to open the scoring for the Liégeois. But at quarter of an hour, Alexandre Willemart deservedly equalized. In the second half, Leopold Langen put the cover back and gave the home team the lead. But the joy was short-lived since Barthélémy Destrée put the two teams neck-to-neck less than 3 minutes later.

Bad operation for the people of Antwerp who were surprised by the very catchy Molenbeekois as usual. The visitors never gave up and each time they managed to pick up the score when the Bee seemed to be able to take off. Roman Duvekot had shown the way to follow from the 6th minute before Joaquin Coelho equalized (18th). Arthur De Sloover then returned the smile to his people just before the break. But the people of Brussels remained dangerous and Daniell Bell scored 2-2 from the penalty spot (52nd). And when Gaëtan Perez scored number 3, he thought he had accomplished the most difficult but it was without counting on François Sior who allowed Daring to snatch a second share and especially to take, in passing, his 8th point of the season.