Hockey in Australia: ‘I had to arrange everything within ten days’

In the series ‘Foreign adventure’ stories of Dutch hockey players who play or have played abroad, this week Florine van Grimbergen (28). She played in two bouts for Melbourne University Hockey Club and HC Melbourne in Australia.

Ouch! Ouch! There is still fifteen minutes of playing time on the clock, but Florine van Grimbergen has a cramp in both calves. It has nothing to do with the lack of fitness, but more to do with the hectic pace of the past two weeks. It turned out to be quite a rollercoaster. One moment Van Grimbergen was quietly sitting in her house in Amsterdam thinking about her hockey future and ten days later she tried to make it to the end of the game with cramps in both calves on the field of Melbourne University Hockey Club in Australia.

‘It was clear that I would not continue at Laren after the summer,’ Van Grimbergen outlines her situation at the end of the 2017-2018 season. Wendela van Dedem (goalkeeper Hurley, ed.), A good friend of mine, said: why don’t you go to Australia? She was in contact with Phil Burrows (former player of HGC and Rotterdam, ed.), Who lives in Melbourne and was looking for Dutch players for the university team. ‘

‘I thought, if I don’t do it now, I’ll never do it again. I had to be in Melbourne ten days later. I thought, Okay, that’s fast, but let’s go. I quit my job, the rent of my house, put all my things in my parents ‘basement and arranged a visa.’

I arrived on Friday evening and had to play on Saturday. That morning I woke up and thought, where am I?Florine van Grimbergen about her arrival in Melbourne

The club provided the plane ticket and accommodation in Melbourne. Van Grimbergen spent that period of three months with a couple, whose wife played in the second team of Melbourne University Hockey Club.

‘I arrived on Friday evening and had to play on Saturday. That morning I woke up and I immediately thought: where am I? I arrived at the club, introduced myself to the team and took to the field. Good luck. That’s why I got cramps in my calves in the last fifteen minutes. ‘

Van Grimbergen comes from a well-known hockey family. Her grandfather Ab won the world title in 1973 as national coach of the Oranje Heren. Father Maarten was part of the team of Klein Zwitserland, which dominated the Dutch big league, played 145 international matches and was active in two Olympic Games.

Van Grimbergen herself took her first steps in hockey at Klein Zwitserland. After a few years in Laren and three months in Australia, she returned to the Hague club for a season (2018-2019), after which Van Grimbergen decided to travel to Down Under again.

‘It started as a fun’, says Van Grimbergen. ‘Kate Saunders (former international New Zealand, ed.) Had become a good friend during my first period in Australia and asked me if I wanted to come back.’

‘I had my doubts, because you’re getting out of life in the Netherlands anyway. I lived with my parents and had a job in between . I thought about what I wanted and after a month of thinking I made the decision. ‘

Van Grimbergen packed her suitcase and rejoined Melbourne University Hockey Club. This time she would also stay in Australia for a longer period, not three months but for a whole year.

‘In that first period I was a kind of tourist in Melbourne. I had no work besides hockey, so I went out a lot myself. There is always something to do, Melbourne is a vibrant city. There are many people on the street who are playing sports. Melbourne is the city of coffee. If there was such a city in the Netherlands I would have lived there, ‘laughs Van Grimbergen.

‘Australia was new to me. I had never been there and didn’t know anyone there. It was a whole new world for me, not a different culture, but above all a fun world and a cool experience.

‘I experienced the second period differently. I shared a house with Kate, but I had my own place. I worked in a coffee shop as a barista, making tasty coffees. Of course I now also knew my teammates and they said: nice that you are back.

In her first period, van Grimbergen was unable to prevent Melbourne University Hockey Club from being relegated to the second level. ‘When I came the team was last, but we got better per game and climbed the rankings. Unfortunately I was unable to participate in the last two games. I had to go back to the Netherlands where I heard that the team had been relegated. ‘

Van Grimbergen: ‘There was certainly a difference in level compared to the big league. The speed of the match, passing and accepting. Anything that can go faster went slower. The players looked up to me, because I came from the Netherlands. So it is not the case that you come there and lean on your heels. I enjoyed showing what I could do. The players are eager to learn and have a good mentality. The hockey is physical, but I didn’t have to get used to it. The game is also tough in the Dutch big league. ‘

In her second period, Melbourne University Hockey Team was promoted and Van Grimbergen became top scorer with 32 goals, 17 of which from a penalty corner. “Normally I am on the defensive, but at Melbourne I mainly played for passing in midfield.”

Van Grimbergen not only trained with her own team, but also with the men from Melbourne. Phil, who coached the men’s team, came to me with the question: don’t you want to train with the men? I liked that and trained with them once a week. It was good for my level. It went faster and harder. It made me better. ‘

Van Grimbergen’s game and performance stood out. She was invited to participate in selection training for HC Melbourne, a team consisting of the best players from the region and participating in the Hockey One League, the national competition.

‘I thought you had to be Australian to be selected for that,’ says Van Grimbergen. ‘That turned out not to be the case. I participated in four selection training sessions. The group kept getting smaller and eventually I was selected for the team. ‘

The national competition consists of seven teams from the different regions in Australia. Only the Northern Territory was not represented. The teams played against each other once. After six rounds of play, the top four teams qualified for the semi-finals, followed by the final.

‘We traveled all over the country,’ says Van Grimbergen. ‘We were in Perth for a week, so you had time to look around a bit. We were only in Sydney for two or three days. That was more hotel, training and back to the hotel. ‘

With a clear lead of five points, HC Melbourne finished on top after six games. After winning shoot-outs in the semi-finals against Canberra Chill, the final battle was lost against Brisbane Blaze despite a goal from Van Grimbergen after shoot-outs. “We should have won the final.”

After the final in November, a long stop followed. For Van Grimbergen the time not only to work, but also to enjoy and travel around. She celebrated Christmas with two teammates and their family in Tasmania. ‘I really got a family feeling there. It was also very strange, because it was full summer. So we sat in the sun with food and drinks. ‘ 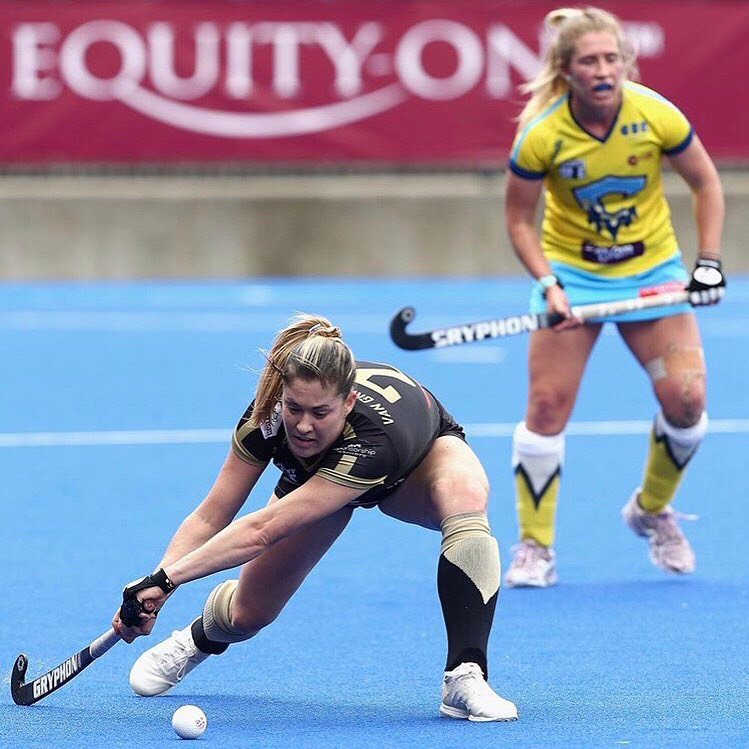 After a trip to Bali, Van Grimbergen returned to Australia to prepare for the new season with her team, but the corona virus emerged. ‘In the beginning I was not so aware of the seriousness, but that slowly started to sink in. My mother was afraid I wouldn’t be able to come home again. ‘

Uncertainty due to corona

A period of uncertainty began. ‘I had to look for other work because as a foreigner you can work in one place for six months. Because of corona, they didn’t hire anyone anymore. There was a lack of clarity about hockey. I then took the step to go back to the Netherlands. ‘

The club arranged a ticket for the return journey. However, her flight via Singapore was canceled, after which a second attempt to get home also failed. ‘It took two weeks before I could fly to the Netherlands. It was a strange sight, nobody at the airports and an empty Schiphol. Since it had already gone wrong twice, this time I would have kept it quiet when I got home. So I suddenly found myself on my parents ‘doorstep.’

Meanwhile, Van Grimbergen has again embarked on a foreign adventure. She has been playing for Braxgata in Belgium since September. ‘I had decided to quit hockey after Australia, but then came corona. I didn’t want to end up like that and was asked if I didn’t want to play at Braxgata. ‘

Whether she will end her sporting career at the end of the season or not, Van Grimbergen cannot say yet. Australia continues to beckon, she admits. ‘I made friends there and made connections. We will keep in touch via WhatsApp and Instagram. If they asked me, I would do it again. It’s still great fun. ‘

PrevPreviousOlympic Champion Lily Owsley signs for HDM
NextMax Caldas on winter internship in the Netherlands: ‘We are flexible’Next