After every Olympics, international hockey witnesses a spate of retirements. Tokyo 2020 was no different. No sooner than the Games ended, many a stalwart announced retirement from the international game.

Their adieu would have come a year ago had the Olympics, affected by the Covid-19 pandemic as all else, not been postponed.

Players push themselves to play in the Olympics. After all, for hockey and most other sports, the quadrennial Games is considered the pinnacle of a career.

Donning the national jersey at the extravaganza often calls for straining every physical and mental sinew that often goes with making sacrifices in terms of job, family and personal finance. 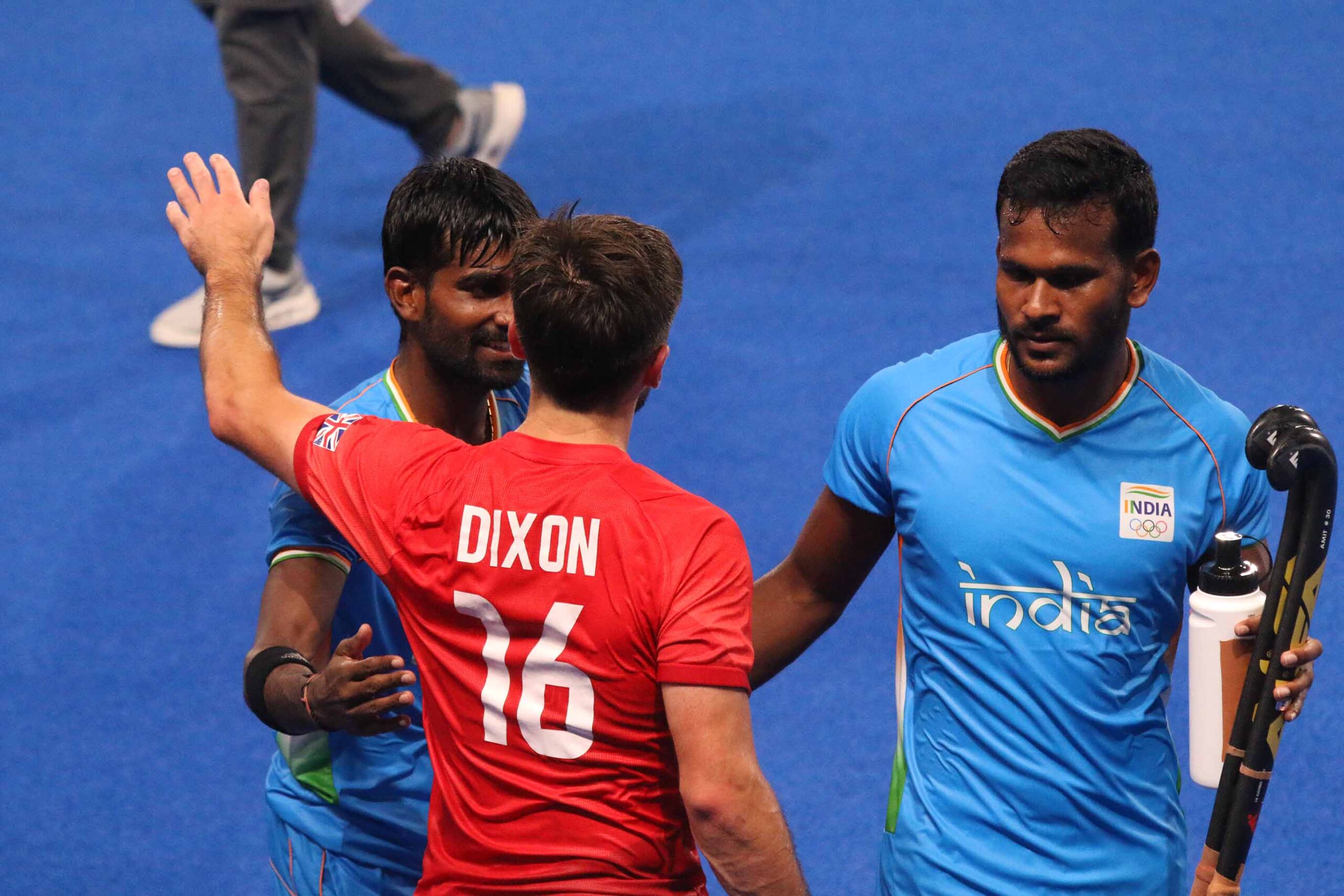 GB’s Adam Dixon retired from international hockey after QF loss to India, but had a gracious attitude towards the winner

Great Britain captain Adam Dixon also called it quits after his team bowed out in the quarterfinals where they lost to India.

Two gold medals adorn Hauke’s cabinet after successful outings at Beijing 2008 and London 2012. There’s also a bronze medal from the 2016 Rio Olympics. Fuchs has one gold from London and a bronze from Rio. Haner, a doctor by profession, has collected an Olympic gold medal from London 2012.

McAlesse, a defender, is 36 and has appeared in 320 internationals over 15 years and has been a gritty customer in a Black Sticks shirt.

Dixon called time on his international career that included 290 matches in 12 years. The defender’s commitment in a GB/ England shirt was exemplary and he now relishes the prospect of spending time with his young family.

In women’s hockey, tireless Great Britain and England midfielder Susannah Townsend brought the curtain down on her 188-match career spanning 13 years after adding the bronze medal to the gold she won in 2016. Her swansong was a thrilling 4-3 win over India in Tokyo.

Belen Succi, however, will continue guarding the Argentine goal with aplomb. She’s 35 and a mother but said she has no plans to retire in the near future. One assumes she’ll be around at Paris 2024 aspiring to turn silver, won at Tokyo, to gold.