It is said that when Belgium’s current generation of hockey players were growing up, they looked up to Holland legend Teun de Nooijer for inspiration.

The reasons are not hard to fathom if one dwells on the country’s hockey history.

After a bronze at the 1920 Olympic Games, the next six decades saw Belgium being relegated to the status of a second-tier European nation. Even until the early 2000s, if

there was a match against the top European or Asian teams, the discussion would be about the margin of victory and not the result. 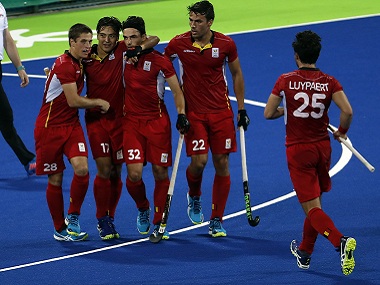 coaches and rejigging its hockey from the grassroots to find its feet on the world map,

and the truest sign of it came at the 2016 Rio Olympic Games when they finished with silver. En route they defeated India in the quarter-final.

Vincent Vanasch, goalkeeper of the silver medal triumph that changed the face of Belgian hockey says “To be honest, we are yet to understand the true meaning of what we have achieved [in Rio]. When we returned home, it seemed the entire world had changed. People could recognise us, and suddenly everyone spoke of hockey. I

have not seen something like that before and even now when I speak of that medal, I get goosebumps”.

“It must be different in other countries, especially like India where people love their players and the country has achieved so much in the Olympics”.

“For us to get a medal in Olympics after 96 years was massive. And to be a part of that feat is still taking time to sink in”.

It all began for the Red Lions when they introduced a plan in 2006, “Be Gold”. Working with youth – an Under-16 lot was chosen – and opening two national training centres was central to plans in an effort to build for the future.

Adam Commens of Australia was among the first coaches to come on board, before Colin Batch (Australia) and Mark Lammers (Holland) took Belgium ahead. 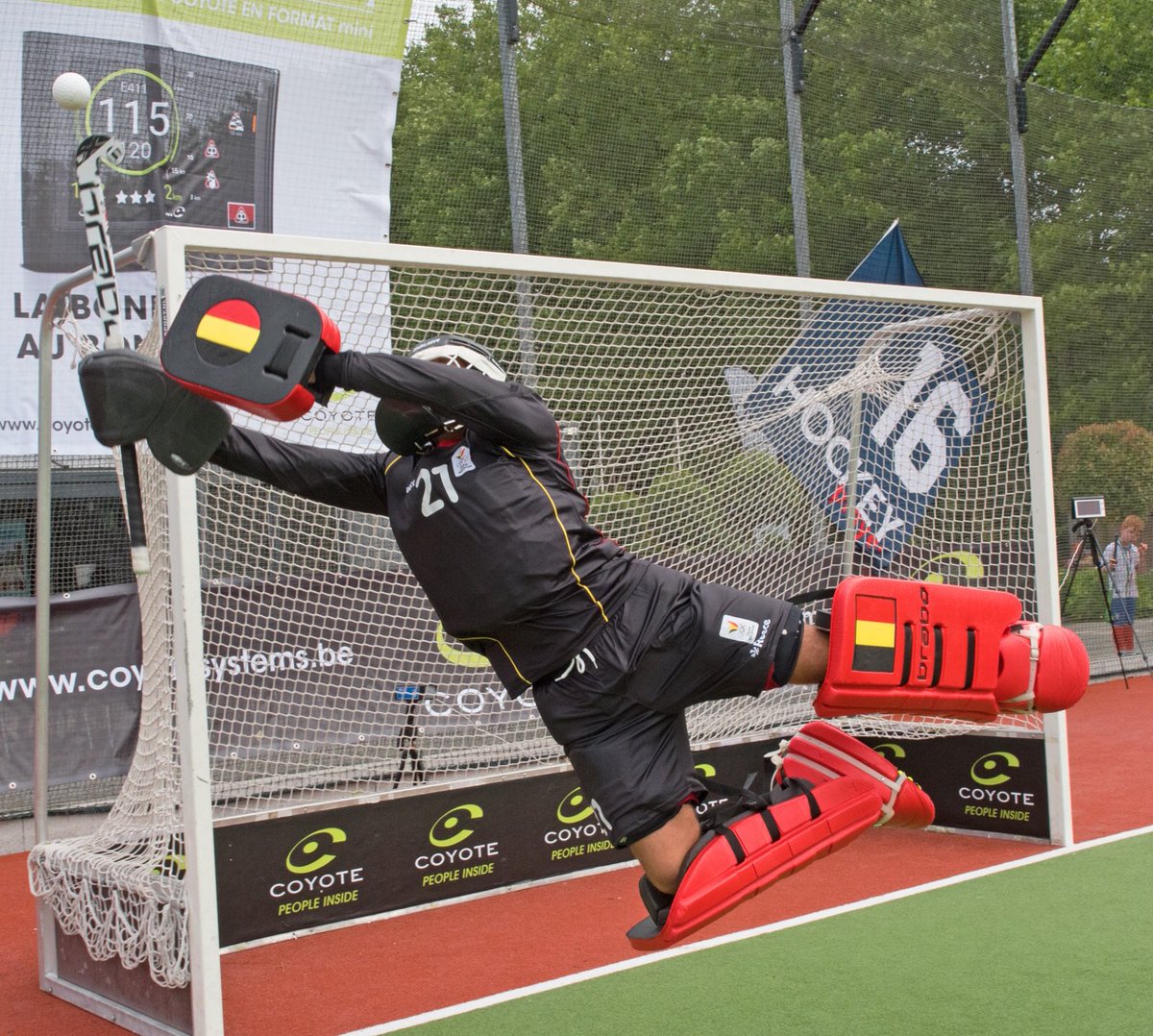 “Having uniformity in play at all levels, junior and senior, is very crucial for the hockey growth of a nation. It also involved a lot of money which our federation put in,” says

Vanasch, who is representing Delhi Waveriders in the ongoing Hockey India League.

“It took us many years to start getting positive results. The start was very slow… there was a time when we used to lose by a big margin, and India defeated us regularly.

“The Olympics remained a distant dream but a significant one and we never lost sight of it.”

For years, Australia, Germany and Holland have been the flag-bearers of international hockey winning a total of 19 medals between them at the World Cup and the Olympics since 2000.

Vanasch says the times are changing. “It is definitely not the same now and Belgium and Argentina (gold medallists) proved it in Rio. Teams have caught up and it has taken years of investment and planning.”

“Be Gold” changed to “Push for Podium” before Rio, and Belgium managed to achieve the unthinkable under famed New Zealand coach Shane McLeod in August last year.

A medal in Olympics after only 10 years of planning? Is it possible? Vanasch says Belgium can be a good case study in this.

“We have proved it and other nations are doing the same. Today we know that a World Cup or the Olympics doesn’t necessarily mean that Australia, Germany or Holland will win,” the 29-year-old says.

After 32 years of missing out, Belgium qualified for the Summer Games in 2008 Beijing and finished ninth. In 2012 London, they ended a commendable fifth till Rio saw script

a glorious chapter. Within a decade, they rose from the second nation to being contenders for world titles.

Reflects Vanasch, “There are a number of factors involved here. One is uniformity in structure, adapting a modern culture under the best of coaches, performance management techniques and a strong club culture. Structures are very important. 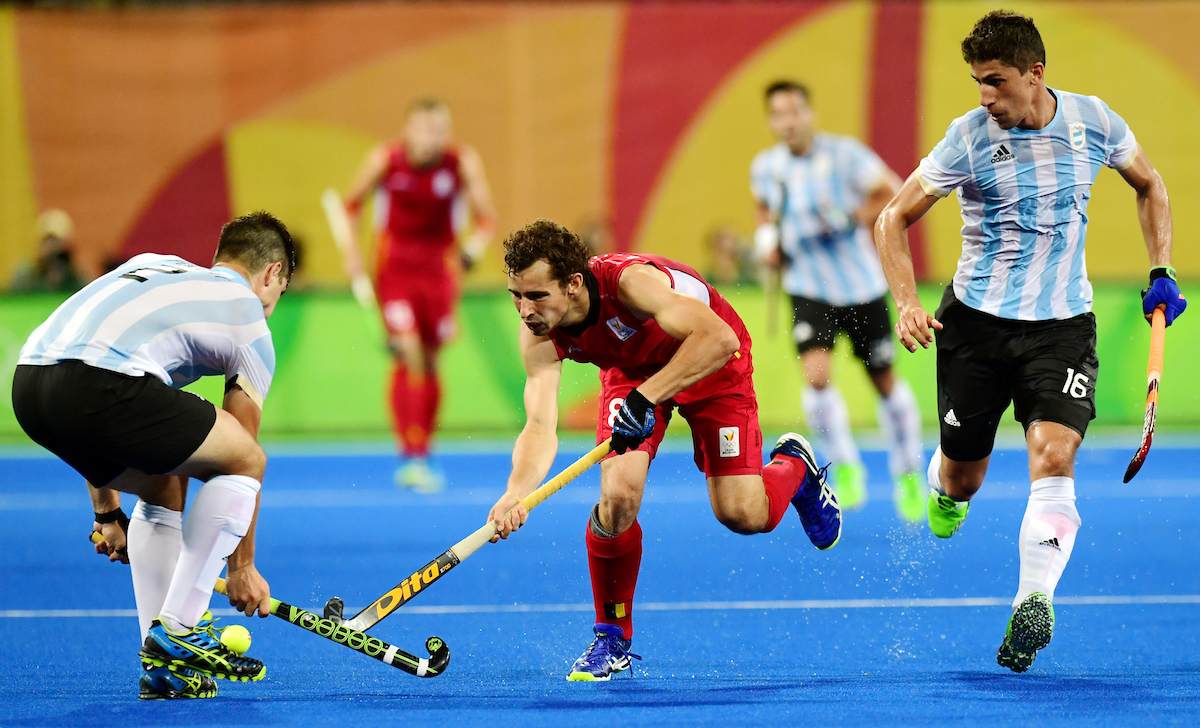 “The margin between the top teams these days is so close that it takes years to break through and having achieved that is something we are proud of.”

For a generation devoid of heroes, Vanasch understands that they are now being looked upon as the linchpins of Belgium hockey.

“That’s actually great… and in some ways unthinkable. This one medal has brought in so much. Now, one can see a surge in the number of players in local clubs and those who want to take up hockey.

“Have we done it? Are we their heroes? I cannot say but it definitely has changed a lot. The future seems bright.”