Germany was the first country to qualify for the semifinals of the Olympic tournament on Sunday. In the sweltering Tokyo, the Germans settled in the quarterfinals with defending champion Argentina. It became 3-1. Belgium also joined the last four by beating Spain 3-1, just like India, which was too strong for Great Britain (3-1).

India will play against world champions Belgium in the semi-final. Germany’s opponent for a place in the final is Australia, which defeated the Orange Men after taking shoot-outs. After regular time the score was 2-2.

Clumsy loss of the ball cost Great Britain the head in the quarter-final game against India. The team of national coach Graham Reid punished the mistakes hard.

After seven minutes, Ian Sloan thought he could easily dribble out of his own circle. He was overpowered by Simranjeet Singh, who immediately passed the ball to Dilpreet Singh. Out of the turn, he shot the ball through keeper Oliver Payne’s legs into the goal. 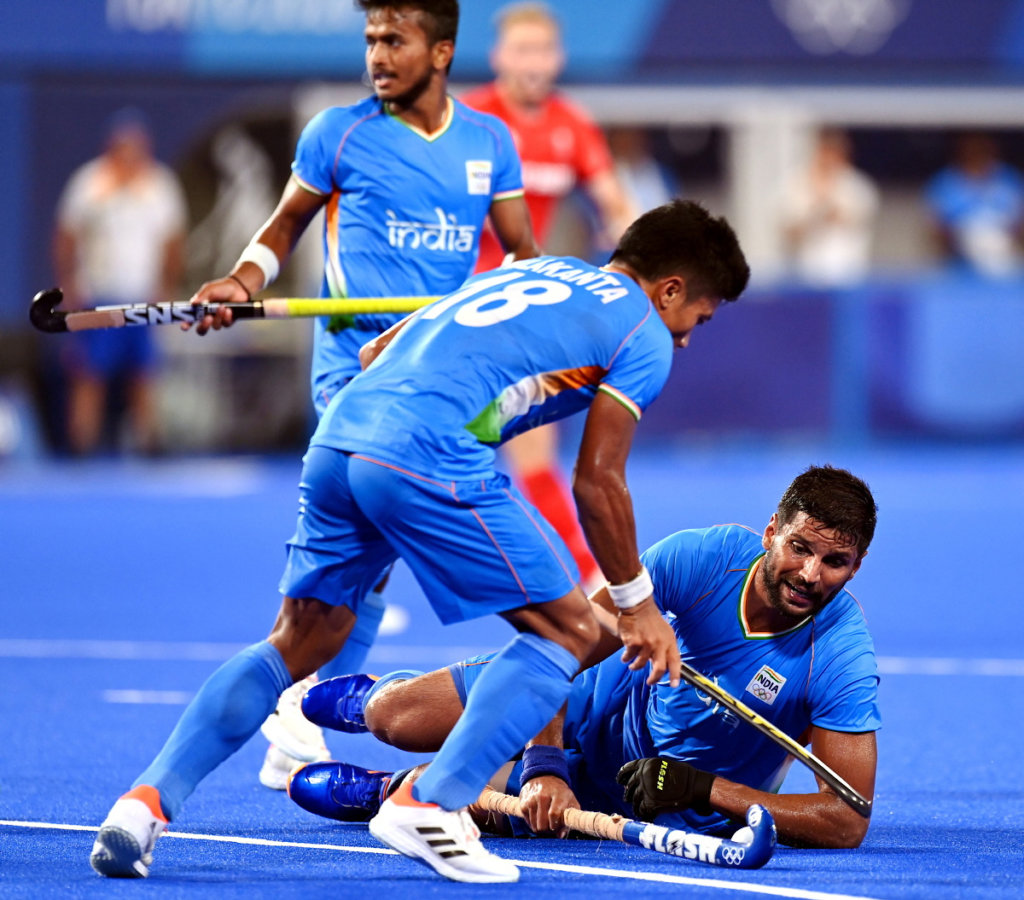 Seventeen seconds into the second quarter it was 2-0 for India. Liam Sanford’s wide pass was intercepted by Hardik Singh. He drove the ball up and served Gurjant Singh, who knew what to do with this opportunity.

After the break, British pressure on the Indian goal increased. It led to quite a few corners. Just before the end of the third quarter, Sam Ward narrowed the British deficit from a penalty corner variant to 2-1.

Despite the ascendancy, the British failed to produce the equalizer. On the other hand, it was hit. In the end, captain Manpreet Singh was on the side with yellow, India countered to the 3-1. Hardik Singh sprinted into the circle. His first shot was saved by Payne. Sanford wanted to pick up the rebound, but slipped and Singh got the ball in front of the stick and took it out.

Thomas Briels had to watch from the stands as his Belgian teammates competed against Spain. Nicolas de Kerpel had returned after an ankle injury, which he sustained in the first game of the tournament against the Netherlands. As a result, Briels took up his role as reserve again.

The Belgians therefore appeared in the strongest line-up, but the Red Lions had their hands full with the Spaniards. The Red Sticks happily took the lead. A pass from David Alegre ended up in the goal via Arthur de Sloover’s stick. Although it appeared that the ball had been shot from outside the circle, video referee Coen van Bunge indicated that the referee could uphold his decision. So 1-0 for the Spaniards.

Eight minutes after the break, Belgium got a penalty corner, which was cashed in by Alexander Hendrickx. The penalty corner specialist was dressed in a turban after being hit on the head by a British stick in the last group match.

An exciting third quarter followed in which Spain had chances to make it 2-1, but the second goal fell to the Belgian side. Hendrickx’s penalty corner was initially stopped by keeper Quico Cortes. He also saved the rebound from Sebastien Dockier, but the answer to Tom Boon’s bet had to remain indebted to Cortes.

Due to a yellow card for Antoine Kina, Belgium had to survive the first five minutes of the last quarter. Alegre failed to bring the tension back into the game. The decision came just before time. Hendrickx, with his eleventh goal of the tournament, determined the final score at 3-1. 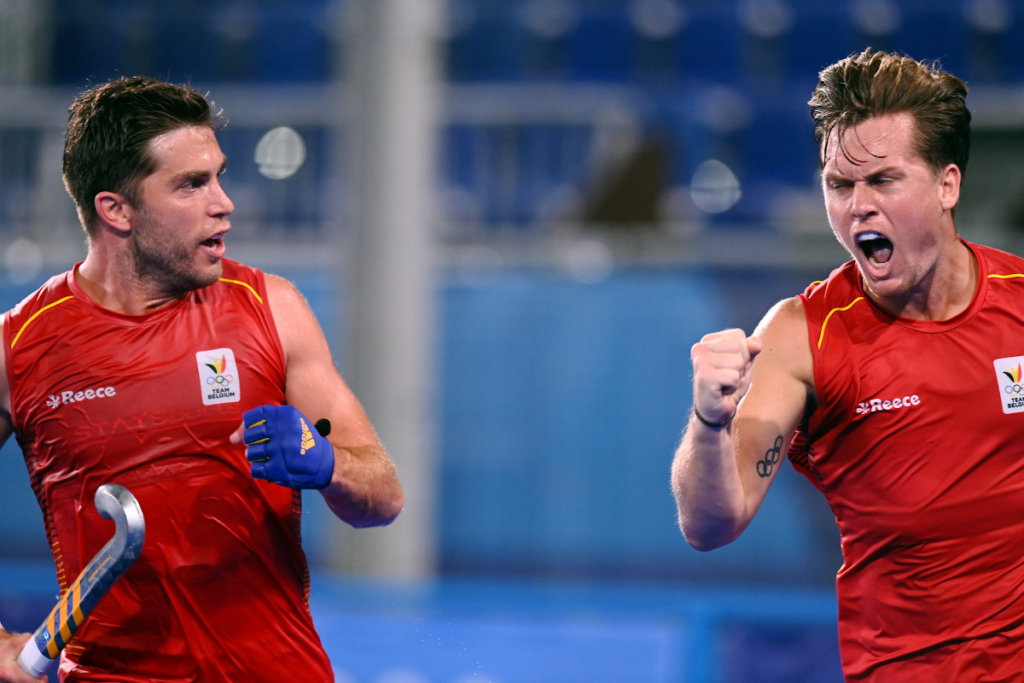 The knockout phase started with a cracker, a duel between the last two Olympic champions. A match, led by Coen van Bunge, in which the Argentines failed to hurt the Germans, especially in the beginning.

Agustin Mazzilli barely passed the German goal after turning easily away from Lukas Windfeder and after a cross from the left, German goalkeeper Alexander Stadler saved on Agustin Bugallo’s tip-in.

With two goals from the penalty corner, Lukas Windfeder had a large share in Germany’s victory. The Germans’ third goal also came from a corner. After a combination between Tobias Hauke ​​and Christopher Rühr at the head of the circle, Timm Herzbruch tipped the variant over goalkeeper Juan Vivaldi against the ropes.

The penalty corner seems to be running at the right time for the Germans. At the recently held European Championships in Amstelveen, the corner was rather stiff.

After the good opportunities at the start of the game, Argentina was unable to make a fist. Maico Casella saved the honor by converting a corner. In the final phase Argentina got three more corners in a row, but the German defense held up.

Maybe we needed that game against South Africa tooFlorian Fuchs

“The group stage was difficult for us. We played well against the Netherlands, but today we really showed what we are worth. We defended fantastically. Especially the last minutes, when Argentina was looking for the 3-2. I never had the idea that we were going to hand over the game,” Bloemendaal player Florian Fuchs said proudly.

‘The group match that we lost to South Africa was typically one of those moments during a tournament when things don’t go as planned. After that we had a good talk. It’s no secret that we can be very direct to each other. Maybe we needed that game against South Africa for a while. It’s been going a lot better since then. Although we must not forget that we have not won anything yet. We are only in the semi-finals. ‘ 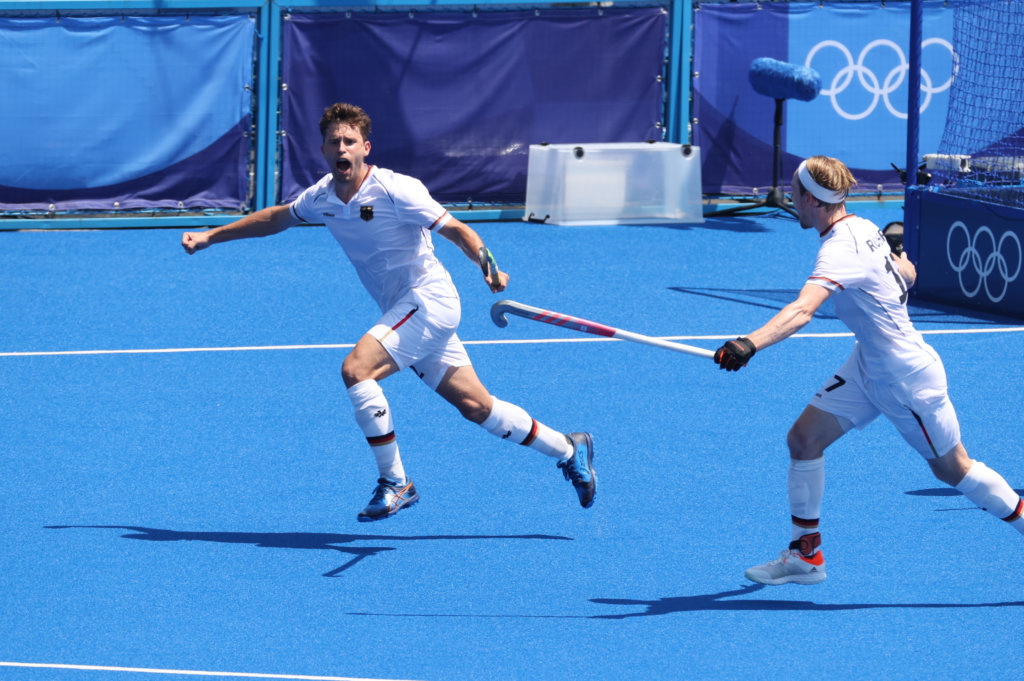 The joy in Germany is great. Photo: Koen Suyko

The Tokyo 2020 Olympic tournament has ended in a big disappointment for the Dutch team. After a disappointing group stage, the Orange squad lost in the quarterfinals, despite a good game, after shoot-outs by Australia, the number 1 in the world. After fourth place in Rio 2016, national coach Max Caldas says goodbye for the second Olympic Games in a row without a medal and leaves for Spain.