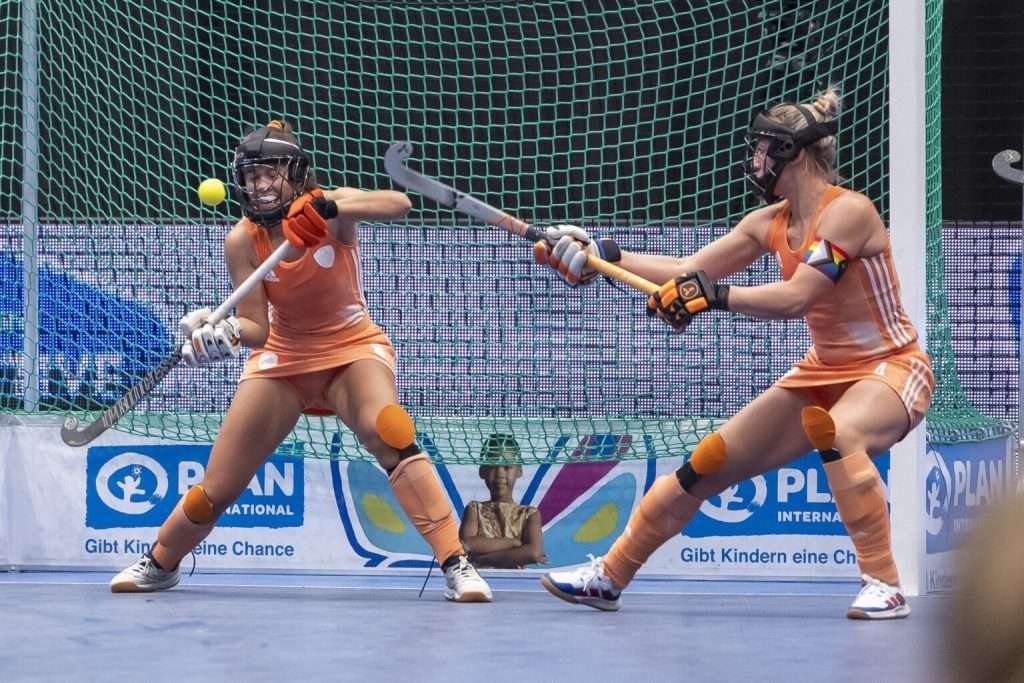 While the Oranje Dames Zaal are now back in the Netherlands, we took another full look at the images of the lost European Championship final against Germany on Saturday (5-4) in Hamburg. We look back at that intense, nerve-racking final battle with five key moments. 1. Orange deals the first blow Under pressure from a few […] 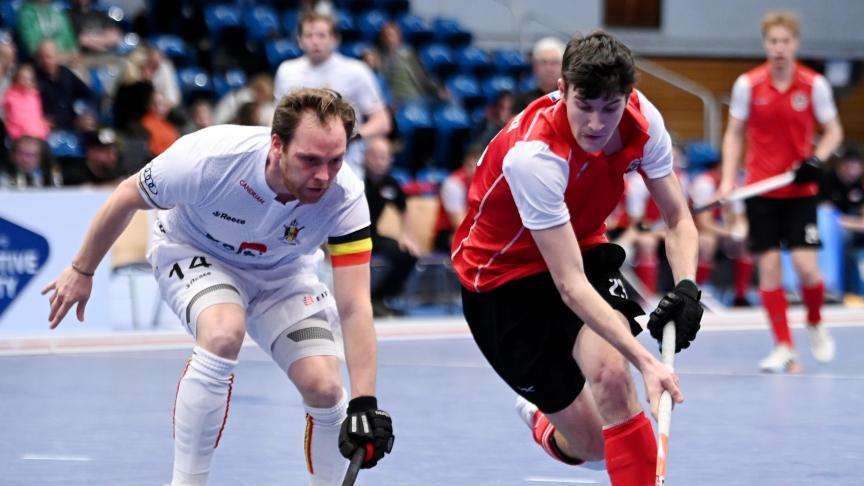 A disappointing Euro for frustrated Indoor Red Lions While they came to Hamburg to win a medal, the Belgians missed their European meeting. They finish in a very disappointing 5th place after half-hearted performances. If their ambitions were realistic, they however lacked the lucidity and aggressiveness to achieve them. JNever before has the Belgian indoor team seemed […]

Indoor: The Battle Between the Hockey Enthusiast and the Sportsman Hertzberger 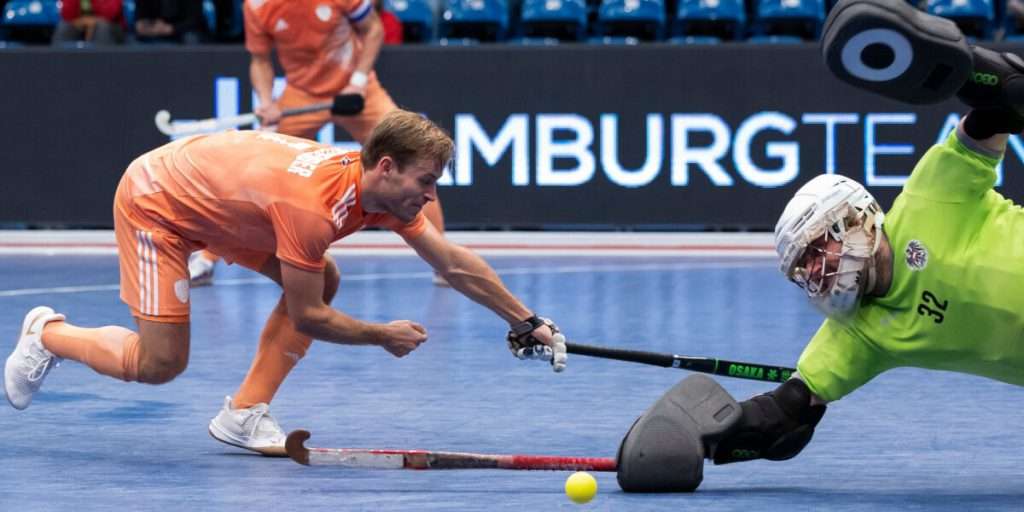 As a hockey fan, Jeroen Hertzberger enjoys his first title tournament with the Orange in Hamburg, but the sportsman in him is disappointed that the team is playing for bronze today and not for the European title. “The tournament is a great experience anyway. I enjoy every second between the beams. I already look back on it […] 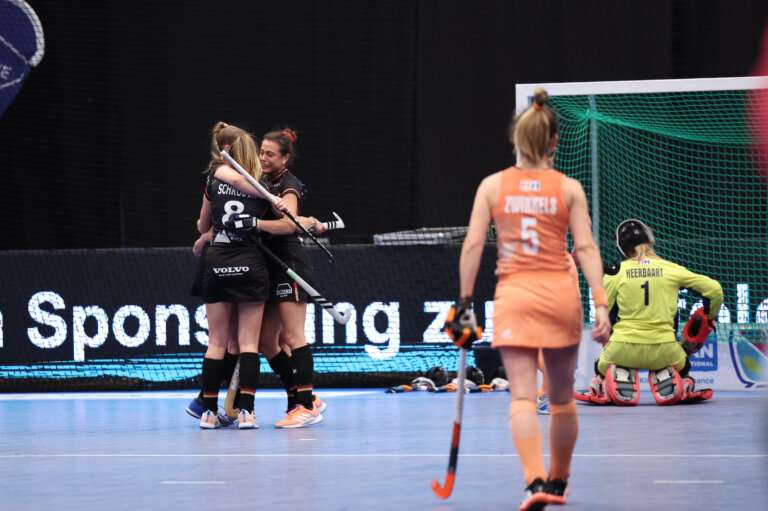 In the lion’s den, a bravely fighting Orange failed to crown itself European indoor champion among the women. In a blistering final in a steaming Sporthalle Hamburg, the Netherlands remained a contender for the title until the final whistle, but eventually had to bow to host country Germany: 5-4. It is the third lost European final in […] 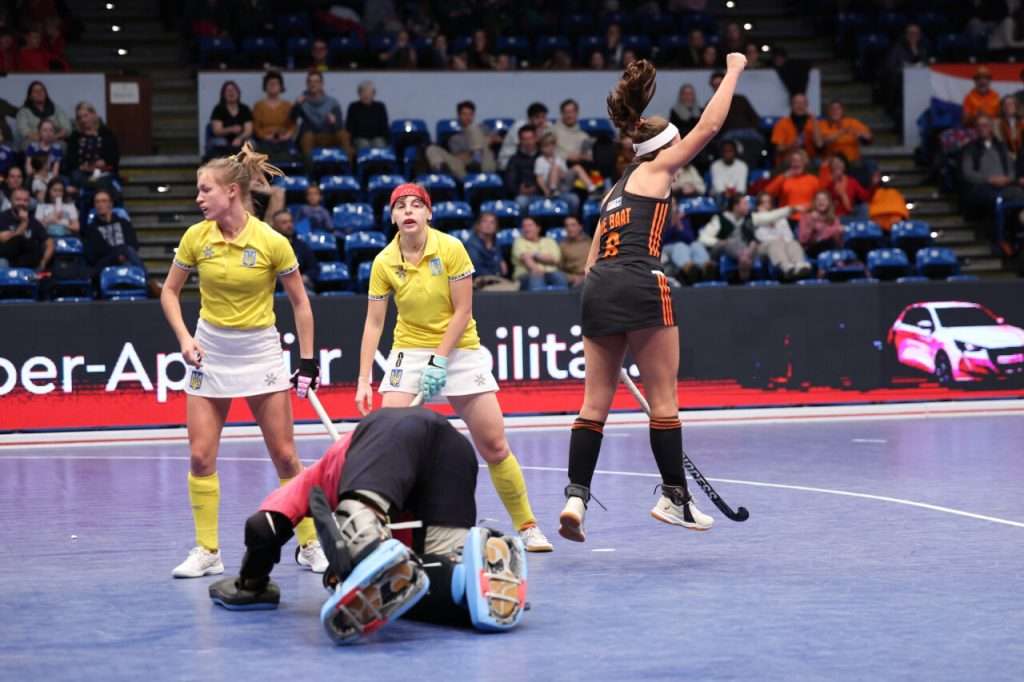 The Oranje Dames Zaal will face Germany in the European Championship final on Saturday afternoon. The team of national coach Kristiaan Timman qualified for the final battle on Friday evening by beating Ukraine in the last group match with big numbers: 12-1. The Dutch women now have less than twenty hours to prepare for their fifth […] 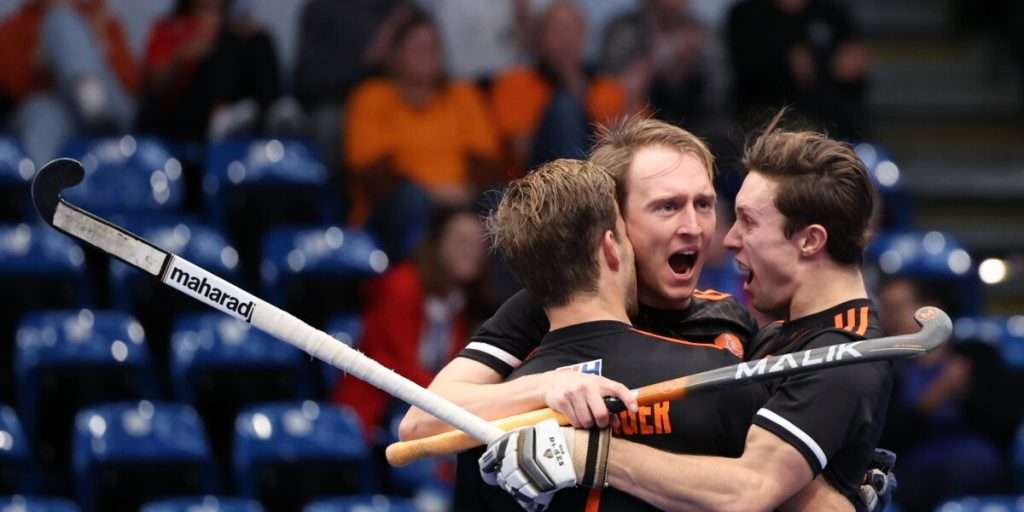 In an exciting and at times crazy third group match, the Oranje Heren won 10-7 against Belgium. Just like against Germany, Robert Tigges’ team had to work hard to make up for a deficit. This time, the comeback – after a 1-5 and 3-6 score – also paid off in the form of three points. The Dutch […] 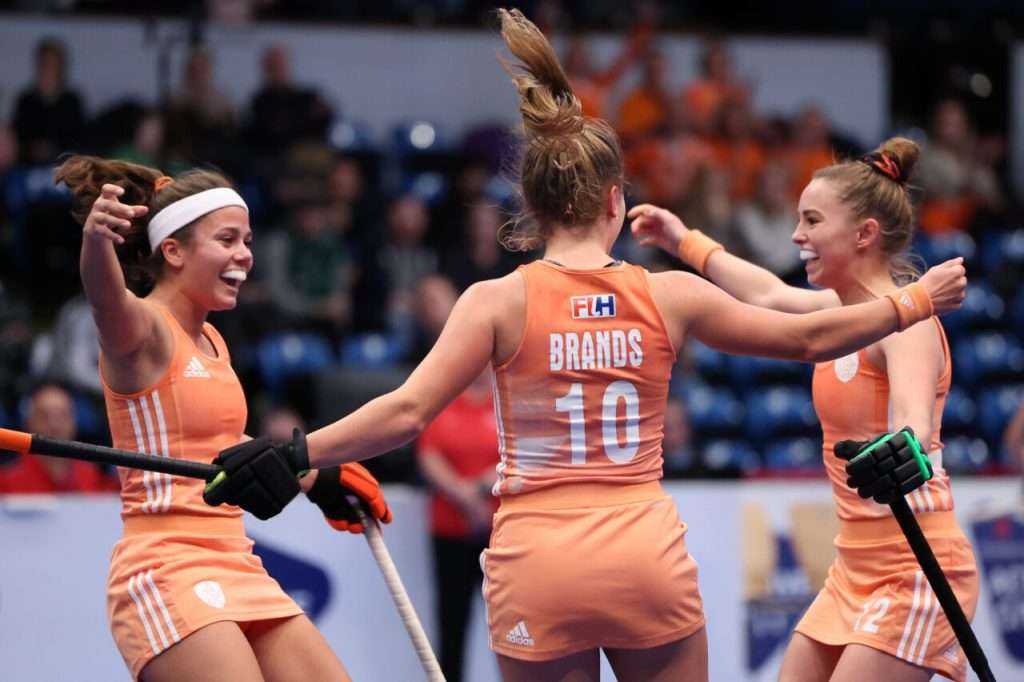 The Orange Ladies suffered the first defeat of the European Championship in Hamburg in a fascinating hockey battle with Germany. In an open duel plenty of opportunities, technical highlights and hard fouls, the team of national coach Kristiaan Timman was left behind 2-4, after a 2-0 lead. For the first time since the 2018 World Cup, […]

Despite the defeat against Austria in the second meeting of the Euro indoor, the Belgians can continue to nurture certain ambitions in the tournament. But, for that, it will be necessary to confirm the performance achieved against Germany and above all to correct the imperfections of the duel against the world number 1. After having shared […]

Belgium: Solid Entry Into the Indoor Red Lions at the Euro 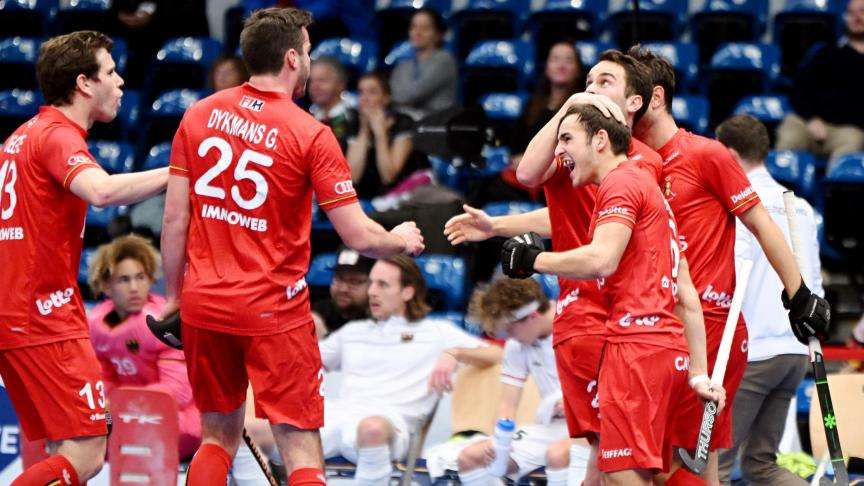 The Belgians shared the stake with the German world champions in their first duel of the competition. A convincing result but a performance that offers, above all, magnificent prospects for the rest of the tournament. Lhe Lions did not miss their entry into this European Championship. They delivered a very high performance against the local team, surprised […] 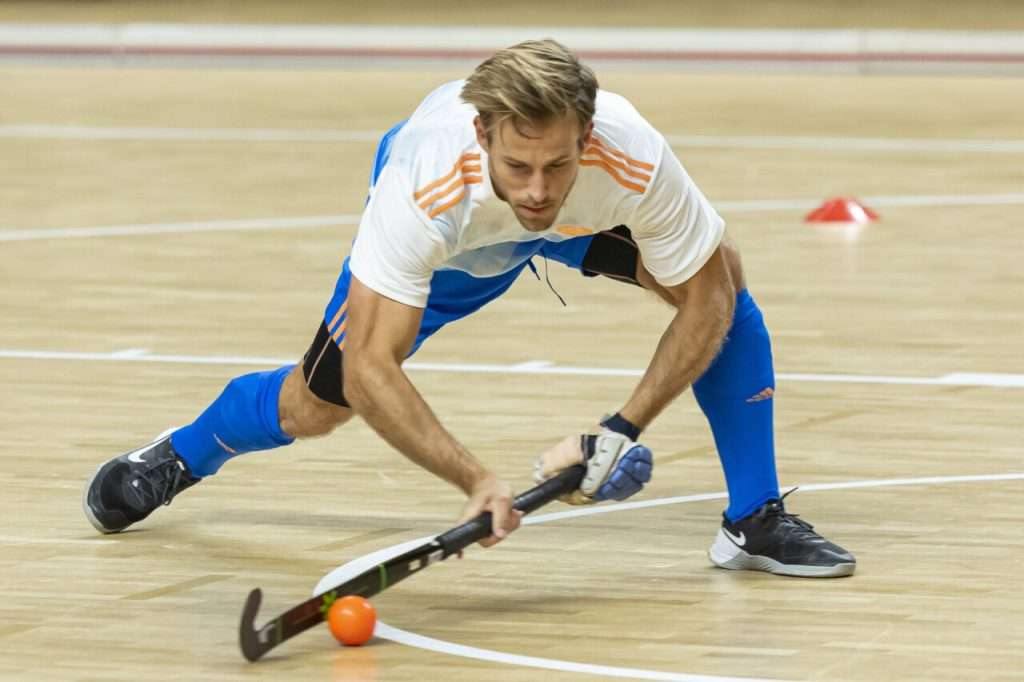 National coach Robert Tigges of the Oranje Heren Zaal has announced his selection for the upcoming European Championship. The battle for the men’s European title will take place in Hamburg from 8 to 11 December. The team of twelve contains six players who have never played with the Orange in a title tournament before: Bram van […]