For the second season in a row, Bloemendaal can add a championship bowl in the already richly filled trophy cabinet. A title, number 21 in club history, that feels very different from that of 2019.

The cravings were great, two years ago. The proud, illustrious Bloemendaal had not become national champion for nine years. A drought they had not experienced on ‘t Kopje since the eighties. Okay, the EHL was won twice in between. Those were by no means consolation prizes. But what those Sparrows wanted to reclaim that title. They were outstripped by – and successively – Amsterdam, Oranje-Zwart and Kampong, who won the national championships several times in a row between 2010 and 2019.

‘That title of two years ago was very emotional’, says Pepijn Post, board member of top hockey at Bloemendaal. ‘Not only because of the full stands, but also because of the long drive to that championship. We were really craving it. A whole generation of players, but we also as a club. We have been working towards that for some time. To that new title. When it worked, you really felt an explosion of recent years, fueled by that swirling mass. But rationally, this one is more handsome. Keeping an eight is harder than getting an eight, right? That makes this title perhaps even more satisfying. ‘ 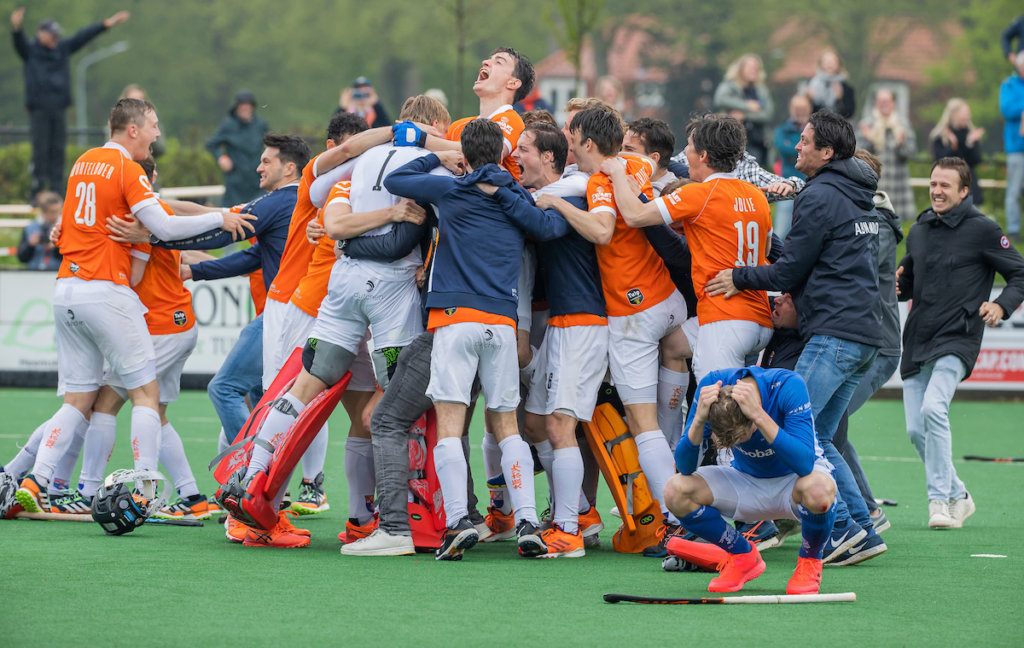 Great joy at Bloemendaal after the win in the second final. In the foreground Silas Lageman of Kampong is disappointed. Photo: Koen Suyk

The ooh’s and the ah’s

That swirling mass. It was the biggest loss of the play-offs. All season. The audience with its ooh’s and ah’s. Bloemendaal had set up a plan together with the municipality to allow previously tested parents to watch the finals. But a bunch of people under an umbrella is something different from a twelfth man, who makes the final bombastic.

‘In normal seasons you build up to the play-offs during the year. Do you also notice that at the club, with the audience. Now we had to look for it much more within ourselves’, says Roel Bovendeert, who was already there in 2010 during the last national championship under Max Caldas. ‘Much more than in other years, it was about intrinsic motivation. Watch the second semifinal against Den Bosch. In the rain, on an empty complex. That doesn’t feel like playoffs. But you still have to want to be there. Even then. ‘

Glenn Schuurman, who came to ‘t Kopje from MEP eleven years ago together with Bovendeert, is in complete agreement with his buddy. ‘Despite everything that went differently than usual, we continued to perform stoically. I am quite proud of that. Especially when you realize that we were doing so well in the canceled season. We constantly had in mind that we had to finish another trip, which we started at the beginning of the previous season. That worked out perfectly. ‘ 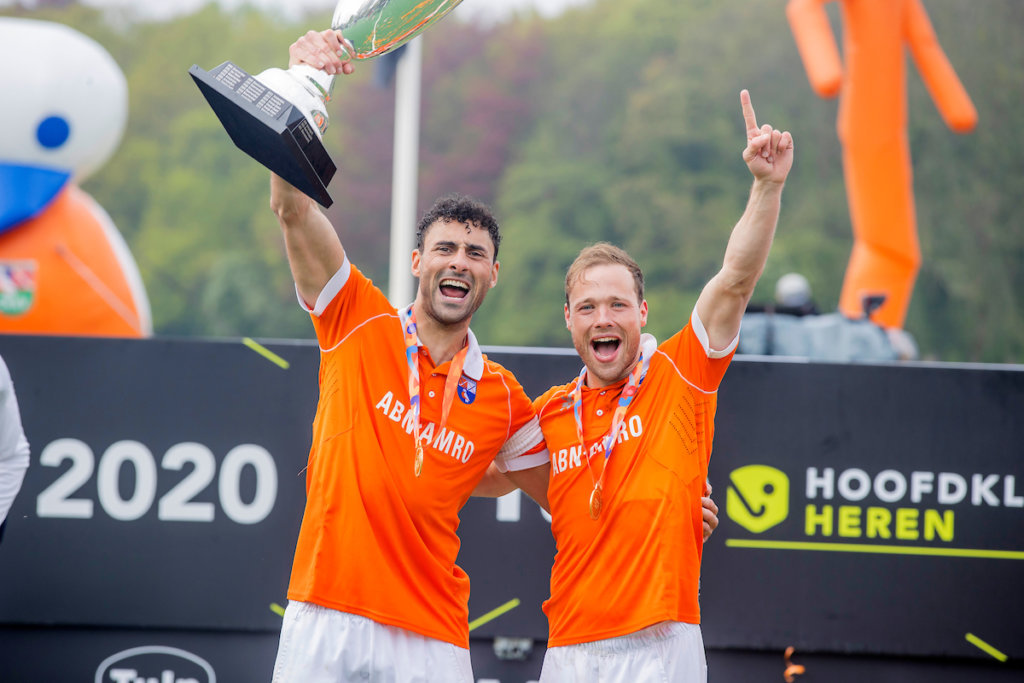 Favorites role, under a different trainer

You would almost ignore the fact that there was also a coach change in between. Last summer Michel van den Heuvel, the man who gave Bloemendaal back its shine, was succeeded by Rick Mathijssen. ‘Of course that led to changes,’ notes Schuurman. ‘Michel is super structured. Rick is more outgoing and takes more risks. He will let you continue more often. We have scored the most goals, but also got more against it. The basis is well established under Michel and the group has not changed much. But Rick did add his own sauce. ‘

The 2019 title changed the face of Bloemendaal. The challenger suddenly became the favorite. ‘If you still have to become champion,’ people ‘look less at you,’ said the captain of De Mussen. ‘Now you are constantly being watched. Everyone wants to win from you and the expectations are very high. ‘

Bloemendaal was therefore the ‘team to beat’, the benchmark. But when it came to title candidates this year, a different name was also mentioned. Of course, Kampong’s. The other finalist. 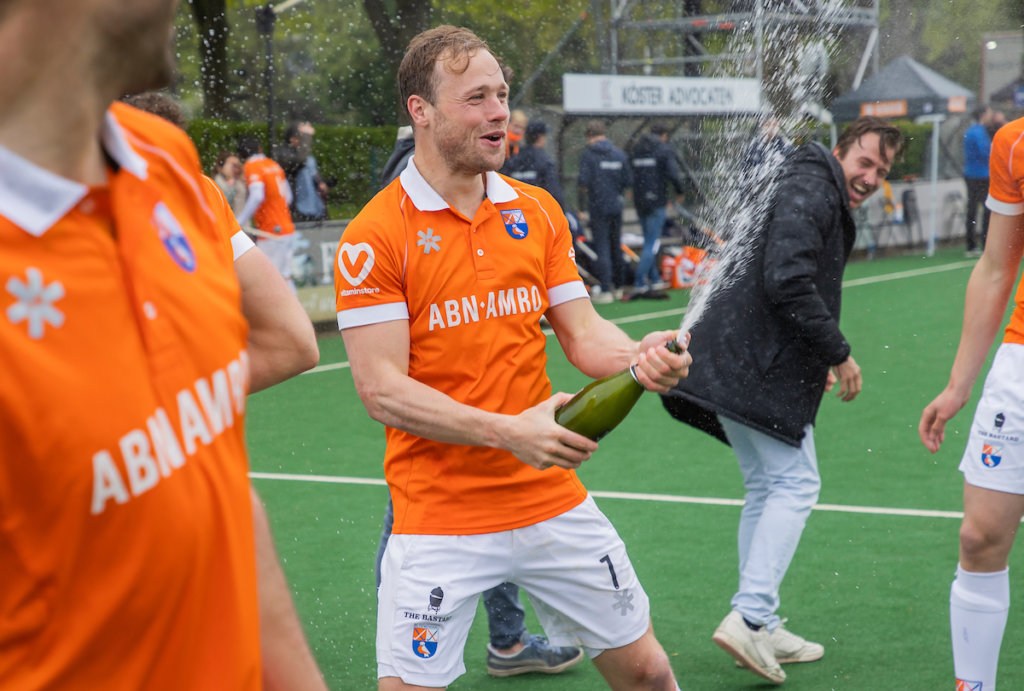 Roel Bovendeert is celebrating on the field. Photo: Koen Suyk

Strike at the right time

“It was very quickly clear that there were two favorites in this competition,” says Bovendeert. ‘We worked towards that peak. In the meantime, as a group you keep each other eager. I was brought up with that feeling here. That’s in the club. When you come to Bloemendaal as a young guy, you will hear it immediately: if you have a bite, you have to get it. Go for it. Regardless of the situation. Even in an empty stadium. Even in the rain. That culture is passed from generation to generation. Glenn and I transfer that to the talents of today: play freely, but you know what needs to be done. If you don’t really want to, you will lose out. ‘

That hunger. Stay stoic. Strike at the right time.

‘That mental aspect is extremely important,’ emphasizes Bovendeert. ‘If things go well, we can all play hockey.’

Perhaps that is where the big difference lies with Kampong, which was undoubtedly just as eager to take the title as Bloemendaal. Only the Utrechters went wrong at decisive moments. In the shoot-outs, of course, which were more often missed than cashed in. But also with the yellow card of Sander de Wijn – who knew that he was on edge and missed the second final due to an unnecessary print – and of course the blackout of Floris de Ridder, who got red during the return. 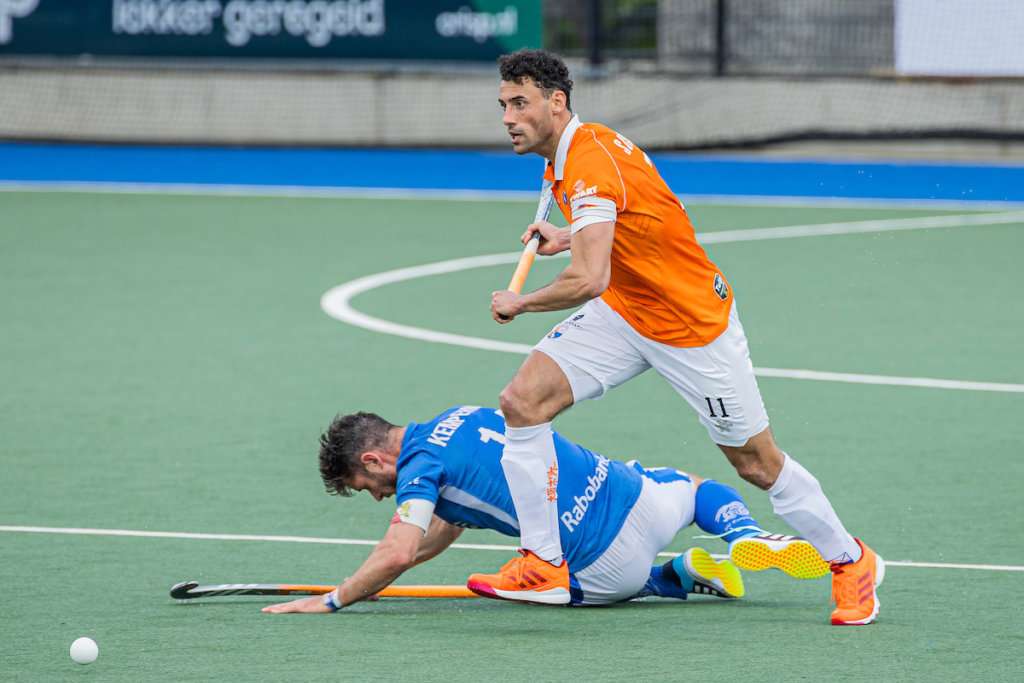 ‘We are always looking for the right DNA,’ says Post. ‘It has to be right and fit. That is why we often involve club people such as Floris Jan Bovelander, Jaap Stockmann and Wouter Jolie in decisions. For example, they were there when we spoke with Rick. We look for new winners with winners. That way, if all goes well, there will always be a hunger for more. ‘

Schuurman: ‘We are performing best over the past three years. Sometimes, like in the finals, with blood, sweat and tears. But we know we have a good team. Even at times when things get difficult. ‘

PrevPreviousIreen van den Assem: ‘Glad that Raoul gave me the opportunity to sit on the couch’
NextInjured Welten: ‘Almost certainly no European Championship’Next