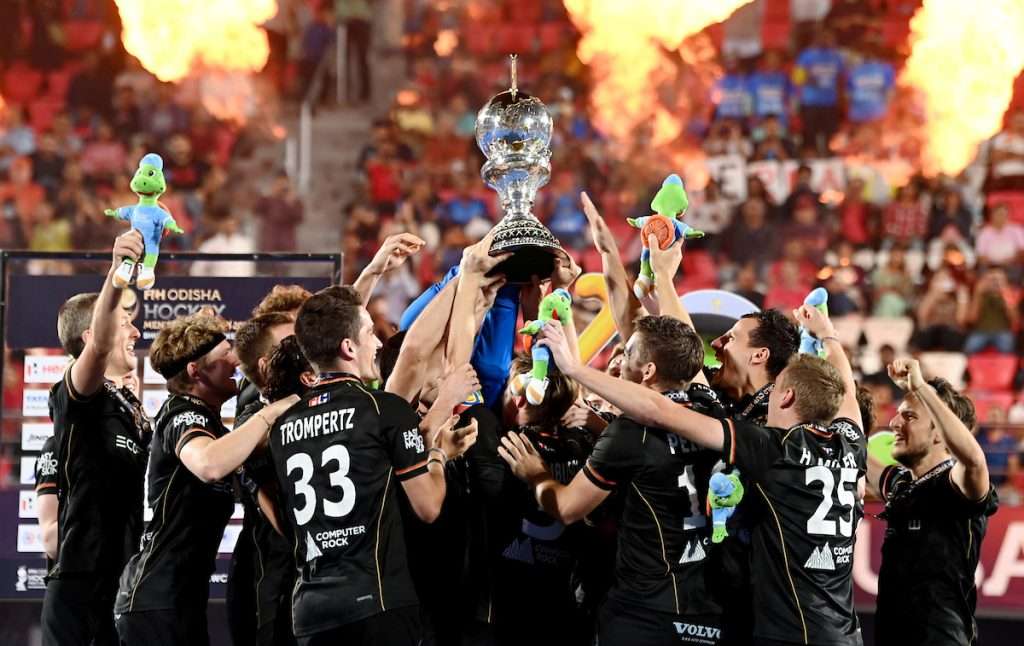 Germany Beat Holders Belgium In Shootout To Win 3rd Hockey World Cup Title Germany on Sunday clinched their third men’s Hockey World Cup title after beating defending champions Belgium 5-4 in shootout in Bhubaneshwar. Trailing 0-2 at the break, Germany scored three goal in the second-half to take a 3-2 lead. However, Belgium equallised in the […] 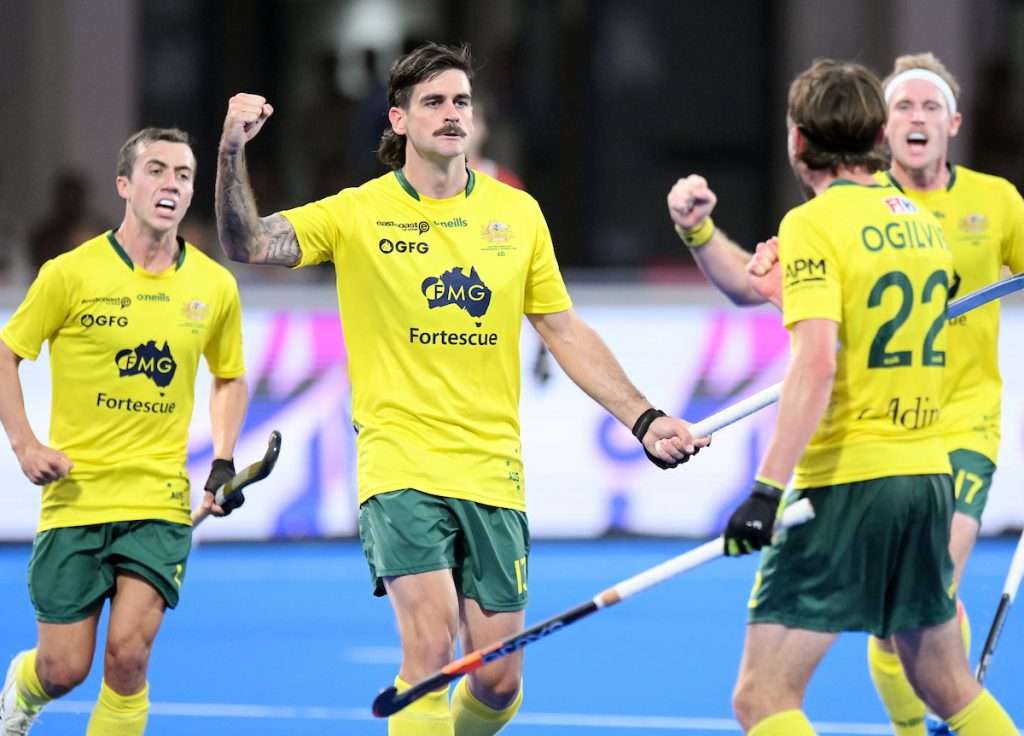 Australia enter WC semifinals for 12th time on trot, title holders Belgium also in last-four. Winners of the 1986, 2010 and 2014 editions, Australia have made it to the semifinals of a World Cup on 11 occasions since the 1978 edition in Buenos Aires. Defending champions Belgium and three-time winners Australia booked semifinal spots in […] 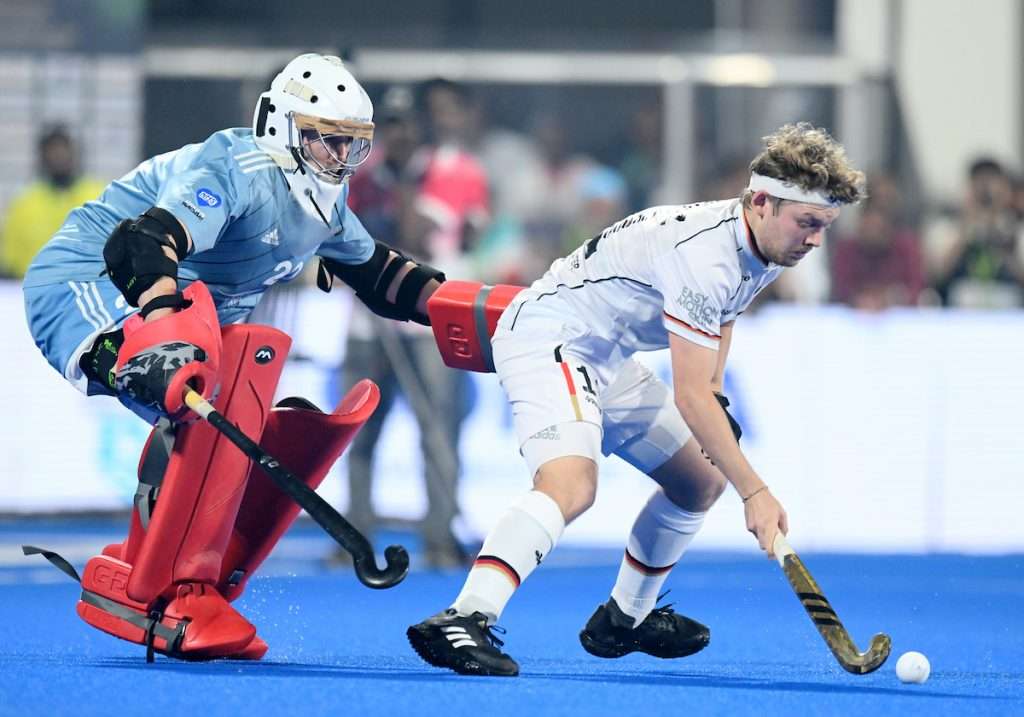 Germany and Netherlands are semi-finalists at the FIH Odisha Hockey Men’s World Cup 2023 earning wins against England and Korea in their respective quarterfinals. In the semi-finals, Australia will face Germany, while Belgium will take on Netherlands, on 27 January, in the Kalinga Stadium, Bhubaneswar.   Match 1: England vs Germany 2-2 (SO: 3-4) Germany were […] 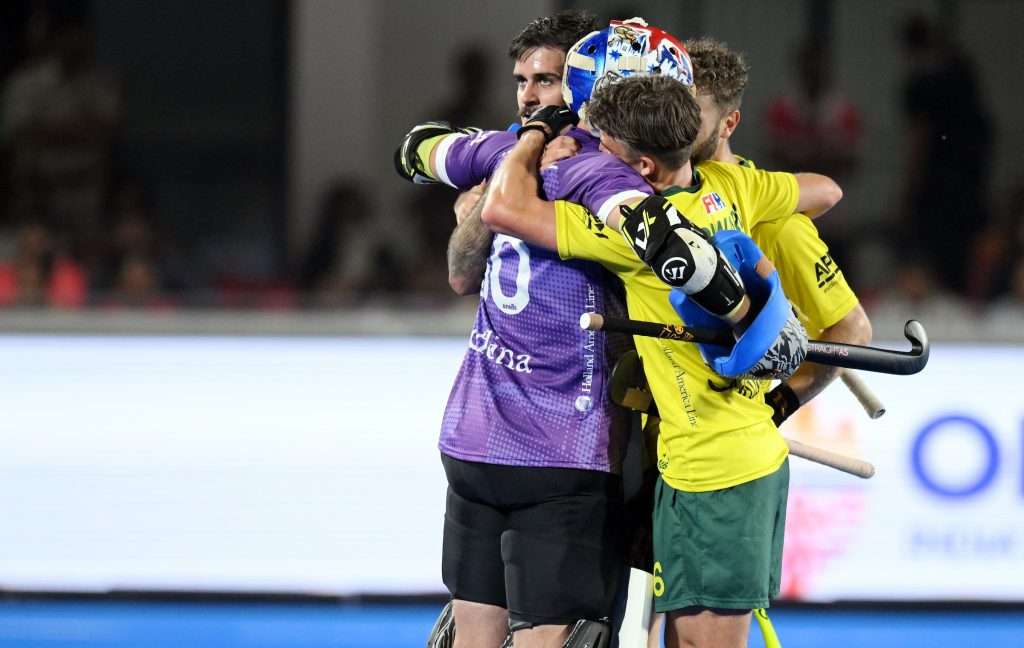 Kookaburras edge past Red Sticks in a thriller while defence carries the Red Lions over Black Sticks Australia and Belgium are the first semi-finalists at the FIH Odisha Hockey Men’s World Cup 2023 earning wins against Spain and New Zealand in their respective quarterfinals. In the semi-finals, Australia will face the winner of the match […] 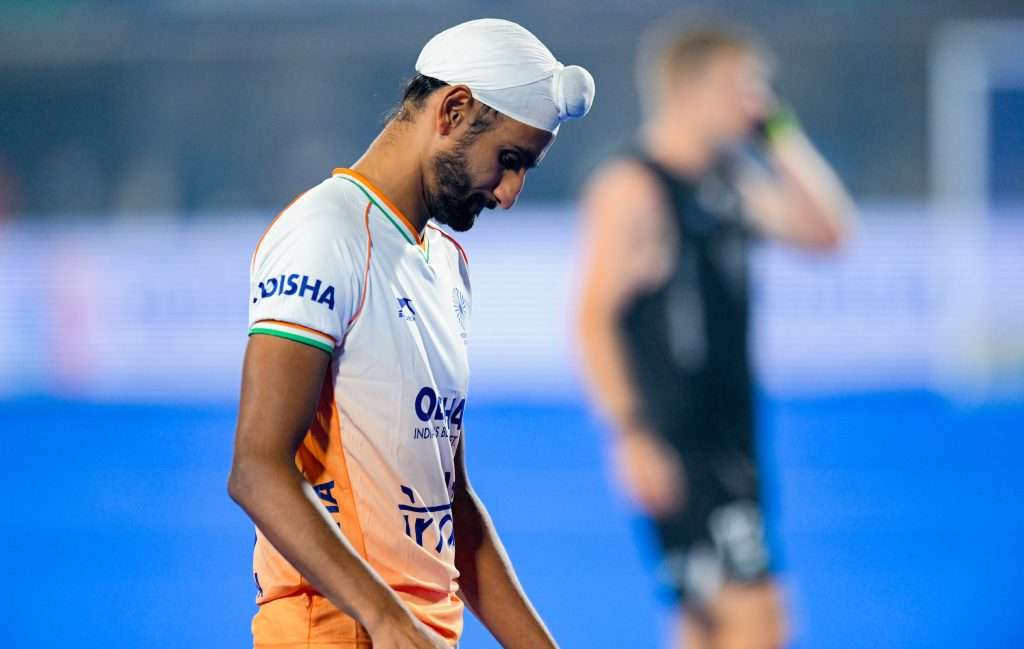 The wait to win their first Cup medal since the 1975 gold and high expectations as the 2021 Tokyo Olympics bronze medallists pulled India down, led to an early elimination. “I am not a hockey fan but my son saw India win bronze at the Tokyo Olympics and started playing the sport. We came to […] 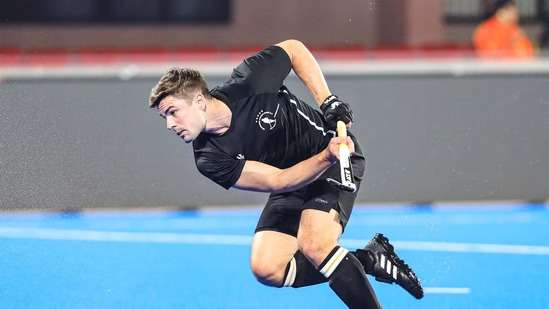 The German national hockey team is in the World Cup quarterfinals. In the crossover game against France, national coach André Henning’s team clearly won 5:1. In the quarter-finals, the German team expects the selection from England, who are also unbeaten. The quarter-finals will take place on Wednesday (January 25, 2023) at 2:30 p.m. German time. Goal scorers: Marco Miltkau […] 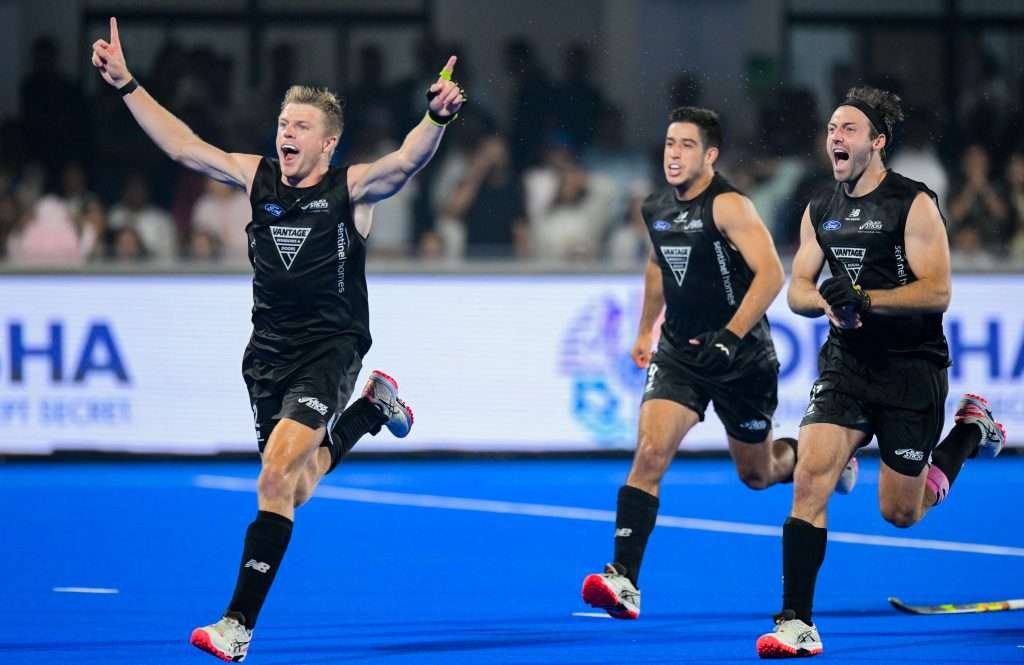 World Cup: How Well-armoured First Rushers Are Successfully Thwarting the Threat of Pcs 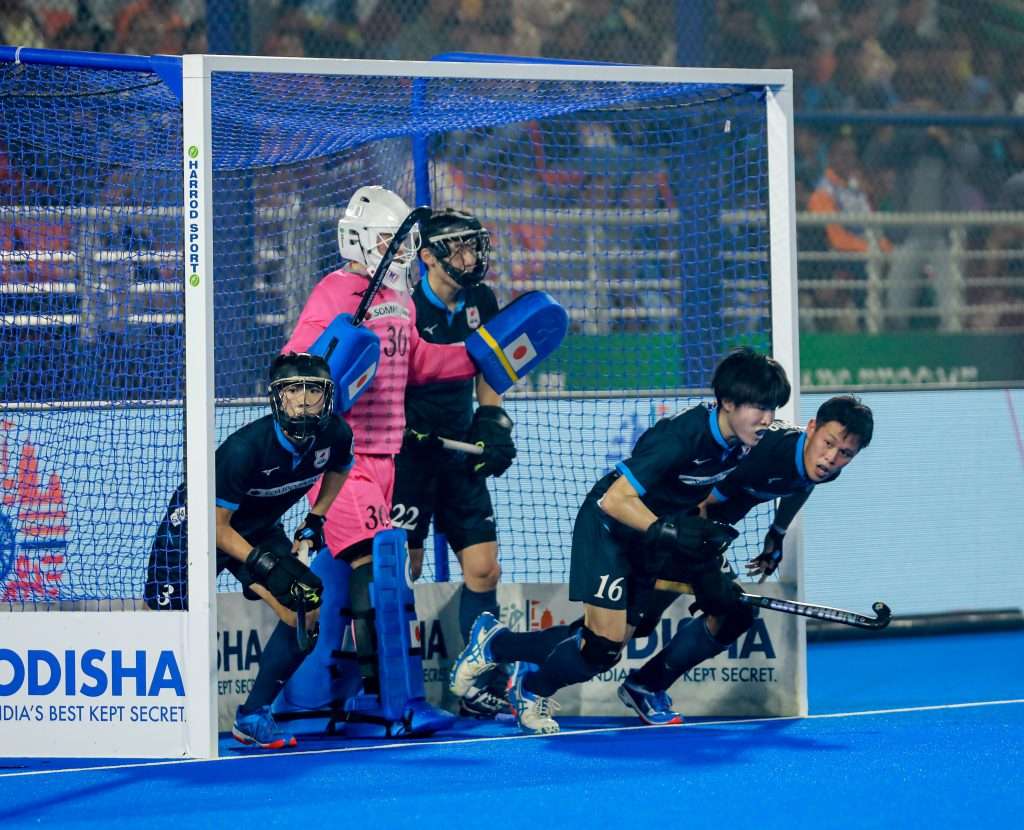 The only time Harmanpreet Singh has found the backboard in the World Cup was when the goalkeeper was not on the pitch. On Thursday, with seconds left in the match, Wales decided to take off their custodian Toby Reynolds-Cotterill for an extra outfield player. Searching for an equaliser, they instead ended up conceding a penalty […] 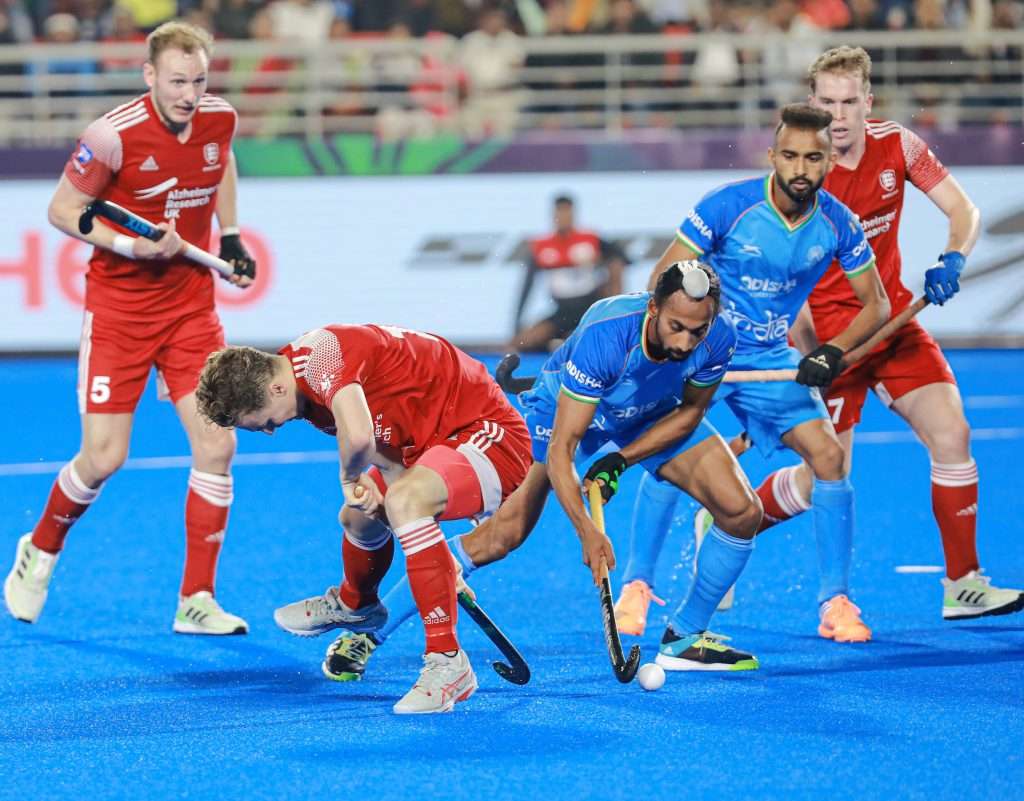 The 24-year-old midfielder has been replaced in the squad by Raj Kumar Pal Hardik Singh, who suffered a hamstring injury in India’s second Pool D clash against England, was on Saturday ruled out of the World Cup. The news came in ahead of the crucial crossover contest against New Zealand at the Kalinga Stadium here […] 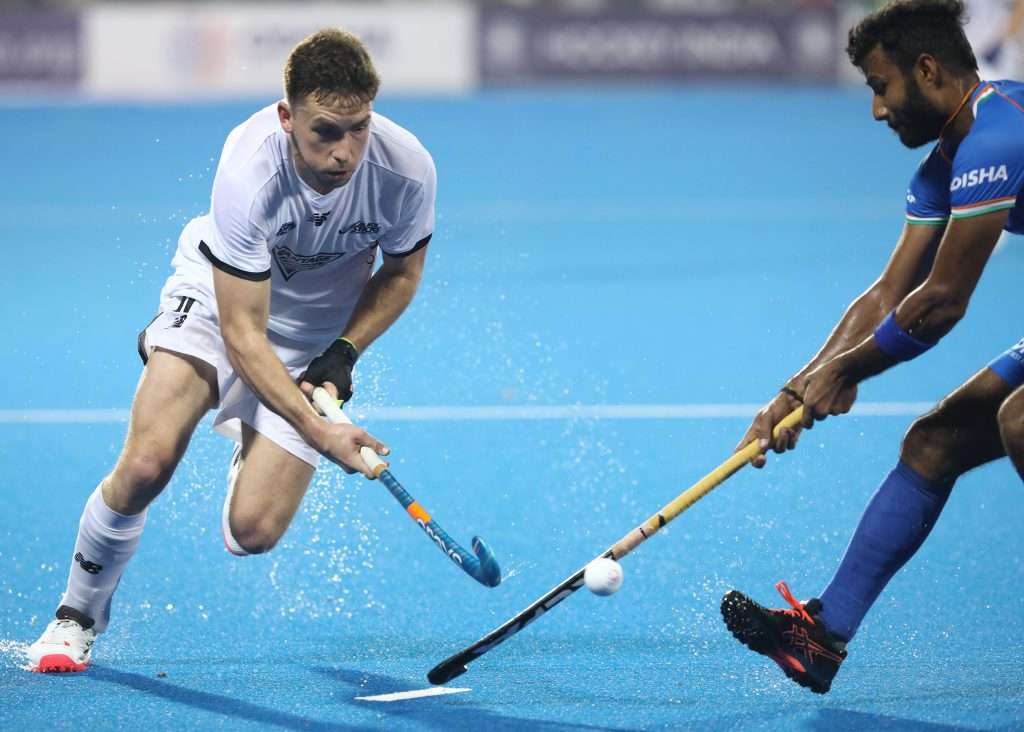 All eyes turn to Rourkela in India when, in just over 24 hours, the Vantage Black Sticks Men kick off their FIH World Cup campaign against Chile. Preparations are complete after strong warm up games against India (3-0 over three quarters), Wales (2-2 over three quarters), England (2-0 over two quarters), where the VBSM were […]