Seventeen years after Peter Elders whistled his hundredth international match, Coen van Bunge will receive the Golden Whistle on Wednesday at the FIH Pro League match between Belgium and the Netherlands . On the eve of that game, we watch his first, best, worst and most memorable match with the Dutch arbiter. “The images of my worst match still hurt too much to look back.”

Coen van Bunge: ‘I was 27 years old at the time. Certainly by Dutch standards it was a young age to make your international debut. It was a friendly international match, but both teams were on edge in preparation for the Olympic Games in Beijing. The game was played at Beerschot. Full house. I whistled with Roel van Eert. It was a different time. Australia won 6-0. For me a dream came true. But how nervous I was. Suddenly I was on the field next to world class players like Jamie Dwyer and Mark Knowles. I thought: I can’t do this at all. Things got better once the game started. I gave my first green card to the Australian Luke Doerner. I was quite proud. That match will always stay with me. ‘ 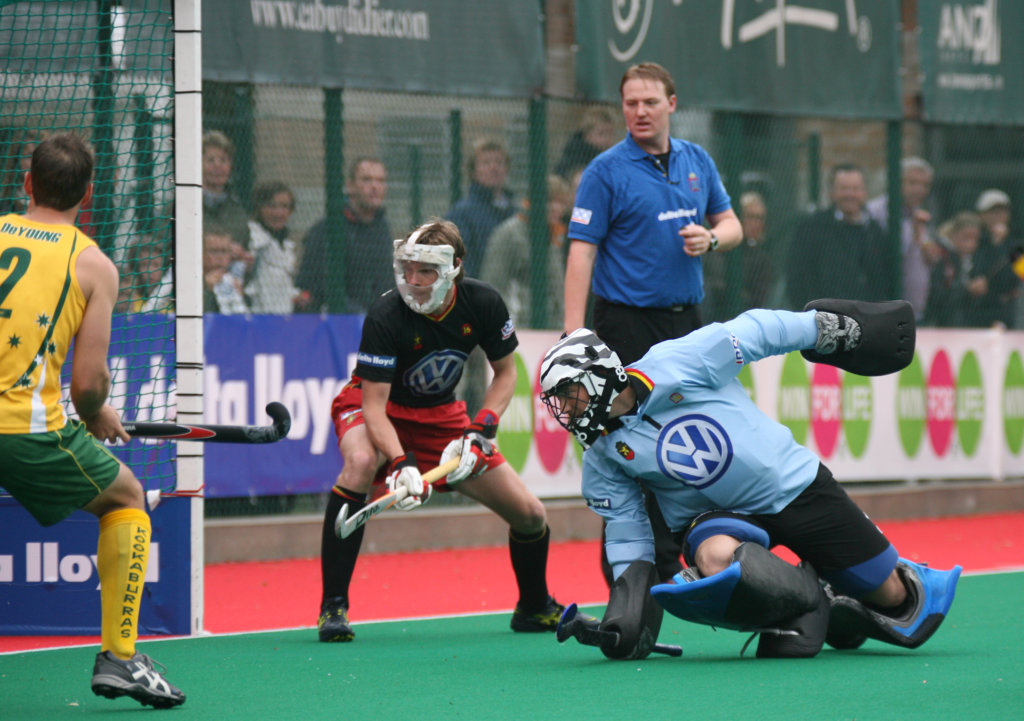 ‘It’s always dangerous to say you whistled well, but those two games were all right. I lived up to those duels for days, knew that with an Olympic ticket for both teams there was an awful lot at stake. Then they can expect me to do everything I can to be fit and good in those matches. I then ask the utmost of myself, I am fully focused. Those kinds of international top matches cannot be compared to, say, Almere against KZ in the big league. Sometimes I am mainly concerned with preventing players from getting into each other’s hair. Internationally, it’s more about managing the game. With Spain against France, for example, I was mainly busy trying to curb the emotions of the Spaniards. ‘ 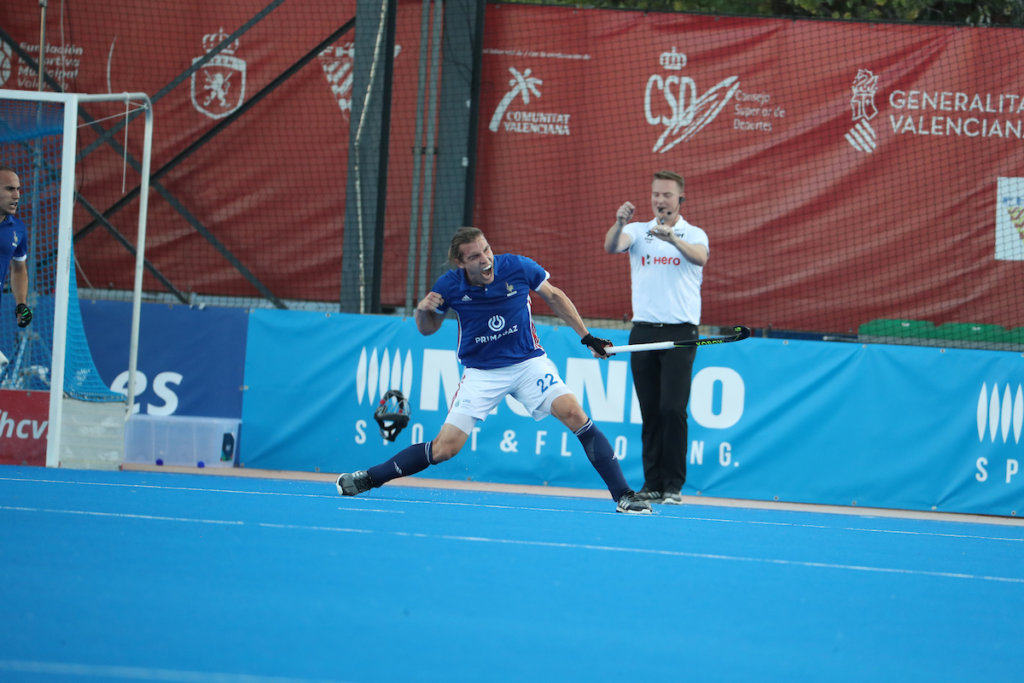 ‘Spain and France were very close to each other. The French appeared in both games. But in the end, the Spaniards won. In terms of flutes, I was in a flow, together with my Indian colleague. All decisions were good. No video refferal was requested from me. The players trusted that what I decided was right. That feeling is great for a referee. Afterwards we received compliments from all sides. Also from the French, while it was very sour for them. ‘

‘This game proved that it is not always a joy to whistle. It didn’t go a long way. I was late everywhere, misjudged the situation again and again. It went from bad to really bad. I just wanted one thing: that that match would be over as soon as possible. I actually look back all the international matches that I have called, but I have never seen those images again. It hurts me too much to look at it. ‘

‘I learned that in those difficult moments I have to go back to the basics. Keep it simple. During the game I tried that too, but it was impossible to stop. I had to stick plasters, but at some point the plasters ran out. After that match, I was welcomed by my colleagues. That didn’t help much. I was so angry with myself. I looked up to the next game. At times like that I always call Philip Schellekens, himself a former international and umpires manager. He helped me get back to basics with tips. That went well. Fortunately I didn’t have to whistle that tournament for Pakistan and Argentina anymore. I didn’t want to face it at the time. ‘

Pakistan had reached the final at the expense of India. After that semi-final, the Pakistanis had misbehaved towards the Indian supporters. That turned into quite a riot and resulted in the entire stadium being against Pakistan. Thousands of Indians cheered when Germany had the ball and whistled, shouted and ranted like mad when Pakistan attacked. What a witch’s cauldron that was. The whole game I was mainly busy keeping the players of Pakistan calm. I was lucky that I knew Muhammad Rizwan and Mehmood Rashid from then still Oranje Zwart. Through them I communicated with the Pakistanis. The Germans won. Let me put it this way: that was not unfavorable for the rest afterwards. 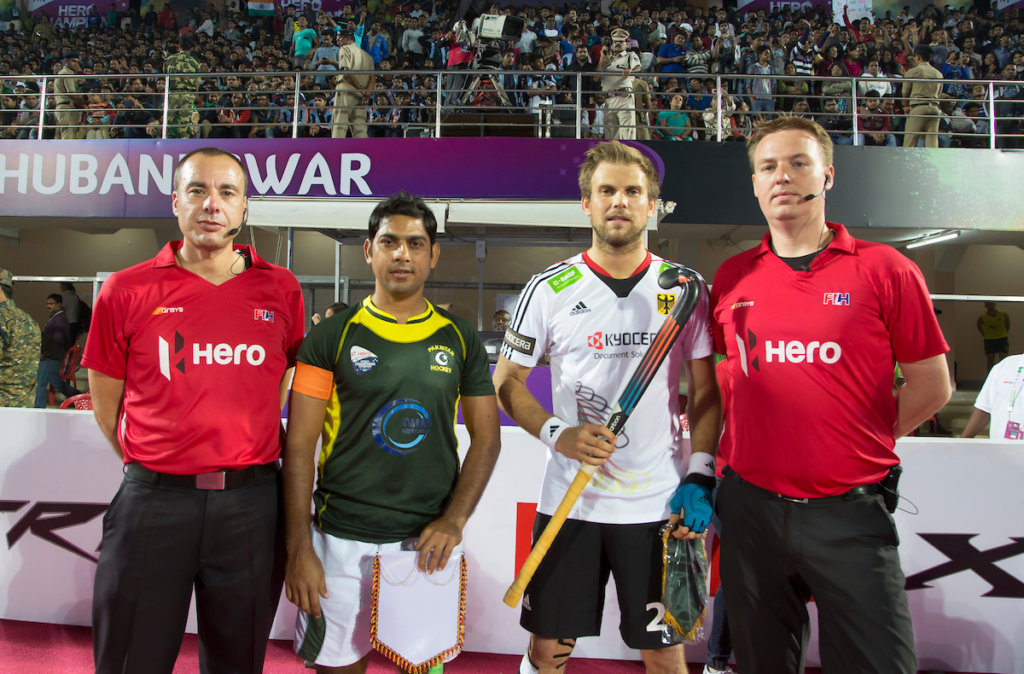 ‘The feeling when the stadium in Antwerp exploded at Victor Wegnez’s 3-2 cannot be described. I still get goosebumps when I look back at that goal. I have rarely seen such a release from players and audience. I whistled that match with Jonas van ‘t Hek. Belgium was 2-0 behind. It became 2-1 on my side and then you felt that the game was going to the Belgians. In that match there was also the famous call from Belgium goalkeeper Vincent Vanasch, who saw a German stop the corner by hand. As a referee this is almost impossible to see. Then you can be happy that there is a video. ‘

‘It was seventeen years ago after Peter Elders that a Dutchman made 100 international matches. That is of course too long a period. I am proud to reach 100. It took me twelve years.
My hundredth is not going to be easy. I already know that. I actually know all the players on the field way too well. Because of the whole situation with corona, I now whistle my home country. I’d rather not do that. I did the same to Great Britain last week. You get strange situations. If only the players keep talking Dutch to me, while I have to answer in English. Together with my Belgian colleague Laurine Delforge, we will nevertheless bring that game to a successful end. 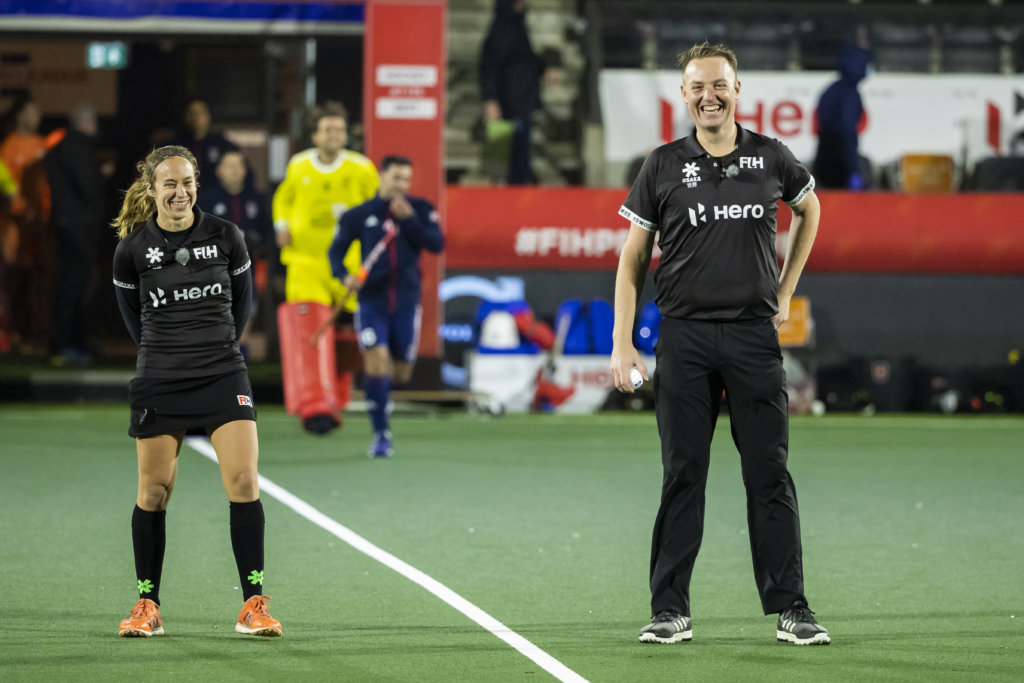 ‘I am now 39 years old. I don’t think about quitting myself. As long as I like it, I will keep going. I don’t know how many international matches I can still get. Peter von Reth, very respected by me, is a record international with 145 international matches. I would like to succeed him. That should be possible with the competitions to come in the coming years. But I challenge any young referee to break that record quickly. In any case, I hope that it will not be another seventeen years before the next Dutch referee whistles a hundred international matches. ‘